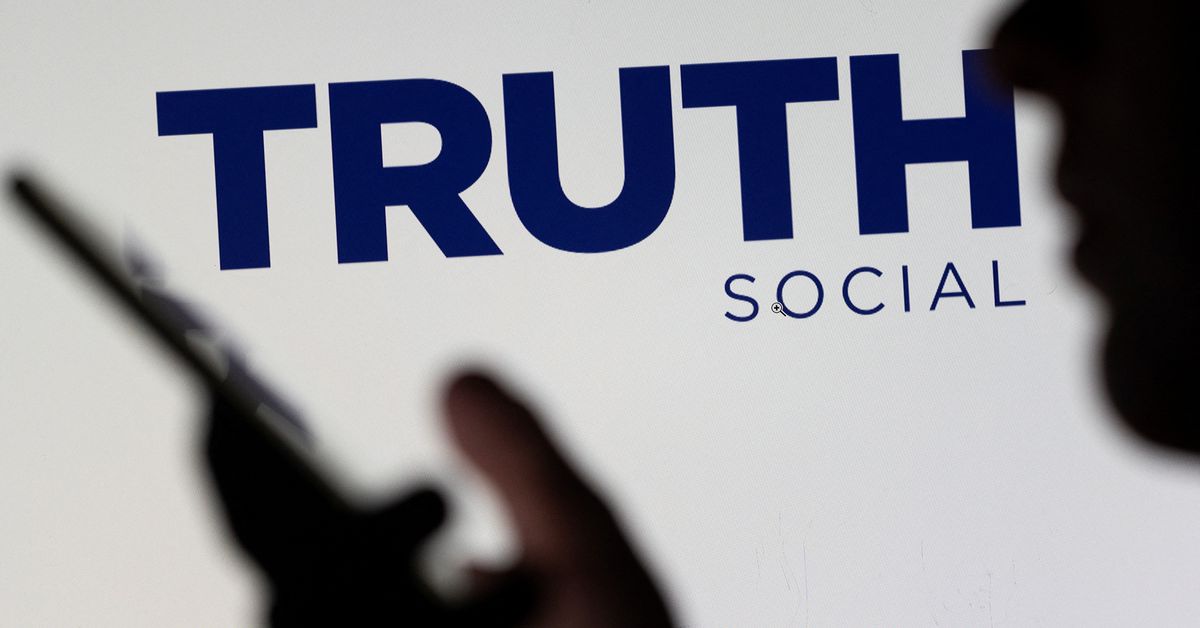 Truth Social was downloaded 170,000 times since its launch, according to research firm Apptopia. read more

The app’s launch could mark Trump’s return to social media after he was banned from Twitter Inc (TWTR.N), Facebook (FB.O) and Google (GOOGL.O) following an attack on the U.S. Capitol by his supporters last year. read more

The Truth social network logo is seen displayed behind a woman holding a smartphone in this picture illustration taken February 21, 2022. REUTERS/Dado Ruvic/Illustration

“From a fundamental perspective, it’s too early to tell. Trump has a huge following and they could move from traditional social media to this platform… but it depends on how good the app is.”

New users faced trouble signing up for the free app or were placed on a waitlist that cited “massive demand” soon after the launch. It was unclear if the issues were resolved by Tuesday.

Trump Media & Technology Group and Digital World did not immediately respond to Reuters’ request for comment.

Reporting by Medha Singh in Bengaluru; Editing by Saumyadeb Chakrabarty