Trump is in Georgia, trying to shore up support in a critical battleground state. 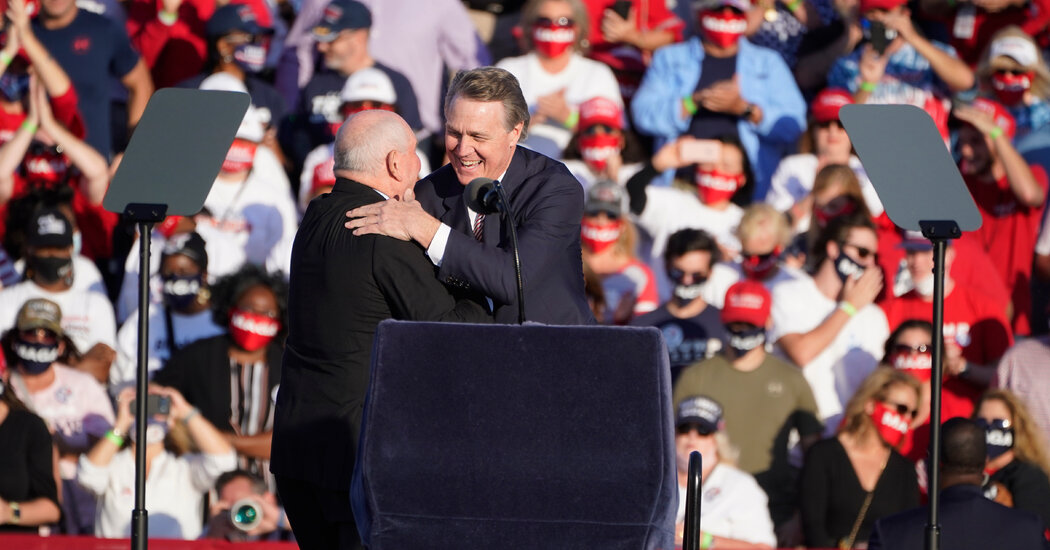 Thousands of President Trump’s most ardent supporters gathered in Macon, Ga., on Friday evening for a rally at a regional airport. It was Mr. Trump’s second stop of the day, after Florida, to a battleground state he is desperate to win.

The sea of Trump supporters overtook the area in the hours leading up to the rally, a sign — in their words — of the grassroots energy for the president’s campaign. However, the fact that Mr. Trump is in Georgia at all was a bad sign to some political observers, who noted that the state has not voted for a Democratic presidential candidate since 1992.

In recent years, Democrats have looked to Georgia as their electoral hope of the future, their best shot for breaking the conservative grip on the American South. Statewide candidates like Stacey Abrams came close in 2018, and the demographic changes that made her close race possible have continued apace.

This year, Georgia has shattered records for early voting, and polling has indicated that it could be among the closest states in the country come election night. Georgia also has two Senate elections in 2020, making it a key state in determining the balance of power of Capitol Hill as well.

For Republicans, and Mr. Trump’s campaign, their electoral hopes have centered on increasing turnout from rural regions and among white conservatives, which appeared to make up the bulk of the crowd waiting in Macon. Democrats believe they have made inroads with suburban woman and moderates, while a rising tide of young, nonwhite voters has shifted the state electorate in their favor.

According to data provided by Fair Fight, the voting rights organization started by Ms. Abrams after her loss in the 2018 governor’s race, more than 800,000 voters who were not eligible to vote in 2016 are eligible to participate in 2020.

The analysis shows that people of color make up 49 percent of these newly eligible voters, and that 45 percent of them are under 30 years old. Neither group is part of Mr. Trump’s base.