Trump has a long history of language that incites and demonizes. 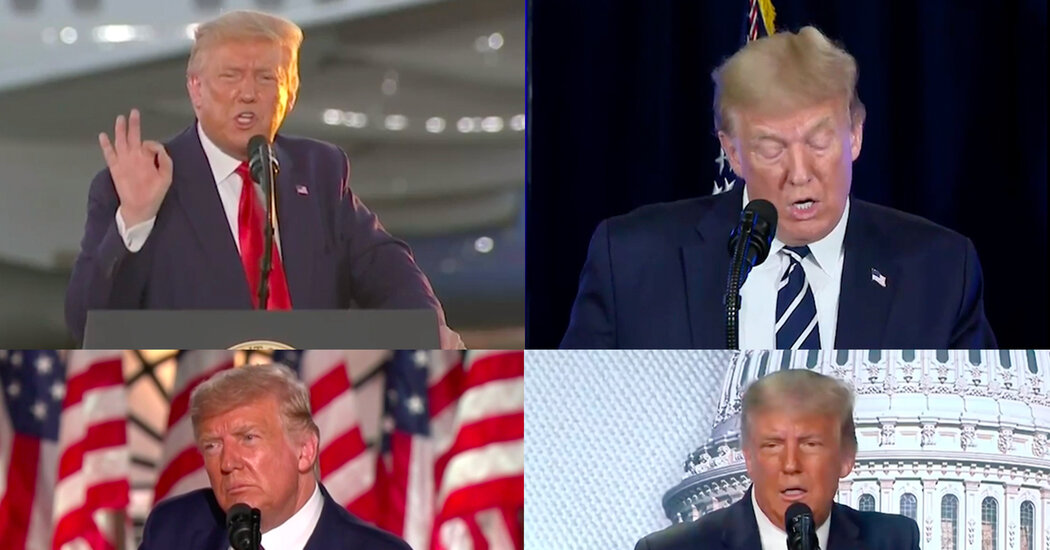 President Trump has seized on the response in the streets to police brutality against Black men and women to bolster his re-election campaign, employing provocative and sometimes incendiary language and images to incite his followers, demonize his opponents or both.

He has sought to conflate all protesters with the small minority of people who have looted stores, started fires and engaged in violence against police officers. He has blamed street unrest on Democratic mayors and governors and even Joseph R. Biden Jr.

He has also repeatedly threatened to deploy federal forces. And especially since a man affiliated with a right-wing group was shot and killed in Portland, Ore., on Saturday night, he has seemed to encourage freelance action by his own supporters who have showed up as well in places like Kenosha, Wis., eager to counter the protesters and sometimes engaging in violence themselves.

Mr. Trump’s approach, intended to divert attention from the human and economic costs of the pandemic, is consistent with a career of combative politics that play to racial animosities, going back to his time in business.

Since becoming president, he has seemed to equate white supremacists marching to preserve a Confederate statue in Charlottesville, Va., in 2017 with the people who demonstrated against them. And in 2018, during the midterm congressional campaign, he repeatedly warned that caravans of would-be immigrants heading to the southern border posed a national threat, a topic he quickly dropped after the elections.