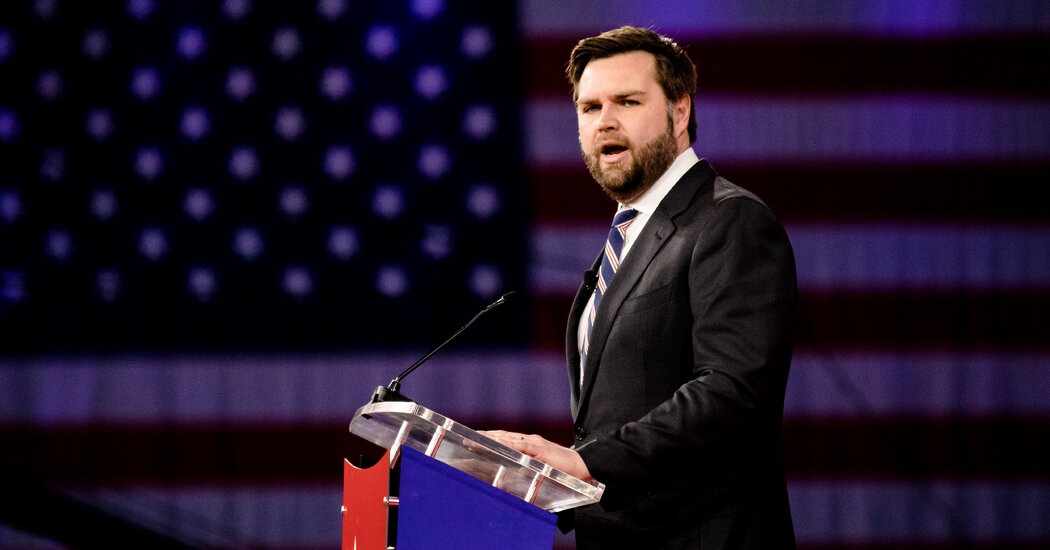 Ahead of the endorsement, many Republican county party leaders expressed frustration that Mr. Trump might select Mr. Vance, the author of the best-selling 2016 memoir “Hillbilly Elegy.” They noted that he had spent much of his life in San Francisco and had been critical of Mr. Trump even as they worked to elect him.

“He is the guy who worked against Trump and spoke against Trump and told everybody he didn’t vote for Trump,” said David Johnson, the chairman of the Columbiana County Republican Party, who has endorsed Ms. Timken.

Mr. Johnson helped circulate the letter from Republican leaders in Ohio, which stated that Mr. Vance was not a registered Republican and provided Mr. Trump with a list of negative comments that Mr. Vance had made against him, including calling him “another opioid” in 2016.

“While we were working hard in Ohio to support you and Make America Great Again, J.D. Vance was actively working against your candidacy,” the letter says. “He referred to your supporters as ‘racists.’”

Asked for comment, including about the accusation that Mr. Vance is not a registered Republican, Taylor Van Kirk, a spokeswoman for the Vance campaign, said: “When he has voted in primaries, J.D. has always voted in Republican ones. He has a long public history of supporting Republican candidates, including Donald Trump in 2020.”

The campaign also pointed to polling that showed Mr. Vance in second place behind Mr. Mandel, as well as a tweet from one Republican Party county chairman denying that he had signed the letter, and another tweet from the anti-abortion group Ohio Right to Life PAC that expressed support for a Trump endorsement of Mr. Vance.

In the tweet, the group’s chairman, Marshal Pitchford, said that the former president would be making “a fantastic choice” in backing Mr. Vance, adding that he was 100 percent “pro-life without exceptions” and would continue Mr. Trump’s “pro-life victories” in the Senate.