Trump’s tweets on the subject were nothing new: he regularly tries to raise doubts about Biden’s mental and physical fitness for office. On Tuesday, he tweeted out video of podcaster Joe Rogan, who made the flashlight comment on his show.

Trump also retweeted a printed tweet to drive home the point. ‘Biden, to me, is like taking a flashlight with a dying battery and going for a long hike in the woods,’ Rogan says in the clip. 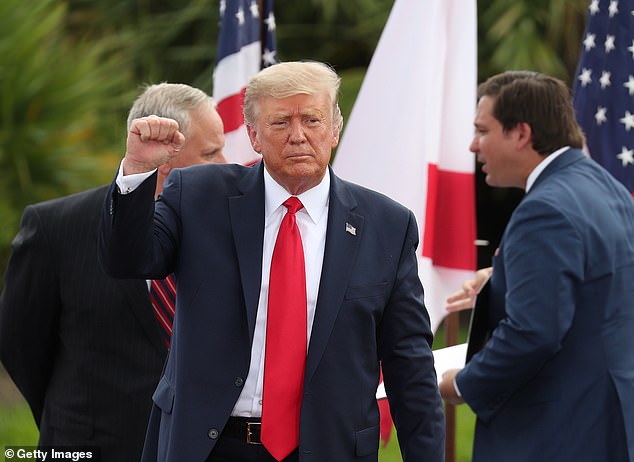 The attacks came as DHS put out its bulletin on Russia’s efforts to muddy candidates’ mental health, having taken no previous public action on the subject since a draft document was circulated in July.

The bulletin warned that Russian was pushing ‘unsubstantiated allegations’ that Biden was in ‘ill-health,’ and was reported by ABC News. 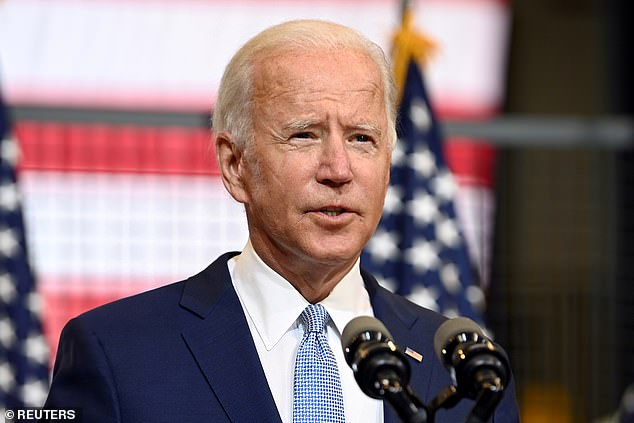 ‘Look at how [Trump] steps and look at how I step. Watch how I run up ramps and he stumbles down ramps, OK?’ Biden said 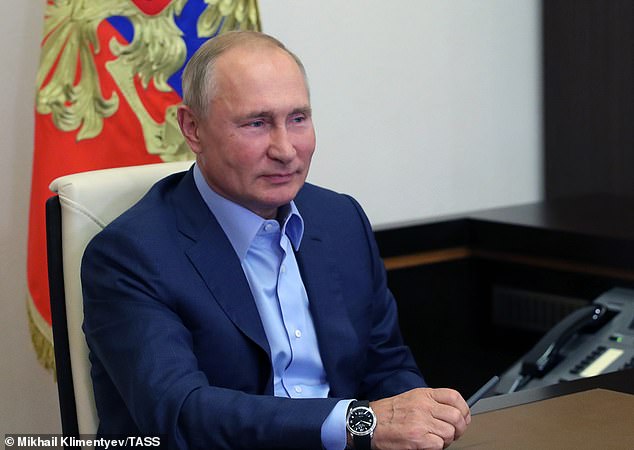 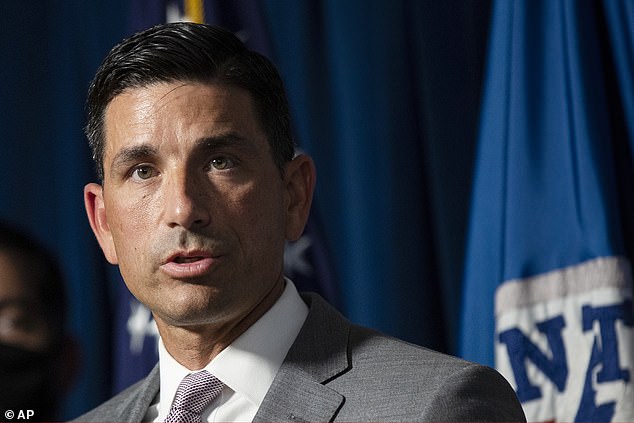 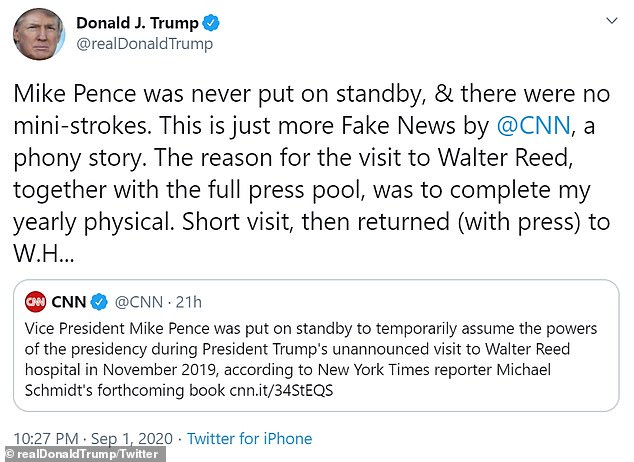 Trump asserted on Twitter that ‘there were no mini-strokes’ 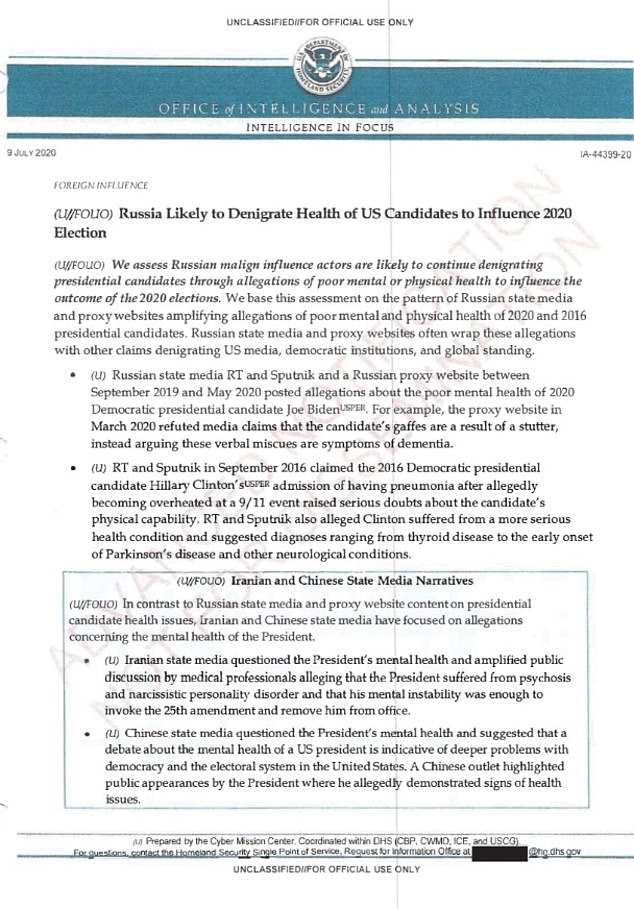 A draft of the bulletin warned Russia was likely to ‘denigrate’ the health of U.S. candidates 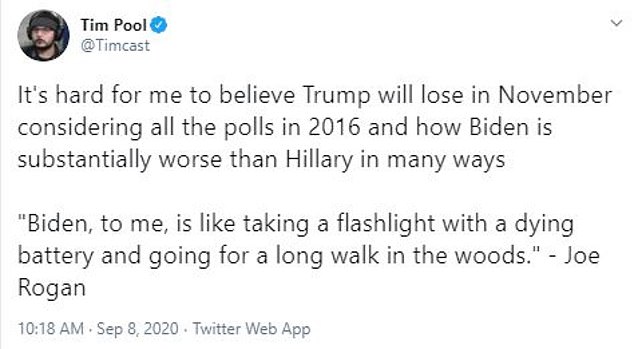 The claim about promoting ‘allegations about the poor mental health’ appeared in a bulletin titled in draft form: ‘Russia Likely to Denigrate Health of US Candidates to Influence 2020 Election.’

‘Russia is using both covert proxy websites and overt state media to amplify these allegations, often in conjunction with other election-related malign influence narratives, which is consistent with their tactics in 2016 to undermine a former presidential candidate,’ it claims.

The bulletin, not intended for public release, predicts that ‘this narrative will resonate with some American voters and reduce their confidence in him as a candidate.’

Last week, Trump kicked off a new defense of his own health by seeking to swat down a new book that reported Vice President Mike Pence was put on stand-by during Trump’s unscheduled visit to Walter Reed Naval Medical Center outside Washington.

Trump tweeted ‘there were no mini-strokes’ even though the book, by New York Times reporter Michael Schmidt, did not mention mini-strokes.

Biden responded to Trump’s attacks on Monday. ‘Look at how [Trump] steps and look at how I step. Watch how I run up ramps and he stumbles down ramps, OK?’ he told ABC 27 News, a local affiliate in Pennsylvania.