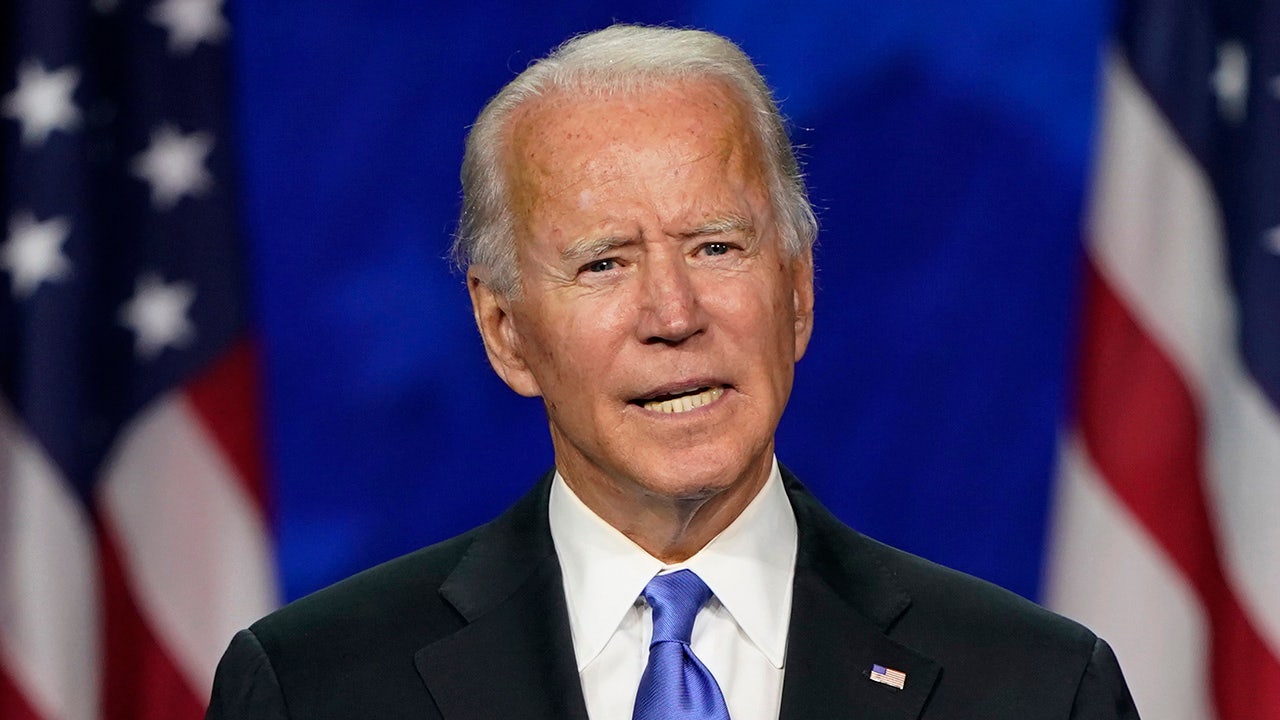 The Trump campaign claimed Thursday that Joe Biden’s “handlers” could try to get out of the general election debates with President Trump after House Speaker Nancy Pelosi suggested the Democratic nominee should back out of all three of them.

“Joe Biden had plenty of practice from the eleven Democrat primary debates, but he’s still getting lots of advice from Nancy Pelosi and others who want him to bail out on encounters with President Trump completely,” Trump campaign communications director Tim Murtaugh said in a statement to Fox News.

Murtaugh claimed Biden had “vehemently opposed” holding even one debate before some Americans begin to vote.

“We are also concerned that his handlers will ultimately decide to keep him in his basement and avoid debates entirely or suggest holding them remotely via Skype, where Biden could rely on nearby handlers, a teleprompter, or notes,” Murtaugh said.

Debates have been an issue of contention for weeks as the Trump campaign has pushed for an additional early debate to coincide with early voting that will be underway in states.

“Biden clearly knows he can’t defend the radical left policies he has adopted and wants to keep voters in the dark as long as possible,” the communications director said.

Pelosi turned heads Thursday when she urged Biden to cancel all debates with the president because  the Trump would “belittle” the forum and engage in “skullduggery.”

“I don’t think that there should be any debates,” Pelosi said out of the blue at a news conference at the Capitol, saying she doesn’t want the debates to be “an exercise in skullduggery.”

“I wouldn’t legitimize a conversation with him, nor a debate in terms of the presidency of the United States,” she said. “Now, I know that the Biden campaign thinks in a different way about this.”

Biden told MSNBC Thursday he is planning to move forward with the high-profile faceoffs with the president.

“As long as the [debate] commission continues down the straight and narrow as they have, I’m going to debate him,” Biden said, adding that he’d call out any Trump lies in real-time. “I’m going to be a fact-checker on the floor as I’m debating him.”

Pelosi made the comment at her weekly news conference, unprompted, and her advice was not in response to a question about debates. She cited Trump’s “disgraceful” performance at the 2016 debate when he was “stalking” Clinton as one reason Biden should break tradition and sit out the debates.

“So I think that he’ll probably act in a way that is beneath the dignity of the presidency; he does that every day,” Pelosi said of Trump. “But I think it will also belittle what the debates are supposed to be about. And they’re not to be about skullduggery on the part of somebody who has no respect for the office he holds, much less the democratic process.”

The idea of abandoning debates all together made headlines after a New York Times op-ed earlier this August argued that presidential debates should be “scrapped,” with critics suggesting that it’s the latest effort by the media to prevent Biden from debating Trump.