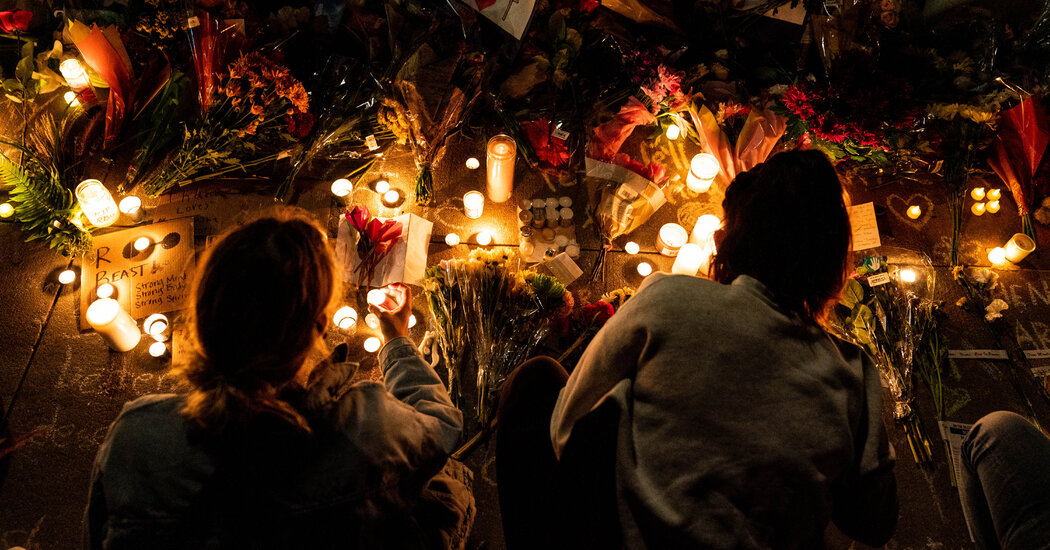 President Trump questioned Justice Ruth Bader Ginsburg’s dying wish that her replacement on the Supreme Court be chosen by the next president, suggesting without evidence on Monday that Democrats had concocted a quote provided by Justice Ginsburg’s grieving family.

“I don’t know that she said that, or if that was written out by Adam Schiff, and Schumer and Pelosi,” Mr. Trump said during an interview on “Fox & Friends” early Monday, referring to three top Democrats, Representative Adam Schiff of California, Senator Chuck Schumer of New York and Speaker Nancy Pelosi of California.

“That came out of the wind. It sounds so beautiful, but that sounds like a Schumer deal, or maybe Pelosi or Shifty Schiff,” added Mr. Trump, interrupting one of the show’s co-hosts, who had tried to interject that the quote had been verified by journalists.

Days before her death on Friday, Justice Ginsburg, 87, dictated a statement to her granddaughter Clara Spera, saying, “my most fervent wish is that I will not be replaced until a new president is installed,” according to NPR’s Nina Totenberg, who was close to the justice and her family.

Mr. Trump’s television appearance on Monday, coming after the president said he would nominate a woman to replace Justice Ginsburg, contained a number of scathing attacks on female politicians during a few minutes of airtime.

Mr. Trump has a history of targeting powerful women, a practice that has intensified as he has come under fire, often from female critics, for his response to the pandemic.

On Monday, he began by calling out the two Republican women, Senators Lisa Murkowksi of Alaska and Susan Collins of Maine, who have said they will oppose an attempt by Senator Mitch McConnell, the majority leader, to force a vote before the election.

He also lit into a trio of favorite Democratic targets, using his go-to Native American slur against Senator Elizabeth Warren of Massachusetts, offering a mocking impersonation of former Secretary of State Hillary Clinton, and making fun of the way Senator Kamala Harris of California, the vice-presidential nominee, pronounces her name.