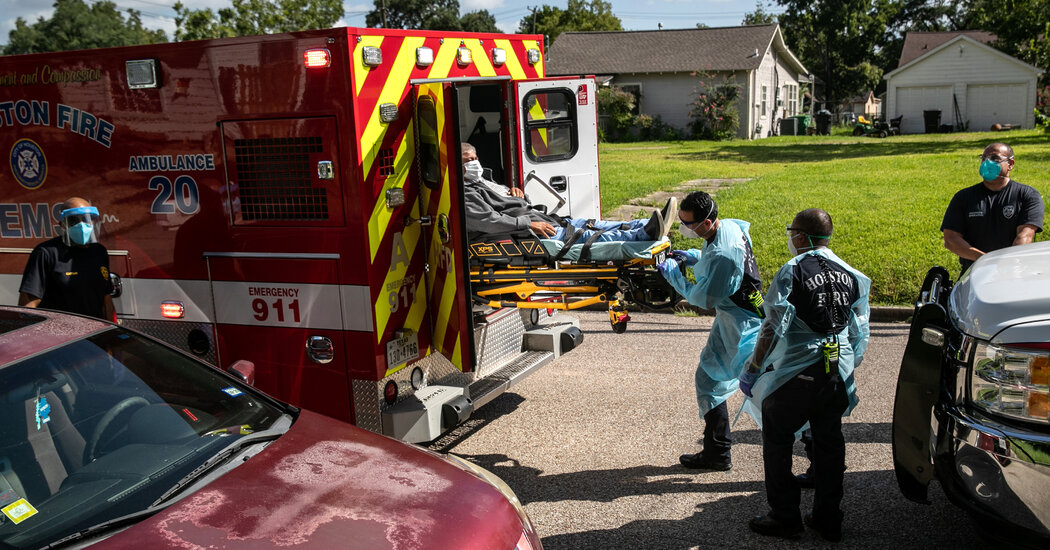 WASHINGTON — The Trump administration threatened hospitals on Tuesday with revoking their Medicare and Medicaid funding if they did not report coronavirus patient data and test results to the Department of Health and Human Services.

The threat was included in new emergency rules, announced by the Centers for Medicare and Medicaid Services, that make mandatory what has until now been a voluntary reporting program. Seema Verma, the centers’ administrator, said the changes “represent a dramatic acceleration of our efforts to track and control the spread of Covid-19.”

The new rules generated an immediate backlash from the American Hospital Association, which said the penalties, if enforced, would put hospitals out of business by effectively expelling them from the Medicare and Medicaid programs.

“It’s beyond perplexing why C.M.S. would use a regulatory sledgehammer — threatening Medicare participation — to the very organizations that are on the front lines in the fight against Covid-19,” Richard J. Pollack, the association’s president, said in a statement, adding that the rules were issued without any opportunity for feedback and should be “reversed immediately.”

In an interview, Mr. Pollack said it was not typical for the government to tie Medicare and Medicaid dollars to the reporting of public health information. Ordinarily, that kind of stick is used to ensure quality of care, he said.

But Tuesday’s announcement from the administration was clear. “Hospitals will face possible termination of Medicare and Medicaid payment if unable to correct reporting deficiencies,” it said.

The issuance of the new rules come amid growing controversy over the voluntary data collection system. Hospitals have been working for months with administration officials — including Dr. Deborah L. Birx, the White House coronavirus response coordinator — to improve their Covid-19 reporting. But the administration’s shifting requirements have met resistance from hospitals and scrutiny from Democrats in Congress.

In July, the administration abruptly ordered hospitals to stop reporting coronavirus patient information to the Centers for Disease Control and Prevention and send results instead to a private vendor, the Pittsburgh-based TeleTracking Technologies, which provides the data to the Department of Health and Human Services.

Administration officials say the switch was necessary to improve hospital reporting. But the use of a private vendor and the sidelining of the C.D.C. has raised concerns among public health experts and Democrats, who worry about scientific integrity and data transparency.

Mr. Pollack and another association official, Nancy Foster, echoed that concern. “They’ve made commitments that the data would be transparent — not unlike the way C.D.C. used to do it,” Ms. Foster said, “and thus far the transparency is lacking.”

The new rule mandating hospital reporting is part of what the centers described as “sweeping regulatory changes” intended to better track and combat the coronavirus pandemic. The new rules also require nursing homes to test staff and offer testing for the virus to residents.

The agency said it would soon announce guidance for the frequency of nursing home staff testing, which will be based on the degree of coronavirus spread in individual communities.

Nursing homes are already required to offer tests to residents when there is an outbreak or when other residents show symptoms. Like hospitals, nursing homes will face penalties for not complying. They will be inspected, and those cited “may face enforcement sanctions” such as “civil money penalties in excess of $400 per day, or over $8,000 for an instance of noncompliance,” the announcement said.

“Reporting of test results and other data are vitally important tools for controlling the spread of the virus,” Ms. Verma said in the statement, “and give providers on the front lines what they need to fight it.”