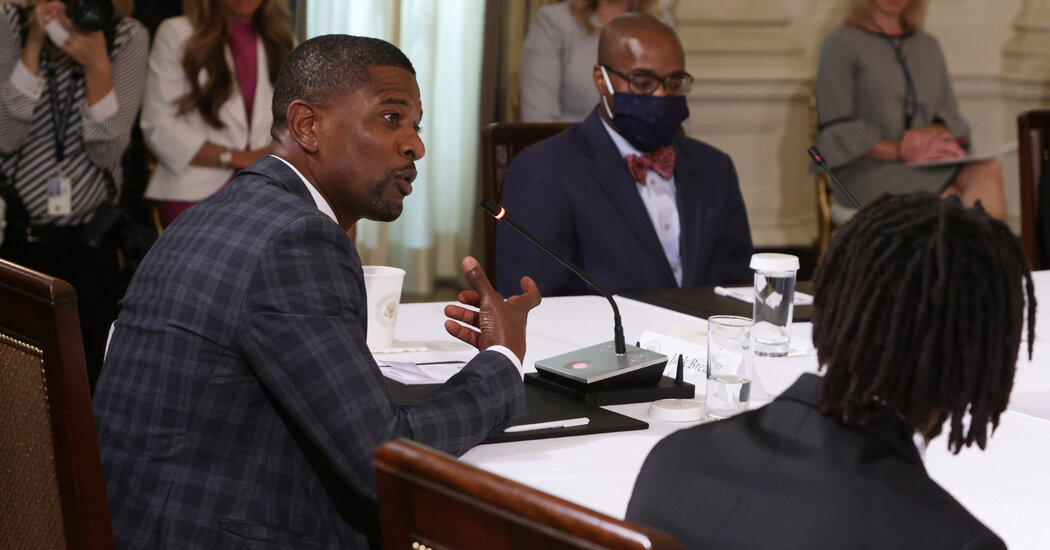 With President Trump trailing badly in the polls and garnering single-digit support from Black voters, his campaign broadcast an advertisement on Sunday voiced by a former pro football player touting the president’s support for criminal justice reform.

Jack Brewer, who played for the Minnesota Vikings, New York Giants and Philadelphia Eagles, touts Mr. Trump’s record on the pre-pandemic economy and criminal justice reform. He gives explicit permission for Black people who, like Mr. Brewer himself, supported Barack Obama’s campaigns to get behind Mr. Trump’s re-election bid.

Mr. Brewer, 41, might not be the best messenger for Mr. Trump. In August, just weeks before he spoke at the Republican convention, Mr. Brewer, who in his post-football life has worked as an investment adviser, was charged with insider trading by the Securities and Exchange Commission.

There is little to quibble with among the facts Mr. Brewer presents in the ad, but he does omit important context. While Mr. Brewer touts Mr. Trump’s commitment to criminal justice reform, the president is waging a parallel campaign painting protesters against unjust policing as a danger to the country. An ad airing in Michigan features a parade of white police officers bemoaning protesters, with one warning: “Joe Biden empowers these people. The more you empower them, the more crime they go to commit.”

The Brewer ad aired twice on Sunday during nationwide broadcasts of National Football League games, according to Advertising Analytics. It is a curious strategic decision to spend money broadcasting a national message rather than focusing resources on the battleground states required to win an Electoral College victory.

But between the coronavirus hitting Black people at far higher rates than whites and Mr. Trump’s reflexive support of police officers who have shot or killed Black Americans, he has so far failed to win over Black voters who might have been open to his message months ago.