Trilobite Fossils Suggest Cannibalism Is Older Than Once Thought 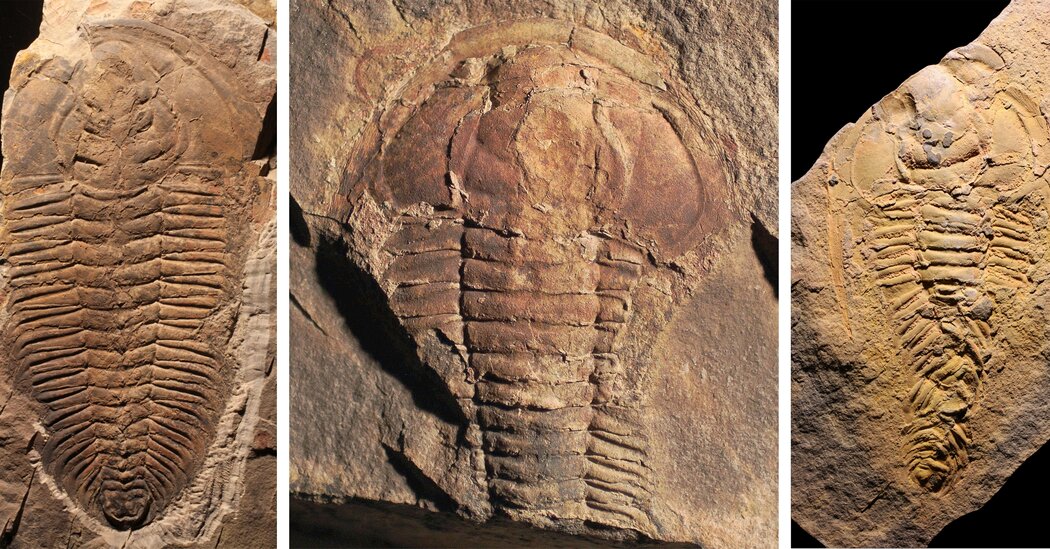 Cannibalism is common among the millions of modern arthropod species. A praying mantis consumes her mate after copulation, termites suck blood out of wounded peers, and mosquitoes snack on larvae. But how far back does this gruesome mode of dining go in the history of life feeding on life?

Previous studies place the earliest cannibalism about 450 million years ago in the Late Ordovician period. But a study published last month in the journal Palaeogeography, Palaeoclimatology, Palaeoecology says even older evidence of cannibalism can be found in a 514-million-year-old treasure trove of trilobites on an island off the South Australian coast, at a site called Emu Bay. There, old wounds on trilobite shells abound, and fossil excrements, likely produced by trilobites, contain yet more trilobite shells. These hint that cannibalism could be dated to the early Cambrian era — over 50 million years earlier than previously thought.

Paleontologists consider a preserved meal inside fossilized guts the best evidence that one animal consumed another. But such fossils are rare.

The site at Emu Bay, however, had optimal conditions to preserve a different kind of evidence for who ate whom: fossilized injuries and fossilized feces.

In the new study, Russell Bicknell, a paleontologist at the University of New England in Australia, focused on healed injuries in two trilobite species from Emu Bay: Redlichia takooensis and Redlichia rex. Dr. Bicknell collected 38 fossils of the two species from Emu Bay, some from fieldwork and others in the collection of the South Australian Museum. As he scrutinized the fossils, Dr. Bicknell checked for patterns that might tell him about attack styles, and therefore who the attacker was.

The specimens with healed injuries — trilobites that survived attacks, including R. rex — were big, so something even bigger must have attacked them. Small trilobites with scars were nowhere to be seen, and Dr. Bicknell had a suspicion about where they ended up: within fossilized excrement, also known as coprolites.

The coprolites at Emu Bay were big, at least 10 percent the length of an adult trilobite’s body. It’s often impossible to tell which species a shell fragment came from, Dr. Bicknell said, but the researchers are confident the coprolite fragments reflect the two species in the study.

“Everything smaller gets consumed and turned into these lovely coprolites,” he said. “Everything larger gets something taken out of it, but it was able to get away from the attack.”

The attacker, he surmised, was most likely R. rex, which grew to nearly 10 inches long, making it the “king trilobite” of its age. Dr. Bicknell describes R. rex as “a horseshoe crab, but on steroids.” He sees it scuttling around on the Cambrian sea floor, hunting easy, small targets, including smaller members of its own species.

Thus if R. rex produced the feces, as Dr. Bicknell suspects, the carnage at Emu Bay represents the oldest example of cannibalism in the fossil record.

Loren Babcock, a paleontologist at Ohio State University who has studied trilobite predation for decades, said he hoped that similar-scale studies would be conducted elsewhere to look for comparable patterns or predation marks and perhaps even gut contents, which he noted could be revealed using X-rays and micro-CT scans. Whether trilobites made the coprolites, he said, “is an open question, but trilobites are a good guess for the time being.”

Dr. Babcock added that he would be surprised if no trilobites had been cannibalistic. But he also thought it was possible that another predator of the Cambrian era, Anomalocaris, produced some of the coprolites at Emu Bay used in Dr. Bicknell’s study.

Dr. Bicknell doubts that Anomalocaris, despite its size, had the ability to crush trilobites with its spindly appendages.

Allison Daley, a University of Lausanne paleontologist who was not involved in the study, said that the size of the coprolites at Emu Bay helped convince her that large trilobites like R. rex could have been responsible for the site’s predation.

“There just aren’t many things big enough to make those coprolites,” she said.

But she added that it was unlikely that trilobites had been purely cannibalistic.

“Let’s face it, if you could find something to eat that wasn’t mineralized,” she said, referring to trilobite shells, “you’d probably preferentially eat that.”