Trial to begin for man accused in Minnesota mosque bombing 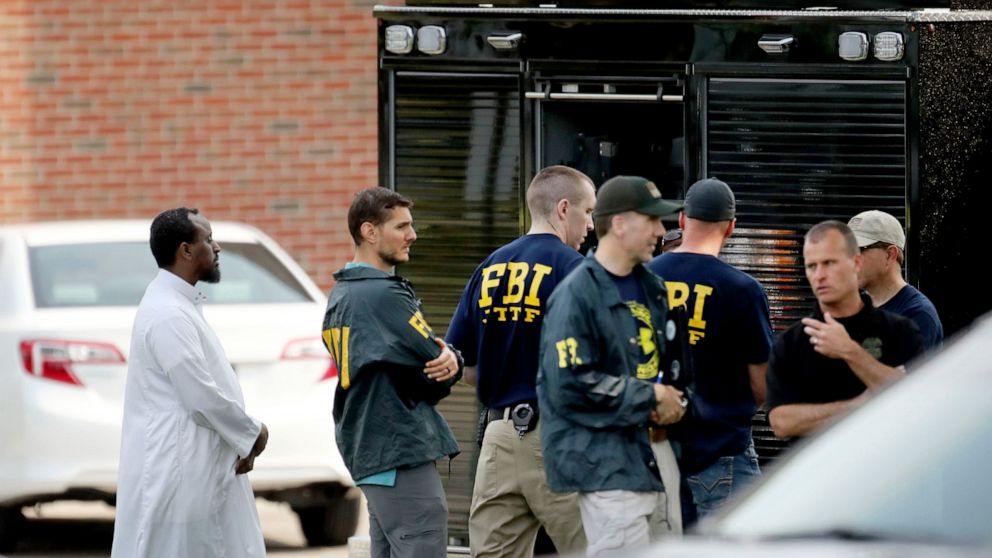 MINNEAPOLIS — Jury selection is scheduled to begin Monday in the trial of the leader of an Illinois anti-government group who is accused of being the mastermind behind the 2017 bombing of a suburban Minneapolis mosque.

Michael Hari, 49, of Clarence, has pleaded not guilty to multiple civil rights and hate crimes stemming from the pipe bombing of Dar al-Farooq Islamic Center in Bloomington.

No one was injured, but the attack damaged the mosque and frightened local Muslims. Hari’s alleged accomplices, who have pleaded guilty, said they followed Hari’s lead and carried out the bombing to scare Muslims into leaving the U.S.

Here’s a look at the case:

Several men were gathered at Dar al-Farooq for early morning prayers on Aug. 5, 2017, when a pipe bomb was thrown through the window of an imam’s office. A seven-month investigation led authorities to Clarence, Illinois, a rural community about 120 miles (190 kilometers) south of Chicago, where Hari and his co-defendants, Michael McWhorter and Joe Morris, lived.

Authorities say Hari was the leader of a group called the White Rabbits, which included McWhorter, Morris and others, and that Hari came up with the plan. Prosecutors say Hari rented a truck, loaded it with a pipe bomb, guns, and other gear and drove more than 500 miles (805 kilometers) to carry out the attack.

Hari was charged with five counts, including damaging property because of its religious character, forcibly obstructing the free exercise of religious beliefs, conspiracy to commit felonies with fire and explosives, using a destructive device in a crime of violence, and possessing an unregistered destructive device.

His trial is expected to last about three weeks.

Prosecutors say Hari led the White Rabbits in a campaign of bombings, home invasions and armed robberies in which they used illegal automatic rifles. The mosque was the group’s first target, according to prosecutors.

Morris and McWhorter also admitted to attempting to extort Canadian National Railway by threatening to damage tracks if the railroad didn’t pay them money.

McWhorter and Morris each pleaded guilty to five counts.

Hari, a former sheriff’s deputy and self-described entrepreneur and watermelon farmer, has written self-published books, including essays on religion, and has floated ideas for a border wall with Mexico. He gained attention on the “Dr. Phil” talk show, after he fled to the South American nation of Belize in the early 2000s during a custody dispute. He was convicted of child abduction and sentenced to probation.

Hari also sued the federal government for allegedly cutting in on his food-safety business.

Before his 2018 arrest in the mosque bombing, he used the screen name “Illinois Patriot” to post more than a dozen videos to YouTube, most of them anti-government monologues. In one video just days before his arrest, Hari said FBI and local law enforcement were terrorizing Clarence and he asked “freedom-loving people everywhere to come and help us.”

Court papers say Hari promised his accomplices $18,000 for helping in the mosque attack. But criminal complaints do not portray him as well off, citing an informant who said Hari frequently stayed at his parents’ home because he had no running water or electricity.

It’s not clear how the White Rabbits became aware of Dar al-Farooq, but the mosque was in headlines in the years before the attack: Some young people from Minnesota who traveled to Syria to join the Islamic State group had worshipped there. Mosque leaders were never accused of any wrongdoing.

Hari allegedly picked Dar al-Farooq because it was far enough away from the White Rabbits’ central Illinois hometown that he thought they wouldn’t be suspected.

Mohamed Omar, executive director of the Dar Al-Farooq Islamic Center, said he and other community members plan to attend the trial. He wants justice “for these people who attacked our sense of security and place of worship.”

After the attack, the mosque began locking its doors and requiring people to use access codes so worshippers would feel more secure. It’s unnerving, he said, to know that the mosque may be a target for unknown groups from anywhere.

“I’m hoping that this trial will give us some sort of a sense of understanding — why they did it — and send a message to those other crazies out there that it’s not OK. We are Americans too, and we can worship freely.”