Treasury Dept. Asked to Investigate Its Hiring From Accounting Firms 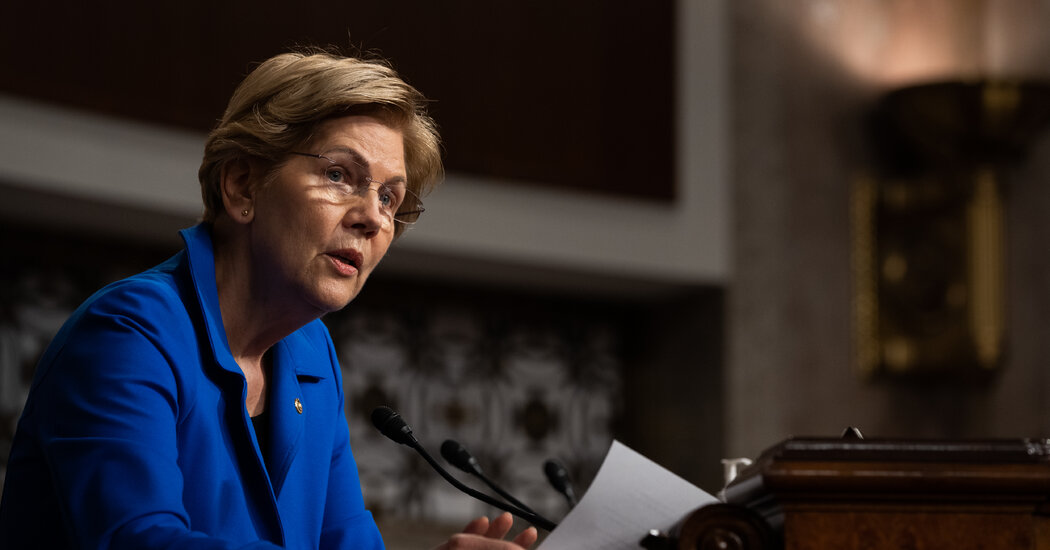 A pair of Democratic lawmakers asked the Treasury Department’s inspector general on Tuesday to investigate the revolving door between the country’s biggest accounting firms and key policy positions at the Treasury.

Senator Elizabeth Warren of Massachusetts and Representative Pramila Jayapal of Washington were prompted by an investigation published by The New York Times in September detailing how giant accounting firms embed top lawyers inside the government to draft tax rules that benefit their clients.

The Times found at least 35 examples in which lawyers at the country’s biggest accounting firms left to join the government, largely in the Treasury’s tax policy office, and then returned to their old firm.

The Times found that while in the government, many of those lawyers granted tax breaks to their former firms’ clients, softened efforts to clamp down on tax shelters and approved loopholes used by their former firms. In nearly half the examples, the officials were promoted to partner upon rejoining their old firm.

The pattern has been repeated in both Democratic and Republican administrations, including those of Donald J. Trump, Barack Obama, George W. Bush and Bill Clinton.

“Following our own investigation that has corroborated these allegations and raised new concerns about the accounting giants that take advantage of these revolving-door schemes, we urge you to immediately open an inquiry into this matter,” the two lawmakers wrote in their letter. It was sent to the Treasury Department’s acting inspector general, Richard K. Delmar, and its inspector general for tax administration, J. Russell George.

“Accounting giants are abusing the public trust and taking advantage of the revolving door between public service and private profit,” the lawmakers said in the letter.

The lawmakers disclosed the responses by the firms, which collectively acknowledged 24 such incidences.

“But these disclosures only reveal the tip of the iceberg,” the lawmakers wrote. “Neither the firms nor the Treasury Department provided meaningful information about their employees’ responsibilities and clients, either at the firms or while in government.”

In their letter, they cited an episode uncovered by The Times of a Deloitte tax lawyer who lobbied to weaken proposed Treasury rules to end an offshore tax strategy pitched by various accounting firms. He then joined the Treasury and oversaw those very regulations — which wound up incorporating the changes he had sought while in the private sector. He soon returned to Deloitte and was promoted to partner.

In their letter, the lawmakers asked the agency to investigate a number of areas, including the extent to which the firms, “via the employees placed at the Treasury Department and I.R.S., may have an untoward influence over department and agency policies or may obtain information or influence that provides their clients with an untoward advantage.” They also sought information on the employees’ “rewards” after rejoining their firms, as well as the policies at the Treasury, the I.R.S. and the firms to prevent abuse.