Tractor Flips During Hayride in Illinois, Killing One and Injuring 17 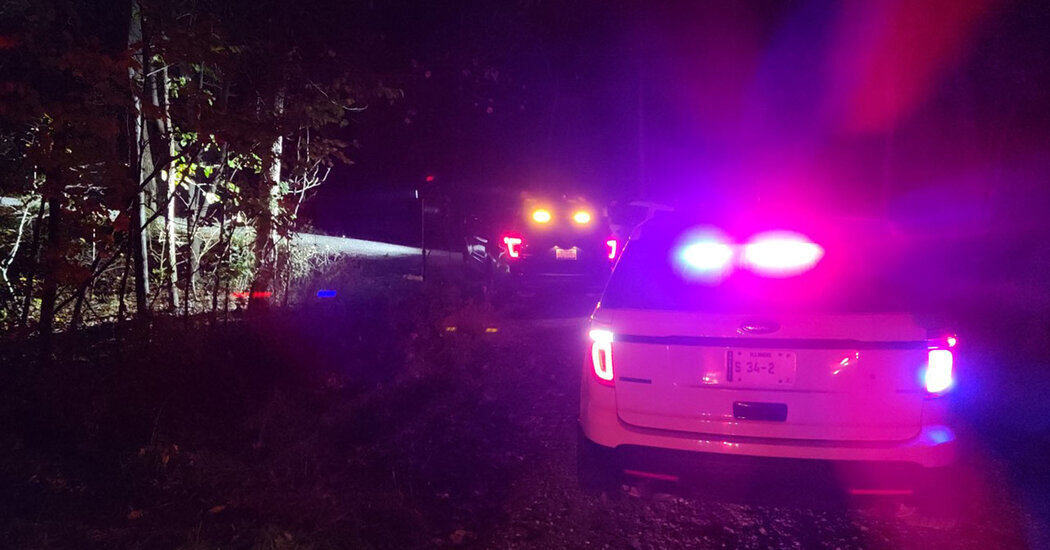 One woman was killed and 17 others were injured during a hayride in western Illinois late Saturday when the tractor and the trailer used for the leisurely excursion overturned, the State Police said.

The passengers were seated on hay bales in the double-axle trailer pulled by the John Deere tractor around 9 p.m. near Nauvoo, Ill., when the driver lost control of the vehicle and it “ran off to the right side,” the Illinois State Police said in a news release. The driver and multiple passengers were thrown from the hayride.

The driver, who was identified by the police as Wayne York, 41, was issued a citation for failing to reduce speed to avoid an accident.

WGEM, a television news outlet in western Illinois, reported that the tractor and the trailer slid into a wooded ravine after Mr. York lost control at an incline, and that an early investigation by the Illinois State Police traffic reconstruction teams found that the tractor was undersized for the trailer it was pulling.

Seventeen passengers, including 15 children ranging from 1 to 12 years old, were injured and taken to the hospital. The woman who died was 32 years old; she has not been identified.

Brenda Brown, who lives in Nauvoo, in Hancock County, said she heard helicopters and ambulances on Saturday night as medical and emergency personnel responded to the accident. She went to the road where the accident happened on Sunday and noticed that the soil along the sides of the gravel road was “really, really soft” because of recent rain.

“I wouldn’t even feel safe going down there in a car,” she said.

Hayrides are popular in the area during Halloween, when Nauvoo hosts its annual Halloween Pumpkin Walk. Susan Tanton, who has lived in Nauvoo for 13 years, said thousands usually turn up to enjoy the display of hundreds of carved pumpkins. The festivities were canceled this year because of the coronavirus pandemic, but some people still showed up in Nauvoo on Saturday.

Ms. Tanton said that she had heard of a similar accident happening recently, and that she thought people were becoming more aware that hayrides “may not be a really safe thing to do, especially at night.”