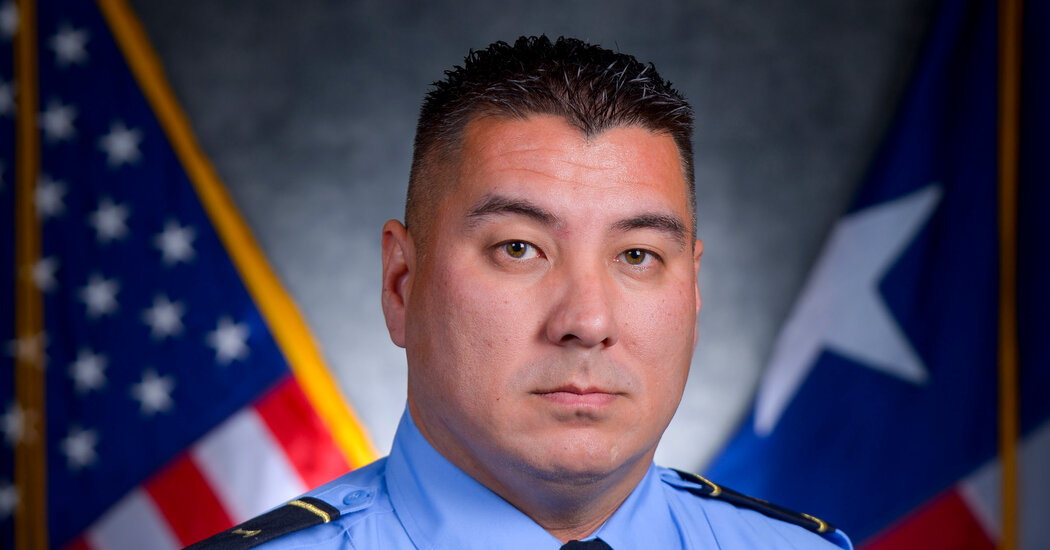 On their 18th birthday, after years of hanging around North Houston firehouses for fun, Tommy Searcy and his twin brother, Tony, volunteered for the Westfield Fire Department in Harris County, Texas. That was in 1993, when they were just graduating from high school.

Both of them attended the firefighter training academy at San Jacinto College in Pasadena, Texas. They joined several local volunteer and professional companies and rose through the ranks. Then they were hired by the Houston Fire Department, where both brothers were promoted to senior captain.

Capt. Tommy Searcy, who last year saved the life of a colleague while extinguishing a house fire, died on Sept. 8 in The Woodlands, Texas. He was 45. His brother Tony said the cause was complications of the novel coronavirus.

He was the third Houston firefighter whose death was linked to Covid-19, Fire Chief Samuel Peña said. Among some 4,000 members of the force, more than 250 have tested positive for the virus.

Twice this year, Captain Searcy had been exposed to the virus and quarantined but tested negative. Feeling short of breath on Aug. 4, he was taken to the hospital, where he tested positive.

As a freshman at MacArthur High School, he announced to his brother, “Hey, we’re going to be firefighters.”

After graduation, he was certified as an emergency medical technician and a paramedic and joined the Harris County Emergency Corps.

After becoming a firefighter, he worked at several fire departments in the Houston area — in Lufkin, Bellaire and Westfield, where he became assistant chief. He even encouraged a cousin to become a firefighter.

He joined the Houston Fire Department in 2002 and spent most of his career in Fire Station 46, in southeast Houston. In 2013 he was promoted to captain, and a year later he was assigned to Station 67 in the northwestern part of the city.

He was chief of training for the Magnolia Fire Department, where he also volunteered.

His union, the Houston Professional Fire Fighters Association, said that for the purpose of benefits, his death would be declared as having occurred in the line of duty.

In addition to his brother Tony, his survivors include his parents; another brother, Terry; and his daughters, Kaylin, Krista and Kinley.

While Captain Searcey was in the hospital undergoing treatment, a test the weekend before he died happened to come back negative. His daughters were allowed to visit him for the first time in weeks.

“He wanted them to know,” Tony Searcey told KTRK-TV in Houston, “how much he cared about them and how much everybody else cared about him.”