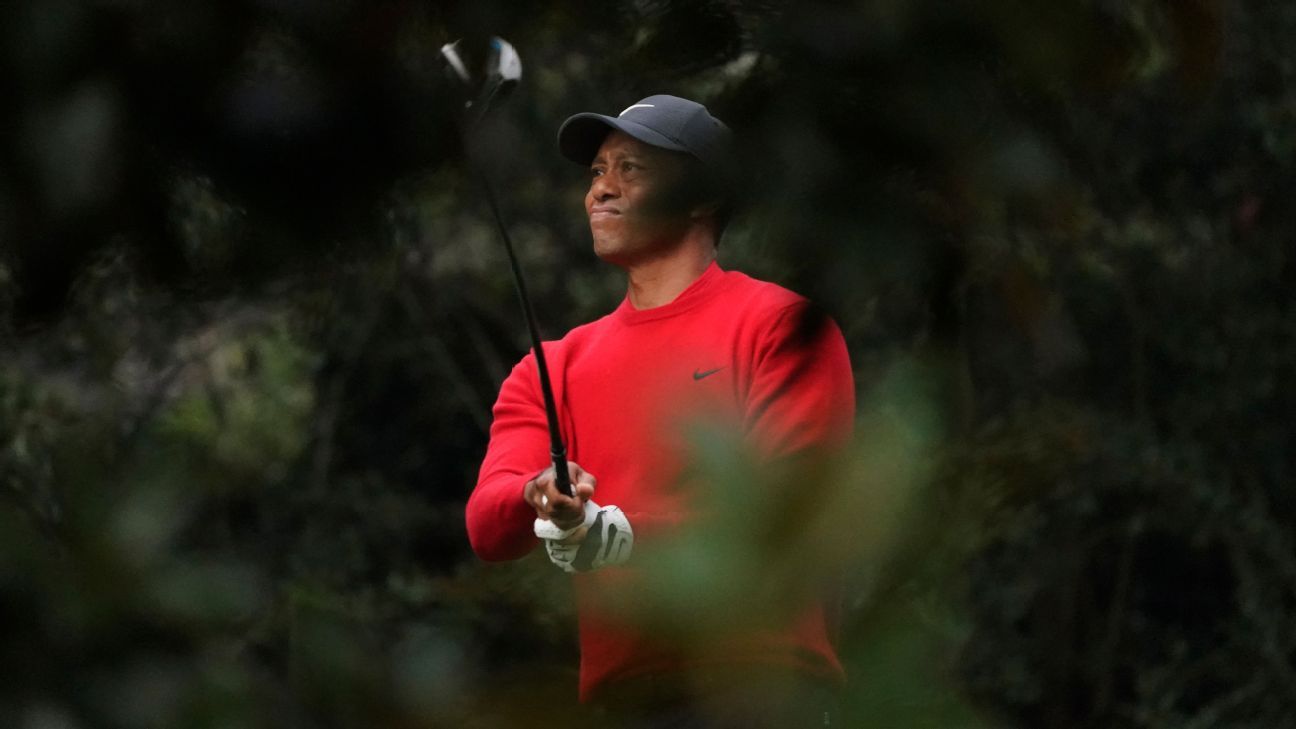 AUGUSTA, Ga. — Tiger Woods says it will be a “game-time decision” on whether he competes in the 86th Masters, which is scheduled to begin Thursday.

Woods, 46, gave the update in a tweet Sunday, writing that he would be returning to Augusta National Golf Club “to continue my preparation and practice.” Sources had told ESPN that Woods played an 18-hole practice round at Augusta National on Tuesday.

I will be heading up to Augusta today to continue my preparation and practice. It will be a game-time decision on whether I compete. Congratulations to 16-year-old Anna Davis on an amazing win at the @anwagolf and good luck to all the kids in the @DriveChipPutt.

The five-time Masters champion has not played in more than a year after he was seriously injured in a car wreck outside Los Angeles that nearly resulted in doctors amputating his right leg. He last competed in the final round of the 2020 Masters, which was played in November that year because of the coronavirus pandemic.

Woods’ return to competitive golf would come on the 25th anniversary of his first Masters victory in 1997, when he won by a record 12 shots while shooting a tournament-record 18-under-par 270 over four rounds.

The Masters does not have a firm deadline to commit to or withdraw from the tournament, giving Woods until his Thursday tee time to make a final decision.

It wouldn’t be the first time that Woods has returned to professional golf at Augusta National after a long layoff. After enduring multiple knee and back surgeries, Woods won the 2019 Masters for his first major championship in 11 years.

“I think for golf and for the Masters Tournament and for everyone, to have Tiger there would be phenomenal,” Rory McIlroy told reporters in San Antonio earlier this week at the Valero Texas Open. “I think it just adds to the event. Obviously, it does. Anything Tiger Woods does in the game of golf is heightened whenever he’s there. I mean, it would be awesome for him to be there.”

Woods played a practice round at Augusta National on Tuesday with his son, Charlie, and PGA Tour player and close friend Justin Thomas.

Playing at Augusta National is considered one of the most difficult walks in professional golf because of its length, hills and slopes. After that round, a source told ESPN that Woods “really, really wants to play” in the Masters.

There is inclement weather in the forecast for Augusta on Tuesday and Wednesday, so Woods and other players will likely try to get in their practice rounds Sunday and Monday.

Woods has been working to regain strength in his right leg and right foot for more than a year. He was seriously injured in a rollover wreck Feb. 23, 2021. The SUV that he was driving crossed over two oncoming lanes, struck a curb and uprooted a tree on a downhill stretch in Rolling Hills Estates, just outside Los Angeles. He was wearing a seatbelt, and officers found him still sitting in the SUV.

He was taken to Harbor-UCLA Medical Center by ambulance with open fractures in the upper and lower portions of the tibia and fibula in his right leg. He told reporters at the Hero World Challenge in the Bahamas in late November that doctors nearly had to amputate his right leg.

“It’s altered,” Woods said during a news conference before the Genesis Invitational in February. “My right leg does not look like my left leg, let’s put it that way.”

Less than two months ago, Woods said he was frustrated by the speed of his recovery.

“I wish I could tell you when I’m playing again,” Woods said. “I want to know, but I don’t. My golf activity has been very limited. I can chip and putt really well and hit short irons very well, but I haven’t done any long stuff seriously. I’m still working.

“I’m still working on the walking part. My foot was a little messed up there about a year ago, so the walking part is something that I’m still working on, working on strength and development in that. It takes time. What’s frustrating is it’s not at my timetable. I want to be at a certain place, but I’m not. I’ve just got to continue working. I’m getting better, yes. But as I said, not at the speed and rate that I would like. You add in the age factor too. You just don’t quite heal as fast, which is frustrating.”

During the February news conference, Woods said he had been focusing on chipping, putting and hitting short irons but hadn’t been able to do too much with a driver because his right leg wasn’t strong enough.

A since-deleted video emerged about a week ago of Woods walking a round at Medalist Golf Club in Hobe Sound, Florida.

Woods has played through considerable pain before. In the 2008 U.S. Open at Torrey Pines, he won his 14th major championship title by defeating Rocco Mediate in sudden death after an 18-hole playoff. Woods later revealed that he had played the entire week with two stress fractures in his tibia and a torn ACL in his left knee. He had suffered the injuries by rushing back too soon from arthroscopic knee surgery after the 2008 Masters.

He underwent reconstructive knee surgery just over a week after the U.S. Open and missed the rest of the season.