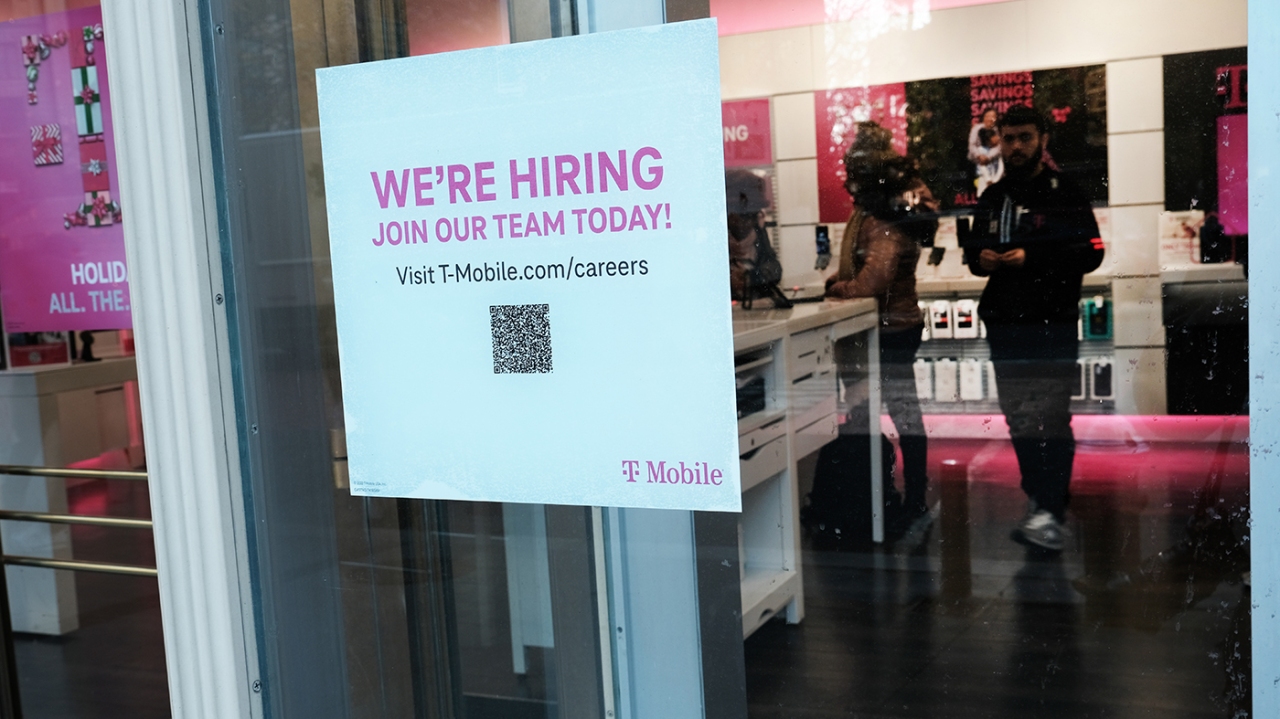 Friday’s jobs report showed the buzzing U.S. economy is creating hundreds of thousands of jobs, suggesting rising prices are here to stay despite efforts by the Federal Reserve to contain them.

The U.S. added 263,000 jobs in November, according to the federal jobs report released Friday, far more than the 200,000-job gain economists expected to see. The jobless rate also held even at 3.7 percent, just 0.2 percentage points above its level in February 2020.

This is not bad news if you are looking to get a different or new job, but it is bad news for policymakers worried about inflation — a huge political issue for both parties.

It comes days after Fed chief Jerome Powell signaled the central bank would like to reduce its interest rate hikes, raising red flags over whether that will change. Stocks initially fell in the news before rallying before the close. The S&P 500 Index ended down just a tenth of a point for the day.

Here are three points of data in the report that suggest inflation is not cooling and that will complicate the Fed’s plans on interest rates.

A strong job market does not necessarily push inflation higher on its own and it is possible for the U.S. to still see strong job creation without high inflation. Inflation remained below the Fed’s target of 2 percent even as the U.S. saw the unemployment rate drop to 3.5 percent in 2019.

But many of the forces powering rapid job gains, including resilient consumer spending, could also be pushing consumer prices higher.

“The labor market looks a lot like it’s normalizing from the pandemic and reopening shocks, and not necessarily in a way that leads to recession,” said Preston Mui, economist at research non-profit Employ America, in a Friday analysis.

“However, we have yet to see the full effects of the Federal Reserve’s interest rate increases, and we should be on the lookout for signs of further deterioration in the coming months.”

The main way the Fed fights inflation is by raising interest in a way that raising costs for households, leaving them with less money to spend on goods and services. That’s harder if American paychecks keep growing at a rapid pace.

“The biggest news in this release is large upward revisions in wage growth for September and October and a big number for November,” Jason Furman, who chaired the White House Council of Economic Advisors (CEA) under former President Obama, said on Twitter.

“This is the second time this year we’ve seen [revisions] like this dashing the hopes that maybe nominal [wage] growth was cooling,” he continued.

It may seem odd to want people to make less money if they’re having trouble keeping up with rising prices. But Fed Chair Jerome Powell asserted Wednesday that it will be impossible for businesses to stop raising prices at rapid rates until the costs of paying and recruiting workers stabilize.

For that reason, Powell said, the Fed would keep trying to reduce the number of open jobs and employers’ need for new workers—two key forces behind fast wage growth. Without many jobs to choose from, workers will eventually need to settle for lower wages than they might have been able to secure in a hotter economy.

“To be clear, strong wage growth is a good thing,” Powell said in remarks at The Brookings Institution.

“But for wage growth to be sustainable, it needs to be consistent with 2 percent inflation,” he continued, referring to the Fed’s target for annual inflation.

The U.S. workforce is still down roughly 3.5 million workers from its pre-pandemic size and has shown little progress toward filling that hole.

The labor force participation rate and employment-population ratio have each budged little since the start of the year, even as a historically strong labor market and rapid wage growth propelled millions of Americans into better jobs.

Economists are not yet sure why more workers haven’t re-entered the labor force, though they generally blame a combination of early retirements during the pandemic, lingering effects from COVID-19 infections and a steep decline in immigration.

“Given the increase in wages, one would think that workers would be drawn into the labor market. But that is not happening in the current economic expansion,” explained Joe Brusuelas, chief economist at audit and tax firm RSM, in an analysis.

“The combined long-term demographic trends of an aging workforce and lower immigration, along with the impact of the pandemic, are causing an acceleration of structural change in the labor force.”