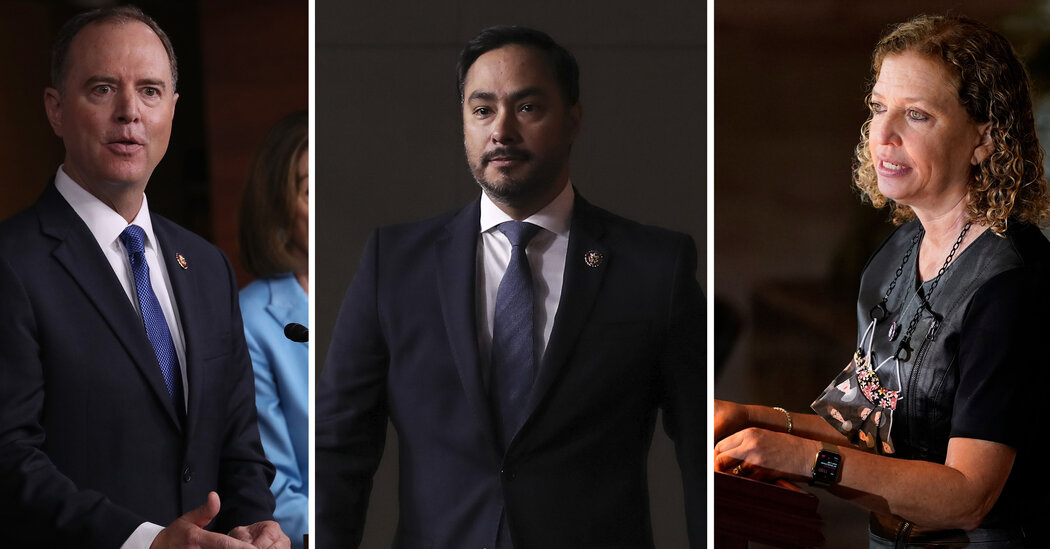 Representatives Joaquin Castro of Texas, Adam Schiff of California and Debbie Wasserman Schultz of Florida each said they tested positive for the coronavirus on Tuesday, adding to a string of recent cases of prominent Democrats on Capitol Hill and in the White House.

The three House members each said on Twitter that they were fully vaccinated and boosted.

Ms. Wasserman Schultz, the former chairwoman of the Democratic National Committee and a breast cancer survivor, said she was experiencing “manageable” symptoms.

Mr. Schiff, who is the chairman of the House Intelligence Committee and rose to national prominence as the lead manager of Donald Trump’s first impeachment, is feeling “fine,” he said.

Mr. Castro, a former chairman of the Congressional Hispanic Caucus who also was an impeachment manager in 2021, reported only mild symptoms.

The three representatives are just a few of the high-profile Democrats to have tested positive for the virus this year. Earlier in March, in a span of five days, at least nine House Democrats announced positive tests, with more than half of those cases emerging after lawmakers attended a party retreat in Philadelphia. Two other lawmakers who did not attend the retreat also tested positive during the same time.

Following the string of House cases, the White House announced that Doug Emhoff, the husband of Vice President Kamala Harris, had tested positive for the virus.

Hillary Clinton also announced a positive test result in March, writing on Twitter that she had “some mild cold symptoms” but was “feeling fine.” At the time, she said former President Bill Clinton had tested negative but was quarantining.

Also last month, Jen Psaki, the White House press secretary, tested positive for the coronavirus, for the second time in five months, one day before she was scheduled to join President Biden on a diplomatic trip to Europe.

Mr. Biden has not tested positive for the virus.

The infections also offered a jarring reminder that, even as top officials seek to pivot away from strict restrictions and encourage Americans to learn to live with the coronavirus, the pandemic rages on.

Still, government officials have said they are focused on returning the United States to a sense of prepandemic normalcy, and the White House has not reimposed mask mandates or capacity restrictions meant to mitigate the spread of the virus.

The C.D.C. issued guidelines in February suggesting that most Americans could stop wearing masks, and governors across the country have moved on their own to roll back pandemic restrictions.