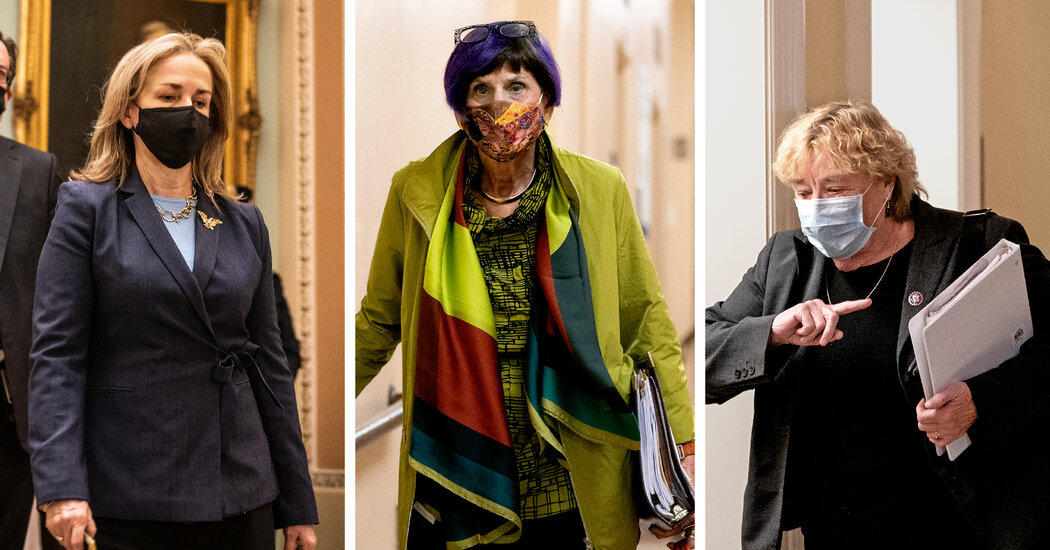 At least four House Democrats in quick succession have said that they tested positive for the coronavirus after a party retreat held last week in Philadelphia.

Representative Madeleine Dean of Pennsylvania announced her positive result on Monday; Representatives Zoe Lofgren of California and Kim Schrier of Washington announced on Sunday, and Rosa DeLauro of Connecticut on Saturday.

All four representatives said that they were vaccinated and boosted, and were experiencing only mild symptoms. All four attended the House Democratic Caucus’s retreat in Philadelphia last week, according to a person in attendance. It was not clear, and difficult to know, whether they were each exposed and infected at the gathering, or elsewhere.

The retreat was the caucus’s first major in-person event in three years. It was intended to be something of a reset for the party heading into what is expected to be a difficult midterm election season. Much of the party’s legislative agenda has been hobbled by dissension between moderates and progressives, complicated by the tenuousness of the Democrats’ hold on the Senate.

On Wednesday, House Democrats found themselves having to cut $15.6 billion in planned funding for President Biden’s pandemic response efforts to secure passage of an essential spending bill.

The House passed the measure, with $1.5 trillion in total spending, late Wednesday night. Remote voting was allowed, so it was unclear which members were physically present for the vote. Many Democrats then departed for the Philadelphia retreat.

Mr. Biden addressed the gathering in person on Friday. Asked at White House news conference on Monday why he was masked when entering an event earlier in the day, the press secretary, Jen Psaki, said Mr. Biden sometimes does so if event guidelines require it, but that she would check. She added that the president had received a negative virus test result on Sunday.

A White House spokesman, Kevin Munoz, said that none of the representatives at the retreat were considered close contacts of the president, and that nothing had changed about his testing cadence.

All members of Congress who were to attend the gathering, as well as their staff members and families, were required to submit P.C.R. or rapid antigen tests before the event, according to protocols shared by the communications director for the caucus. Attendees were also required to take rapid tests in their hotel rooms on Thursday and Friday mornings, but masks were not required. The mask mandate for the House floor at the Capitol building was dropped in late February, shortly before Mr. Biden’s State of the Union address.

Senator Jeanne Shaheen, Democrat of New Hampshire, also said on Sunday that she had tested positive. She did not attend the House Democrats’ retreat.

In all, at least 100 members of Congress have announced testing positive for the coronavirus since the pandemic began, according to a tally by Ballotpedia, a nonpartisan election information website.