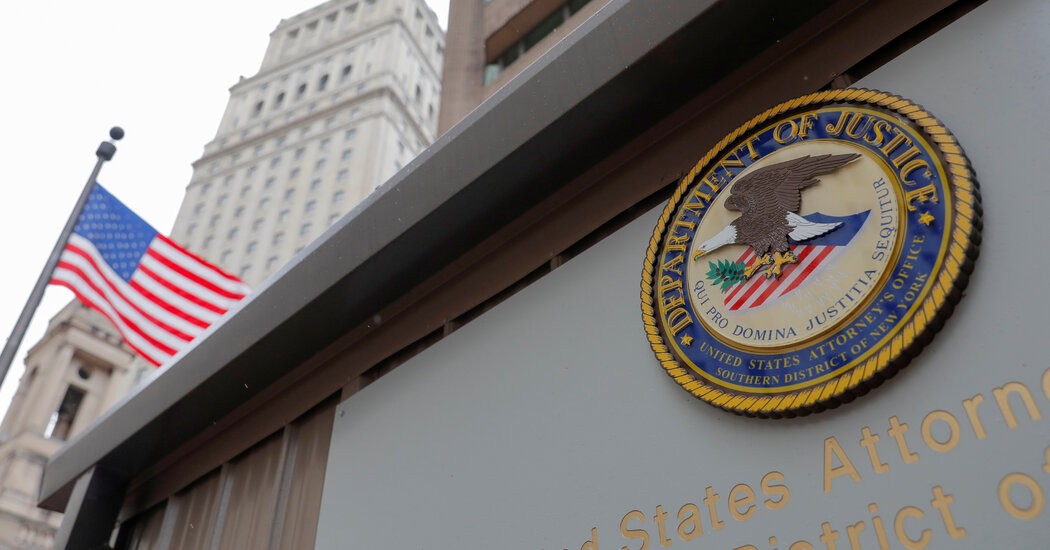 The men, who have been charged with copyright infringement conspiracy, were accused of being members of the Sparks Group, a sophisticated piracy outfit spanning several continents.

One of the men, George Bridi, 50, of the United Kingdom, was arrested in Cyprus on Sunday. An American, Jonatan Correa, 36, was arrested in Olathe, Kan., on Tuesday. The authorities were still searching for the third man, Umar Ahmad, 39, of Norway.

“The group allegedly circumvented copyright protections on nearly every movie released by major production studios, as well as television shows, and distributed them by way of a worldwide network of servers,” Audrey Strauss, the acting United States attorney for the Southern District of New York, said in a statement.

These charges are significant, said Ernesto van der Sar, the founder of TorrentFreak, an outlet that has covered the piracy scene for years. “This is pretty high up,” he said. “I think it’s spooked a lot of people, because generally speaking, these people are very private and well versed in hiding their identities.”

TorrentFreak reported that shortly before the indictments were unsealed, news of the arrests had seemed to be spreading among elite members of the international piracy scene, and some of their servers — even those not directly affiliated with the Sparks Group — appeared to have been shut down out of caution.

According to the statement from the authorities, members of the Sparks Group fraudulently obtained DVDs and Blu-ray discs from wholesale distributors in New York and New Jersey, at times misrepresenting why they were obtaining the discs before the retail release date.

From 2011 to 2020, Mr. Ahmad and Mr. Bridi arranged for discs to be mailed or delivered to other members of the group, including Mr. Correa, prosecutors said. The men were also accused of using software to circumvent copyright protections in order to distribute movies or television shows online.

“The movies and TV shows allegedly stolen by these defendants not only represent a body of work ripped off from those who spent years developing their craft and working their way to stardom, but deprives the studios and actors of the fruits of their labor,” Philip R. Bartlett, the inspector-in-charge of the New York office of the United States Postal Inspection Service, said in the statement.

It was not immediately clear whether the two men arrested had lawyers.

Evan Greer, a deputy director with Fight for the Future, a nonprofit digital rights organization, said she understood the importance of copyright laws but questioned this type of enforcement.

“What it does is protect the profits of a small handful of large Hollywood institutions, and strengthen the monopoly power of companies like Apple, Netflix, Amazon and Google,” she said.

“In public libraries we can share books, movies and music freely and without restriction,” she added. “The only reason that’s not true on the internet is because Hollywood and big record labels have lobbied fiercely to make it illegal, instead of adapting their business models to the reality that the internet is here to stay.”

In the statement on Wednesday, U.S. officials said they had worked with Europol and law agencies in 18 other countries to shut down servers that the piracy groups had used to share content. It added that the Sparks Group had cost film production studios tens of millions of dollars.