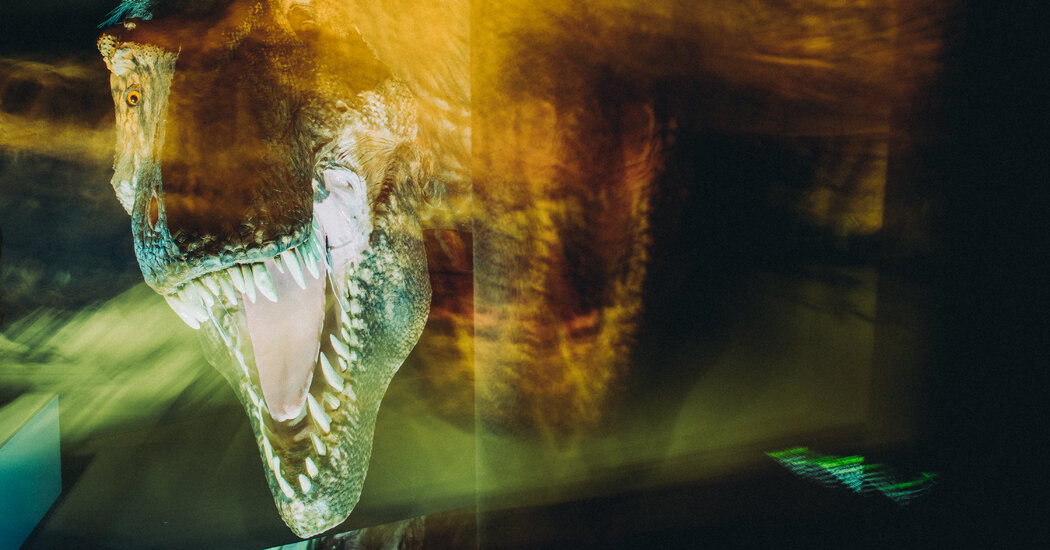 They found some of the specimens difficult to classify. But 26 seemed to group into three types, Mr. Paul said: one robust form from early in the Hell Creek with two sets of incisors in its lower jaws, and a robust and gracile form from later with only one incisor set.

These three forms, Mr. Paul and his colleagues concluded, were probably different enough from one another — and appeared over a sufficient length of time — to warrant separate names. Therefore, the earliest, bulky Tyrannosaurus to show up in the Hell Creek received the name Tyrannosaurus imperator (“emperor tyrant lizard”), which then — over the course of one million to two million years — split into the robust Tyrannosaurus rex and the newly named, comparatively slender Tyrannosaurus regina (tyrant lizard queen).

That proposed evolutionary trajectory — from one tank-like population to another relatively lithe one — matches ecosystems earlier in the Cretaceous period that were dominated by Tyrannosaurus relatives, Mr. Paul said. In that period, bruisers like Daspletosaurus coexisted with long-legged hunters such as Gorgosaurus.

According to Dr. Holtz, such an idea is entirely plausible — but proving it will require support from future finds.

“It’s a testable hypothesis, as any statement of species identity should be,” Dr. Holtz said. “With additional new specimens, we can see if specimens they didn’t include or we haven’t found yet are consistent with this suggestion, or if they reject it.”

While Dr. Holtz felt the authors’ case would be more convincing if the different species they describe were organized more chronologically in specific rock layers, he noted that the Hell Creek Formation contains other examples of species divergence. Other fossils found there led to a general agreement that there was more than one species of triceratops, Dr. Holtz said. And there’s a possibility that the hadrosaurs and dome-headed Pachycephalosaurus found at the top of the formation differ significantly from those at the bottom.

“At the same time, in the same place, the same size classes of organisms are going through a succession of species,” Dr. Holtz said. “It’s not inconceivable that Tyrannosaurus did so as well.”