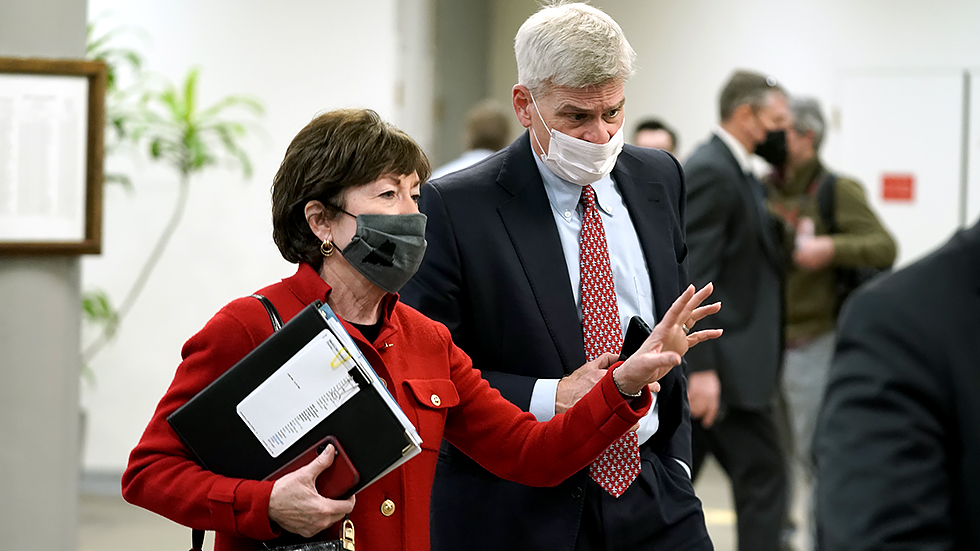 Seven Republican senators voted with all 50 Democrats to maintain a $35 monthly cap on the price of insulin in the Democrats’ $700 billion climate, health and tax reconciliation bill.

The measure targeting people not covered by Medicare was ultimately blocked from being included in the Inflation Reduction Act when it fell three votes short of the 60 required to override a ruling from the Senate parliamentarian.

Many of the seven Republicans who supported the measure have been vocal in their criticism of the reconciliation package broadly — and all of them voted against the bill as a whole.

Democrats won a partial victory when the parliamentarian allowed the $35 insulin cap to apply to Medicare beneficiaries, which could influence prices in the private market.

“While I don’t oppose everything in it, there is no doubt in my mind, based on both substance & process, the Senate should not have passed it,” Murkowski wrote on Twitter after the passage.

Kennedy had proposed his own amendment related to insulin costs, but ended up siding with the Democrats on theirs — though he called his colleagues across the aisle “a special kind of stupid” for the tax increases in the so-called Inflation Reduction Act.

“Democrats’ tax and spending spree will do nothing to decrease inflation, but will raise the tax bill falling on everyday Americans,” Cassidy wrote on Twitter Sunday. “I proudly voted no.”

Hyde-Smith released a statement calling the legislation “a long, forced march toward more economic hardship and more government in our lives.”

The reconciliation bill came out of an agreement between Senate Majority Leader Charles Schumer (D-N.Y.) and Sen. Joe Manchin (D-W.Va.), and is aimed at investing in domestic energy and lowering prescription drug costs by closing tax loopholes on wealthy individuals and corporations.

The Hill has reached out to the offices of GOP senators who supported the insulin cap for comment.