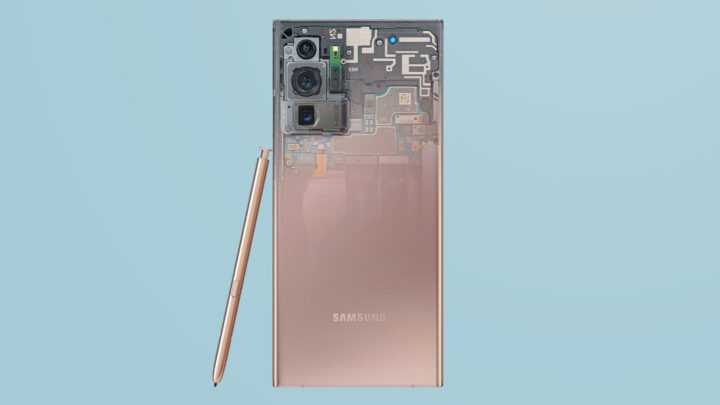 The choice of a smartphone wallpaper isn’t something to take lightly, but if you’re a tinkerer at heart, the sight of half a dozen high-resolution teardown wallpapers showcasing the internals of the Galaxy Note 20 and Galaxy Note 20 Ultra might just win you over. Coincidentally, that’s precisely what the ever-diligent iFixit community delivered earlier this week, sharing six close-ups of the internals powering Samsung’s latest stylus-equipped Android flagships.

The images included in the gallery below include two close-up shots of each device’s internals with varying exposure levels, as well as X-ray images of both smartphones. Much like any other materials originating from iFixit, these Galaxy Note 20 series exposes are shared under the Creative Commons BY-NC-SA license, so you are free to download and (re)use them.

The teardowns which yielded these unique wallpapers once again confirmed Samsung took quite a bit of liberties in terms of its choice of cooling components for the Galaxy Note 20 and Galaxy Note 20 Ultra. More specifically, the company surprisingly decided against adopting any particular standard, so there’s no way of telling whether your particular unit uses a standard vapor chamber made of copper or a graphite thermal pad consisting of multiple layers without cracking it open. The base Galaxy Note 20 makes use of both solutions, just like the more expensive Galaxy Note 20 Ultra.

Which isn’t to say the occurrence rate of either system is completely random. Instead, it most likely depends on the exact factory line which produced a given Galaxy Note 20 or Galaxy Note 20 Ultra model.