The winner of the Arizona Senate race could be seated in time for a vote on a Supreme Court pick. 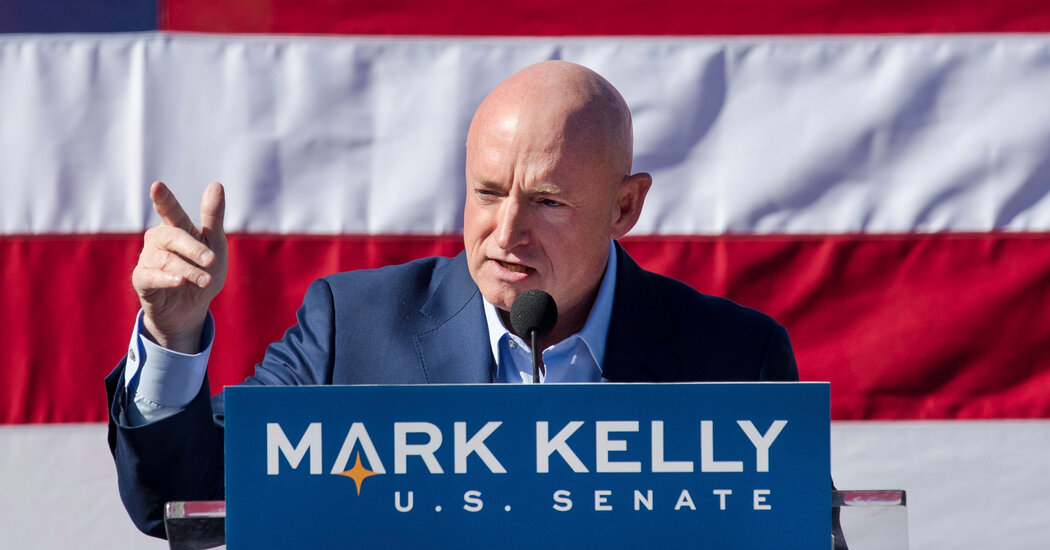 If Mark Kelly, the Democratic nominee for Senate in Arizona, unseats Senator Martha McSally, a Republican who was appointed to her seat and began serving last year, he could be sworn in as early as Nov. 30 — possibly in time to vote on a new Supreme Court nominee, elections experts said.

Hypothetically, that would narrow the Republicans’ 53-to-47 majority in the upper chamber, which may become relevant if a vote on a replacement for Justice Ruth Bader Ginsburg was delayed until a lame-duck session after the election.

The Arizona race is technically a special election. The state’s Republican governor appointed Ms. McSally to the seat after she was defeated by Kyrsten Sinema, a Democrat, in a closely contested Senate race in 2018.

Mr. Kelly, a former astronaut and the husband of former Representative Gabrielle Giffords, has maintained a steady lead over Ms. McSally, a former military pilot. If Mr. Kelly wins, state election law stipulates a final canvass of the balloting be completed by the end of November, barring legal challenges.

On Friday, Republican and Democratic election attorneys told The Arizona Republic that such a scenario was possible — a possibility embraced on social media by progressives grappling with the dark and unnerving prospect of a high-stakes court fight with an uncertain outcome.

“Everything in statute suggests it happens very quickly after the election results are finalized,” Mary O’Grady, a Democratic election lawyer, told the paper.

Ms. McSally joined other Senate Republicans late Friday in supporting a vow by Senator Mitch McConnell, the minority leader, to force a vote on President Trump’s choice for the court.

“This U.S. Senate should vote on President Trump’s next nominee for the U.S. Supreme Court,” Ms. McSally wrote on Twitter, after noting Justice Ginsburg’s achievements.

Mr. Kelly did not address the matter in a statement sent to reporters mourning Justice Ginsburg’s death.

“She fought cancer with the same ferocity she fought for civil rights and equality,” Mr. Kelly said. “I am in awe of how much Justice Ginsburg accomplished in her lifetime, leaving a legacy that impacted women’s rights and equal protection under the law for all Americans.”