The White House emphasizes the importance of indoor air quality as the pandemic moves into a new phase. 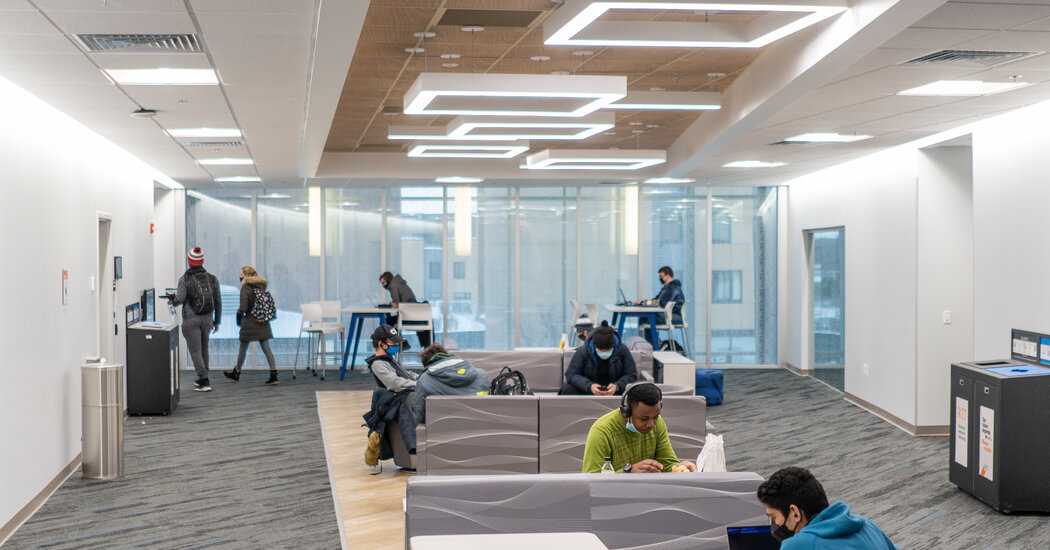 With the pandemic entering a new phase in the United States marked by fewer precautions and the rise of the even more transmissible Omicron subvariant BA.2, the Biden administration has begun stressing the importance of mitigating the risk of indoor aerosol transmission, the primary driver of the pandemic.

The Environmental Protection Agency recently issued expert guidance to building managers, contractors and business owners, with two pages of recommendations that codify the best practices on ventilation, air filtration and air disinfection from academic experts and federal agencies of the last two years. The agency said that implementation could be underwritten with federal funds from the $1.9 trillion American Rescue Plan that President Biden signed into law a year ago.

Dr. Alondra Nelson, chief of the White House Office of Science and Technology Policy, said last week the guidance was part of an initiative called the Clean Air in Buildings Challenge. In a blog post titled, “Let’s Clear the Air on Covid,” she cited the guidance and said, “Now, we all need to work collectively to make our friends, family, neighbors, and co-workers aware of what we can do or ask for to make being indoors together safer.”

“For decades, Americans have demanded that clean water flow from our taps and pollution limits be placed on our smokestacks and tailpipes,” she wrote in the post. “It is time for healthy and clean indoor air to also become an expectation for us all.”

U.S. federal health authorities were initially slow to identify airborne transmission of the virus. It was only in October 2020 that the Centers for Disease Control and Prevention recognized that the virus can sometimes be airborne, long after many infectious disease experts warned that the coronavirus traveled aloft in small, airborne particles. Scientists have been calling for a bigger focus on addressing that risk for more than a year.

The initiative is “really a big deal” said William Bahnfleth, a professor of architectural engineering at Penn State University and head of the Epidemic Task Force at the American Society of Heating, Refrigerating and Air-Conditioning Engineers. “It’s making the start that is often the most difficult part.”

The society, whose roots go back to the dawn of the skyscraper in the late 19th century, is a global nonprofit technical society that, among other things, develops the consensus indoor air quality standards referenced in U.S. building codes.

Dr. Bahnfleth’s task force was created as the pandemic began sweeping the world in March 2020, and the new federal recommendations track closely with its guidance. He said that the pandemic had given momentum to the long overdue drive to improve the country’s “mediocre” air quality standards for buildings, noting that the existing standards had failed to protect people from coronavirus infections.

Viruses can travel in a variety of ways. Early in the pandemic, health officials assumed the coronavirus was transmitted primarily through droplets expelled during coughing or sneezing, as is the flu, or perhaps through contact with contaminated surfaces. But many scientists noted mounting evidence that the coronavirus was airborne, spreading in tiny particles adrift in indoor spaces.

Akin to the rating system for high-quality masks, whose high-tech filtering material trap at least 94 to 95 percent of the most risky particles (N95s, KN95s and KF94s), the filters used in building ventilation systems have what is known as a MERV rating. The higher the rating, which runs from 1 to 16, the better the filter is at trapping particles.

The new federal guidelines advise buildings to upgrade to at least a MERV 13 filter, which traps 85 percent or more of risky particles. Before the pandemic, many buildings used MERV 8 filters, which are not designed for infection control.

Long before the pandemic, studies showed that indoor air quality affects the health of students and workers. A Harvard study of more than 3,000 workers showed that sick leave increased by 53 percent among employees in poorly ventilated areas. Improved ventilation has also been associated with better test scores and fewer school absences.

“Improving indoor air has benefits beyond Covid-19,” Dr. Nelson wrote. “It will reduce the risk of getting the flu, a common cold, or other diseases spread by air, and lead to better overall health outcomes.”