The virus took center stage in the skirmish between Mike Pence and Kamala Harris. 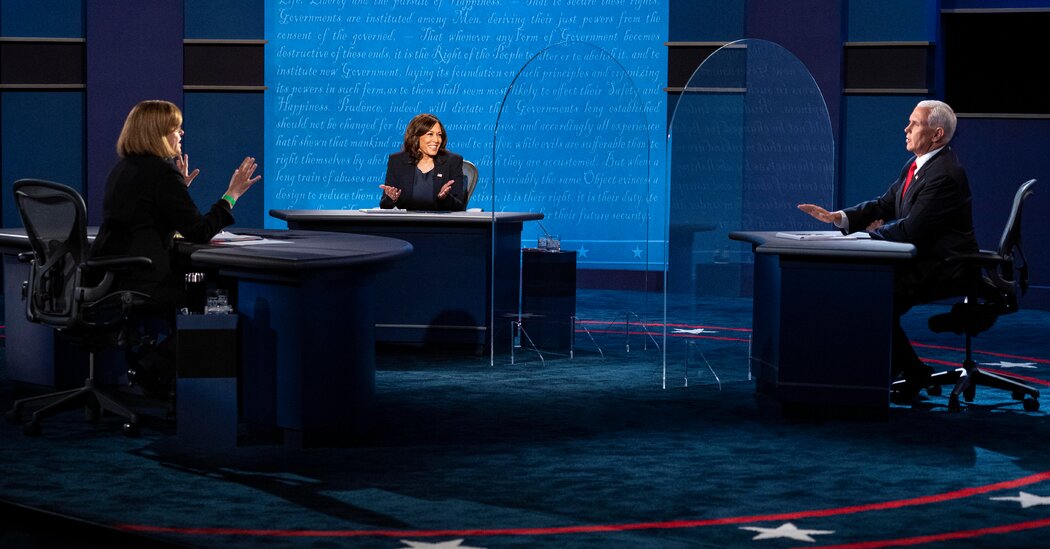 As Vice President Mike Pence and Senator Kamala Harris clashed over the Trump administration’s handling of the coronavirus pandemic Wednesday night, Mr. Pence defended the White House’s record without addressing its fundamental failures, while Ms. Harris accused him and President Trump of presiding over a public-health catastrophe.

Ms. Harris delivered a comprehensive denunciation of the Trump administration’s policies, ranging from the economy and climate change to health care regulation and taxes.

As Ms. Harris attacked Mr. Trump, the vice president sought to recast Mr. Trump’s record on the pandemic and other issues in conventional and inoffensive terms, though often in plain defiance of the facts.

The vice president made misleading or plainly false claims about White House policies on a range of subjects weighing down Mr. Trump in the presidential race.

Mr. Pence claimed that the president had a plan to protect people with pre-existing medical conditions, even though he does not; hailed the “V-shaped recovery” of the economy despite the latest government data; and repeatedly claimed that Mr. Trump would always “follow the science” on climate change even though he has spent his term denying the scientific consensus on global warming and dismantling environmental regulations.

After Mr. Trump’s belligerent performance against Mr. Biden last week, the Harris-Pence forum in Salt Lake City mostly stood out for how different it was from that debate. It was for the most part a gloves-on affair, more akin to conventional political debates of yesteryear, albeit one playing out in a moment of national crisis.