The vice president, like Trump, evaded a question on a peaceful transfer of power. 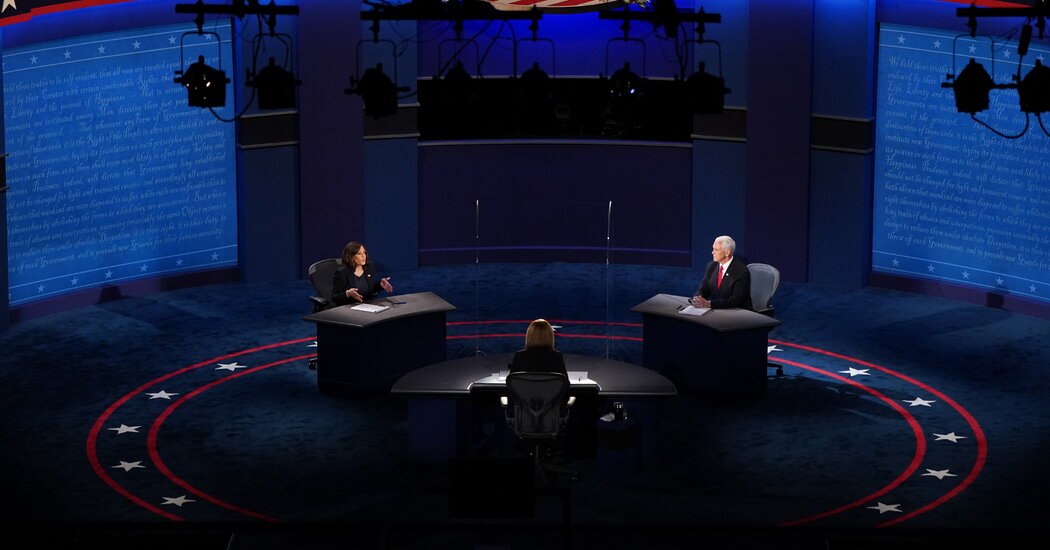 Vice President Mike Pence was asked during Wednesday night’s debate, in a question similar to one put before President Trump at last week’s presidential matchup, what he would do if Mr. Trump refused to accept the election results should he lose to Joseph R. Biden Jr.

Just as Mr. Trump has done repeatedly, Mr. Pence declined to say what he would do — nor did he offer any commitment to accepting a negative result.

“First and foremost, I think we’re going to win this election,” Mr. Pence said before turning his attention to his debate opponent, Senator Kamala Harris. “When you talk about accepting the outcome of the election, I must tell you, Senator, your party has spent the last three and a half years trying to overturn the results of the last election. It’s amazing.”

Mr. Pence never got around to saying what he would do if Mr. Trump declined to accept a losing result.

Senator Kamala Harris was asked a similar question about what she and former Vice President Joseph R. Biden Jr. would do if Mr. Trump refused to step aside. She offered few specifics, but instead made a plea for supporters to vote as soon as possible.

“I’d like to say to everybody, vote,” she said. “Please vote. Vote early, come up with a plan to vote.”

She added: “We have it within our power in these next 27 days to make the decision about what will be the course of our country for the next four years. And it is within our power and if we use our vote and our voice, we will win.”