The Vaccine Rollout Is Changing How We Think about Prescription Meds 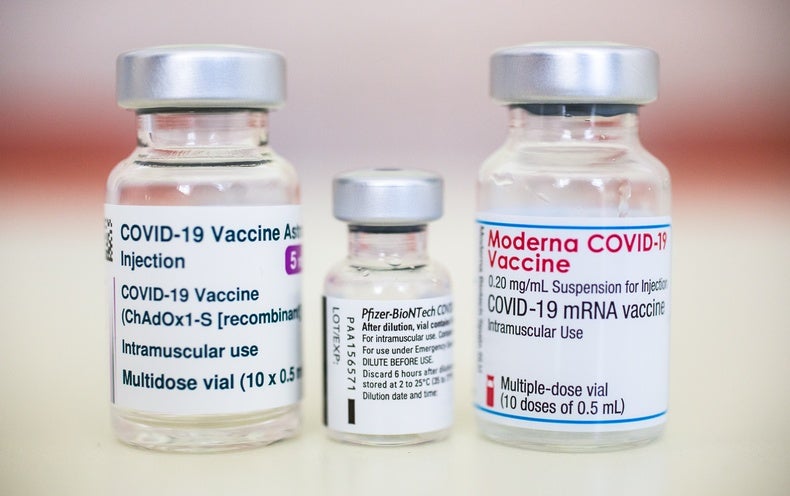 America’s successful COVID vaccine rollout is having profound short-term effects, leading more cities and states to reduce restrictions and reopen parts of their economies—and most recently, leading the CDC to relax its guidance on wearing masks. It’s also likely to have lasting effects that could change how millions of people live their lives. One of those will be what prescription medicines people choose to take.

In a new survey, my company, M Booth Health, found that a seismic shift has already begun. People are changing the ways they talk to their doctors about all of their medicines, and in particular, which prescription medications they accept or reject.

With a historic pandemic bringing unprecedented upheaval to their lives, people have spent more time and energy learning about science and medicine. They’ve become more knowledgeable and empowered. This goes beyond just COVID; it extends into all of their medical needs.

The majority (57 percent) told us they are now more likely to read up on the science behind any vaccine or medication. Nearly as many (55 percent) said they’ll ask their doctors about all their therapeutic options instead of accepting the first recommendation they receive.

The effects of this are difficult to overestimate. About half the U.S. population takes prescription drugs. More than four billion prescriptions are dispensed each year, topping half a trillion dollars in spending. So even slight changes in which medicines people select could affect millions of people and tens of millions of dollars.

The changes are being driven by a new way people are thinking about pharmaceutical companies. In the past, consumers have given little if any thought to which company is behind the vaccines and medicines they take. For example, although 55 percent of Americans had the latest flu vaccine, in our survey only 3 percent of consumers could name a company that manufactures a flu vaccine.

But the past year, which has included months of intense news coverage of COVID vaccines, has given pharmaceutical companies a new place top of mind. Ninety percent of the people we polled are now familiar with Pfizer, and 80 percent are familiar with Moderna. (The maker of the third vaccine available in the United States, Johnson & Johnson, had even higher name recall, but it was already widely known because of its consumer products.)

Consumers’ heightened recognition of drug companies is not limited to the vaccine makers. People have read and learned more about others as well. Bayer, AstraZeneca (which made a vaccine available in some other countries), Merck and Bristol Myers Squibb are now all familiar names to more than half of our respondents.

Most strikingly, consumers now prefer one brand over another. This begins with preferences for a vaccine, but it extends outward from there. In our poll, many respondents told us that going forward they’ll prefer medicines from their favorite brands.

Nearly half (44 percent) of Americans plan to tell their doctor about personal preferences for medications manufactured by certain pharmaceutical companies. These figures are larger among younger people, suggesting that it’s a wave of the future. More than half (52 percent) of Gen Z respondents said they will do so.

The biggest “winner” in this respect is Pfizer. When it comes to vaccines specifically, more than 70 percent of Americans prefer one by name: 36 percent prefer Pfizer—as many as Moderna (19 percent) and Johnson & Johnson (17 percent) combined.

Doctors say there is no “best” vaccine, and the CDC has no preference. Still, among most Americans, preferences and even a sense of “vaccine elitism”— the belief some people have that their vaccine choice is superior—have taken hold.

As a result of these changes, pharmaceutical companies are likely to put more efforts into reaching out to consumers directly. Expect more marketing from these companies talking about the work they do and what they stand for.

Pharma executives are also likely to take on larger public profiles. Nearly half of our respondents (46 percent) said they want to hear more from pharmaceutical brand leaders.

One in three respondents told us they now think of pharmaceutical companies as being similar to household name brands like Nike and Amazon. This is a sea change—one with repercussions that could be felt for decades to come.

This is an opinion and analysis article