The T.S.A. has issued hundreds of thousands of dollars in fines for mask mandate violations. 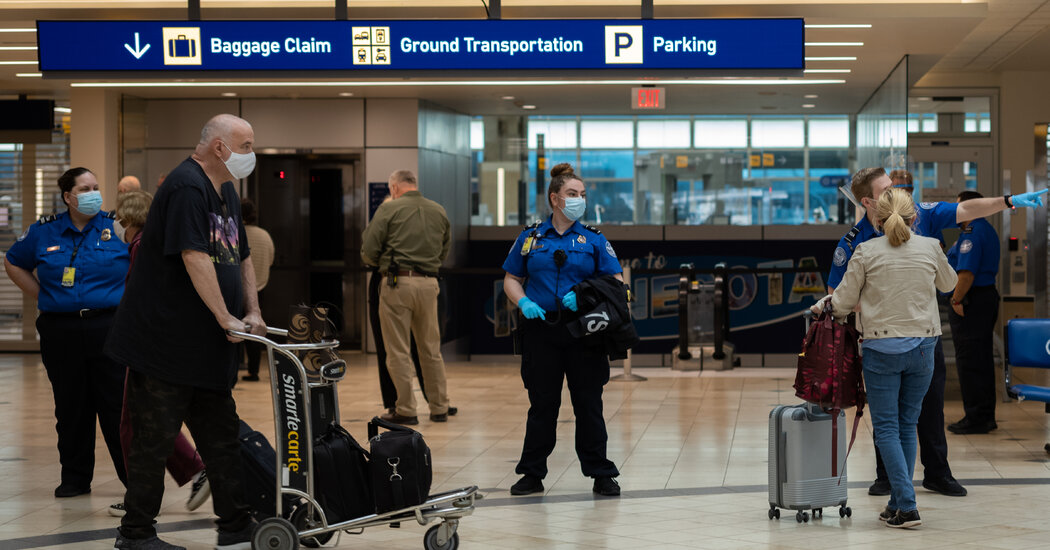 Over the past six months, the Transportation Security Administration ramped up civil citations to passengers, mostly aboard airplanes, who refused to comply with mask mandates, slapping them with more than $640,000 in proposed fines, according to a government report released on Monday.

It was a stark increase compared with a six-month period from February to Sepember of last year, when the T.S.A. issued more than 2,000 warnings and fined just 10 passengers a total of $2,350, according to a news release in October.

The wearing of masks to stop the spread of the coronavirus became a cultural flash point during the early months of the pandemic and has continued to be polarizing.

Last week the Biden administration extended the mask mandate for air travel and public transportation to April 18, while the Centers for Disease Control and Prevention reviews the policy to see if it is still necessary.

Both the T.S.A. and the Federal Aviation Administration investigate incidents in which people do not comply with mask mandates. The T.S.A.’s authority is not limited to air travel, but covers airports and other modes of public transportation. During 2021, the F.A.A. proposed more than $5 million in fines for unruly airplane passengers; most of the incidents were mask related.

R. Carter Langston, a spokesman for the T.S.A., said the process for reporting incidents became better understood in the past six months, which is why the citations and penalties increased so significantly.

The report did not include any recommendations for the agency.