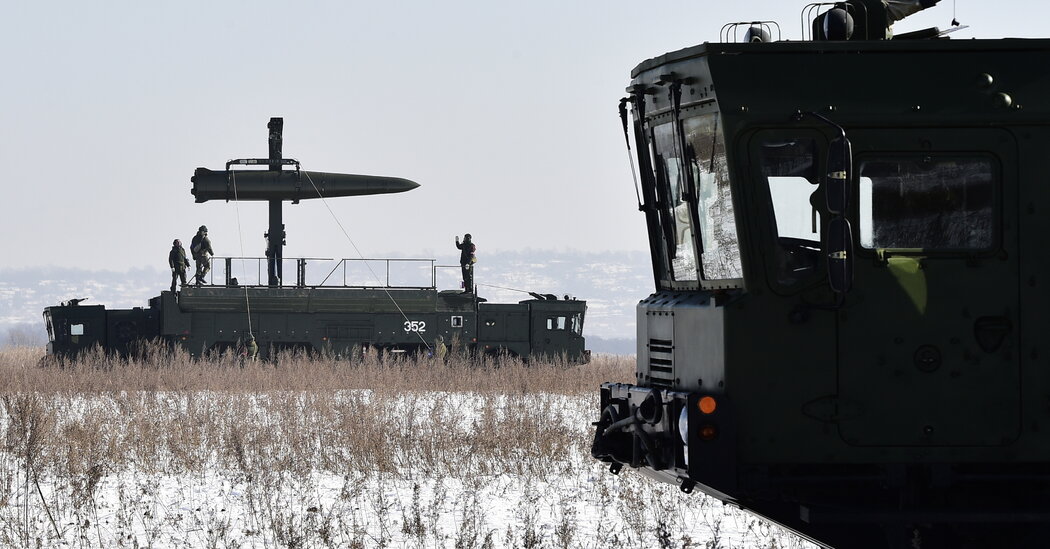 A global race for the smaller arms is intensifying. Though such weapons are less destructive by Cold War standards, modern estimates show that the equivalent of half a Hiroshima bomb, if detonated in Midtown Manhattan, would kill or injure half a million people.

The case against these arms is that they undermine the nuclear taboo and make crisis situations even more dangerous. Their less destructive nature, critics say, can feed the illusion of atomic control when in fact their use can suddenly flare into a full-blown nuclear war. A simulation devised by experts at Princeton University starts with Moscow firing a nuclear warning shot; NATO responds with a small strike, and the ensuing war yields more than 90 million casualties in its first few hours.

No arms control treaties regulate the lesser warheads, known sometimes as tactical or nonstrategic nuclear weapons, so the nuclear superpowers make and deploy as many as they want. Russia has perhaps 2,000, according to Hans M. Kristensen, director of the Nuclear Information Project at the Federation of American Scientists, a private group in Washington. And the United States has roughly 100, a number limited by domestic policy disputes and the political complexities of basing them in Europe among NATO allies, whose populations often resist and protest the weapons’ presence.

Russia’s atomic war doctrine came to be known as “escalate to de-escalate” — meaning routed troops would fire a nuclear weapon to stun an aggressor into retreat or submission. Moscow repeatedly practiced the tactic in field exercises. In 1999, for instance, a large drill simulated a NATO attack on Kaliningrad, the Russian enclave on the Baltic Sea. The exercise had Russian forces in disarray until Moscow fired nuclear arms at Poland and the United States.

Dr. Kühn of the University of Hamburg said the defensive training drills of the 1990s had turned toward offense in the 2000s as the Russian army regained some of its former strength.

Concurrent with its new offensive strategy, Russia embarked on a modernization of its nuclear forces, including its less destructive arms. As in the West, some of the warheads were given variable explosive yields that could be dialed up or down depending on the military situation.

A centerpiece of the new arsenal was the Iskander-M, first deployed in 2005. The mobile launcher can fire two missiles that travel roughly 300 miles. The missiles can carry conventional as well as nuclear warheads. Russian figures put the smallest nuclear blast from those missiles at roughly a third that of the Hiroshima bomb.