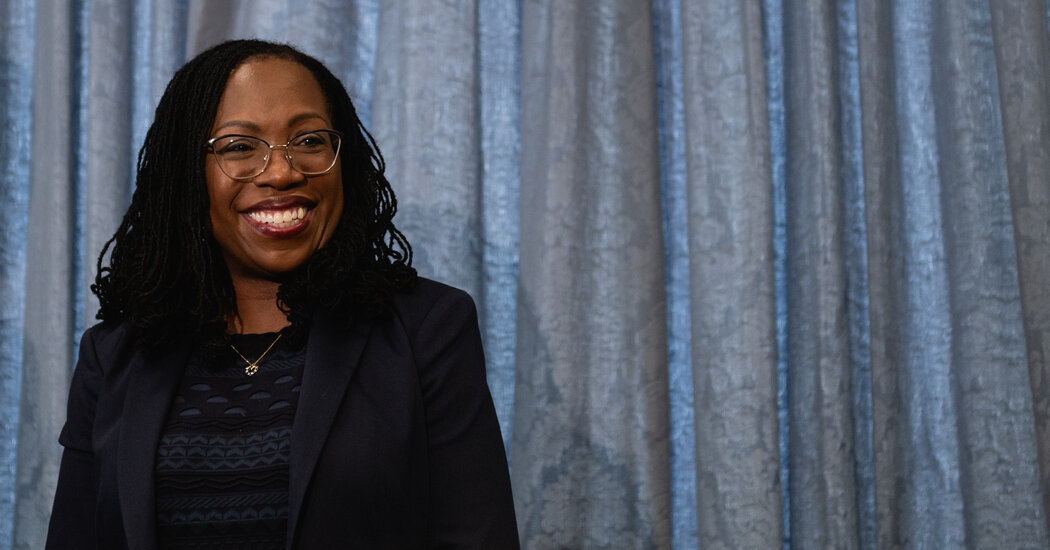 The aggressively hostile interrogation of Judge Jackson, featuring political dog-whistling and relentless re-litigating of Supreme Court feuds of the past, marred what could have been not only a reset for the Senate, but a significant national moment in seeing the first Black woman ascend to the pinnacle of American jurisprudence with strong support.

Instead it was an escalation of what has come before it in recent years: toxic partisanship, bitter attacks and nasty questioning full of innuendo about the supposed character failings of a nominee who will likely carry the scars across the street to the high court.

“Do you believe child predators are misunderstood?” Senator Marsha Blackburn, Republican of Tennessee, asked in one of the many loaded queries aimed at defining Judge Jackson as some sort of pedophile enabler, despite years of lauded service on the bench.

“Could you fairly judge a Catholic?” asked Senator Lindsey Graham, Republican of South Carolina, one of Judge Jackson’s main antagonists despite the fact that he had voted to promote her to a highly influential appellate court just last year, one of only three Republicans to do so.

“Do you agree with this book that is being taught with kids that the babies are racist?” asked Senator Ted Cruz, Republican of Texas, who also took it upon himself to lecture Judge Jackson, whose parents had attended segregated schools, about the teachings of the Rev. Dr. Martin Luther King.

She was questioned about the definition of “woman,” at a time when transgender rights are a hot-button issue, and grilled repeatedly about her views of antiracism and critical race theory.

If there were any Supreme Court confirmation that could have gone differently, it was this one.

Judge Jackson is a historic nominee, rated as highly qualified even by her critics. She has been vetted and confirmed three times by the Judiciary Committee and the Senate, the last time less than a year ago for the appeals court post. Her approval would not change the ideological makeup of the court, lowering the stakes of her confirmation considerably.

Republican leaders had been determined to show that they could be better than Democrats in challenging the nominee of the president of the other party in a respectful way. And they feared the tableau of white Republican men ganging up on a Black woman would not sit well in an election year.

But Republicans could not help themselves. In long days of questioning, many of them tried to destroy Judge Jackson, or at least drag her through the muck on her way to a confirmation they knew was certain if Democrats remained united behind her.

In the end, the allure of media attention coupled with the strong gravitational pull of the right fringe of their party proved too much for many Republicans to resist. The stakes of a lifetime seat on a court that will decide some of the most polarizing issues in a divided nation have become too high, the politics surrounding the court too potent.

Plus, Republicans continue to seek revenge for Democrats’ treatment of their party’s nominees dating back 35 years, and are particularly livid at what they consider the vicious attacks on Justice Brett M. Kavanaugh by Democrats during his confirmation four years ago.

“There is this need to punch back,” said Senator Kevin Cramer, Republican of North Dakota, bemoaning the steep deterioration in the confirmation climate and the difficulty in correcting course.

But Justice Kavanaugh was accused of sexual assault by someone who agreed to testify under oath at his confirmation hearing, a far different circumstance from that of Judge Jackson, who faced a barrage of questions that suggested she was a radical on social issues and a coddler of child sex abusers. And though the Kavanaugh hearings were explosive, Democrats at least agreed to hold them, unlike Republicans who had blockaded President Barack Obama’s 2016 nominee, Merrick Garland.

This time around, Democrats were incensed, though not surprised, by the assault on Judge Jackson via a Republican presentation of sentences in child sexual abuse cases that has been widely discredited, not to mention the accusatory questions, frequent interruptions and lectures to which they subjected her. Senator Jon Ossoff, Democrat of Georgia, said he found many of the Republican attacks “cruel and unfair.”

“You faced insults here that were shocking to me,” said Senator Cory Booker, Democrat of New Jersey and the only Black member of the committee, who then paused before adding, “Well, actually not shocking.”

Democrats argue that Republicans took advantage of the complexity of the law and sentencing around sexual abuse cases to grossly distort Judge Jackson’s record in a handful of cases. They note that Republicans on the panel voted for Republican-nominated judges who sent child sex offenders to jail for terms lower than recommended by the government and never raised a peep about it.

“It is hypocrisy with a capital H,” said Senator Richard Blumenthal, Democrat of Connecticut.

Even after the questioning concluded, Republicans weren’t finished. Led by Mr. Cruz, some were demanding a delay in any committee vote until the confidential sentencing documents in each of the child sex abuse cases Judge Jackson handled were turned over for review — still seeking more ammunition against her. Democrats shot down that option, leaving Republicans threatening to boycott any committee vote and stall the nomination.

That idea seemed to fizzle when Republicans realized how it would look. A committee vote is now set for April 4.

Republican members of the committee appeared to have few, if any, regrets about their treatment of Judge Jackson.

“I don’t think it was that brutal,” said Senator Tom Cotton, Republican of Arkansas, who referred to Judge Jackson as a “left-wing activist.” “We were just questioning her judgment.”

Doing so dovetails neatly with Republicans’ strategy for the coming midterm elections, in which they plan to use rising crime as a cudgel against Democrats. They saw Judge Jackson’s nomination — and her history as a public defender — as a way to try to capitalize on that.

In announcing his opposition to Judge Jackson on Thursday, less than 24 hours after her testimony ended, Senator Mitch McConnell, Republican of Kentucky and the minority leader, noted that she “gave certain terrible kinds of criminals light sentences” and that the nation is currently “in the midst of a national violent crime wave and exploding illegal immigration.”

He also said it would be bad for the nation if Judge Jackson failed to win any Republican votes. Like many others, he found the confirmation process to be more of an ordeal than a legitimate inquiry, considering the toll it takes on a nominee who has been a highly celebrated individual right up to the moment the Senate bears down.

“I think we ought to try to change the process and make it a little more humane,” Mr. Durbin said.

Where this leaves the state of Supreme Court reviews is hard to know. The Jackson hearing seemed to open a new frontier in vilification by focusing so heavily on her sentencing history, meaning any sentences handed down by future nominees will now become fodder for attack.

Some senators took the hopeful view that this episode might finally force a reassessment. Senator Sheldon Whitehouse, Democrat of Rhode Island, said the hearings had showcased “some truly poisonous, cynical behavior that trawled through the absolute bottom of what the Senate has done in dark times past.”

“Let’s hope that that was the low point, and we move back from that low point,” he said.