The R.N.C.’s TV ratings declined on the third night, lagging the D.N.C. 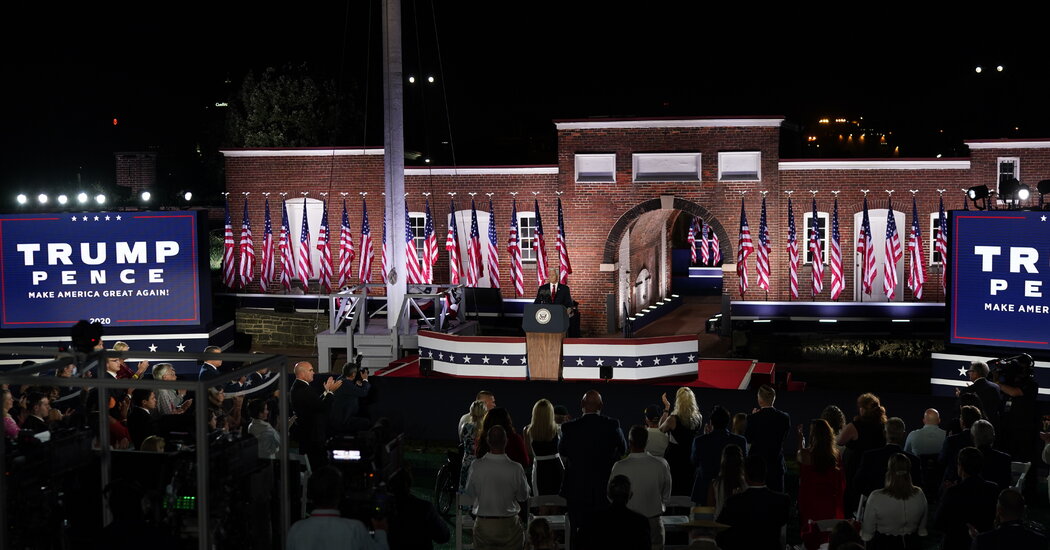 Television ratings declined for Wednesday’s installment of the Republican National Convention, which was seen by roughly 25 percent fewer live viewers than the third night of the Democratic convention last week.

About 17.3 million people tuned in to watch the convention on television on its third night, when Vice President Mike Pence gave the keynote speech, according to Nielsen. The decline followed a ratings bump on Tuesday, when 19.4 million watched a Rose Garden address from the first lady, Melania Trump.

Fox News, as it has throughout this week, dominated the competition. About 7.1 million people watched Fox News’s convention coverage from 10 to 11:15 p.m., a larger audience than ABC, CBS and NBC combined.

No other major network cracked two million viewers during that time period, according to early statistics.

Nielsen figures do not include viewers who may have watched the convention on the internet or a streaming platform. Many younger Americans now prefer to watch live events online, but the size of that audience is difficult to credibly measure.