The Problem of ‘Personal Precedents’ of Supreme Court Justices 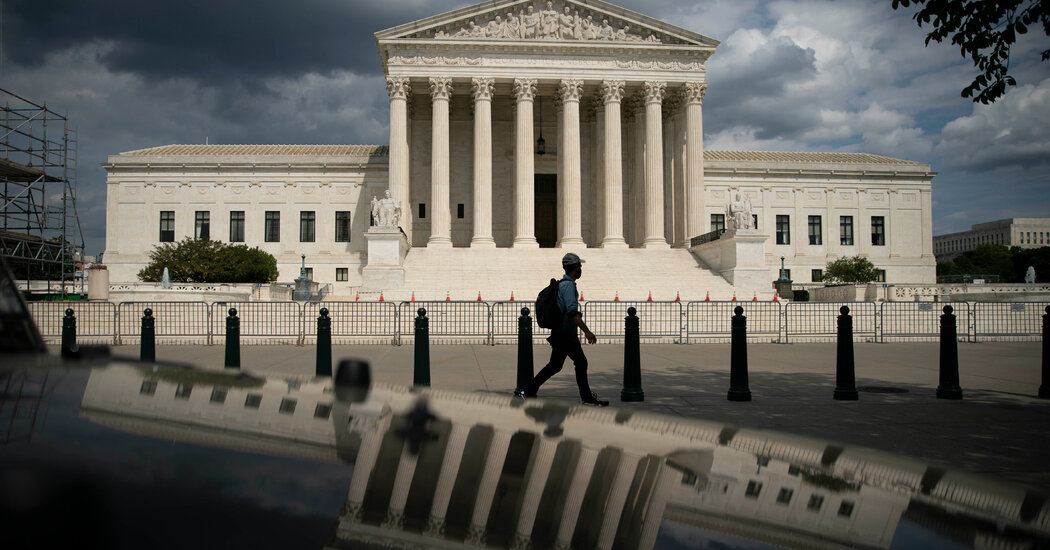 WASHINGTON — Supreme Court justices, like most people, like to appear to be consistent. No one wants to be thought to be a flip-flopper, an opportunist or a hypocrite.

That means justices try not to disavow earlier legal views, even ones that appeared in dissents, in opinions they wrote as appeals court judges, in academic work, at their confirmation hearings and elsewhere.

This impulse, which a provocative new article calls “personal precedent,” can be at odds with respect for precedent in the conventional sense.

The force and legitimacy of such personal precedents has seldom been explored, and the rare scholars who have considered it have mostly been critical. “To factor in one’s individual track record on an issue” in decisions on whether to overrule actual precedents “presents an example of political behavior,” Allison Orr Larsen, a law professor at William & Mary, wrote in a 2008 article.

The new article, to be published in The Harvard Law Review, takes a different view, saying that “personal precedent both does and should play a central role in Supreme Court practice.”

Its author, Richard M. Re, a law professor at the University of Virginia, asserts that “a judge’s personal law operates as law — indeed, as the law’s building block.”

There is little question that justices value what Justice Stephen G. Breyer called, in a recent book, “the importance of personal consistency.”

“A judge who has previously expressed a view, even on a fairly minor technical matter, may hesitate to join fully a majority opinion expressing a contrary view on the minor matter, lest the legal public think that the judge is being inconsistent,” Justice Breyer wrote.

If that is true of minor matters, it is surely true of significant ones.

The longer justices serve, the more personal precedents they accumulate. Late in the tenure of Justice William J. Brennan Jr., who was on the Supreme Court for nearly 34 years, “his enormous body of opinions guided his clerks except in the rare instances when a new issue arose,” Seth Stern and Stephen Wermiel wrote in their 2010 biography of the justice, who retired in 1990 and died in 1997.

“The guiding principle,” the biographers wrote, “was not to contradict his prior opinions.”

Lawyers certainly take account of personal precedent. In a major case on the scope of the Second Amendment that was argued in November, the parties’ briefs focused heavily on a dissent Justice Brett M. Kavanaugh had issued when he was an appeals court judge. The federal government’s brief cited the dissent nine times.

“To heap attention on such an obviously nonprecedential opinion is extraordinary — and impossible to square with any formal rule of precedent,” Professor Re wrote.

Another appeals court dissent, this one from Justice Amy Coney Barrett, also figured in the briefs, with the challengers citing it three times.

Dissents have, of course, no precedential value in the conventional sense. But they certainly matter as the justices’ personal precedent.

Personal precedents can help support institutional ones, so long as the court’s membership does not change. After all, as Justice Antonin Scalia wrote in a 1989 dissent, “overrulings of precedent rarely occur without a change in the court’s personnel.”

Indeed, there have been only five occasions on which the Supreme Court overruled one of its decisions without an intervening change in its membership, according to a tally by Michael J. Gerhardt, a law professor at the University of North Carolina.

“The slow rate at which seats turn over itself encourages continuity in case law,” Justice Barrett wrote in a 2013 law review article before she joined the court. “Justices do change their minds, but overruling is more likely when fresh eyes see a case.”

A contrary view was expressed in a 2008 book by Richard A. Posner, a prominent federal appeals court judge who retired in 2017. “If changing judges changes the law,” he wrote, “it is not even clear what law is.”

“You’ve got to reckon with it,” Professor Re said of personal precedent. “You can’t wish it away.”

Professor Larsen, while praising Professor Re’s article as sophisticated and measured, said that “he undersells the consequences of personal precedents for the court as an institution.”

“The endgame,” she said, “is an even more polarized Supreme Court with very little room for consensus and common ground.”