The Postal Service will destroy some pre-election postcards that Colorado officials said were misleading to voters. 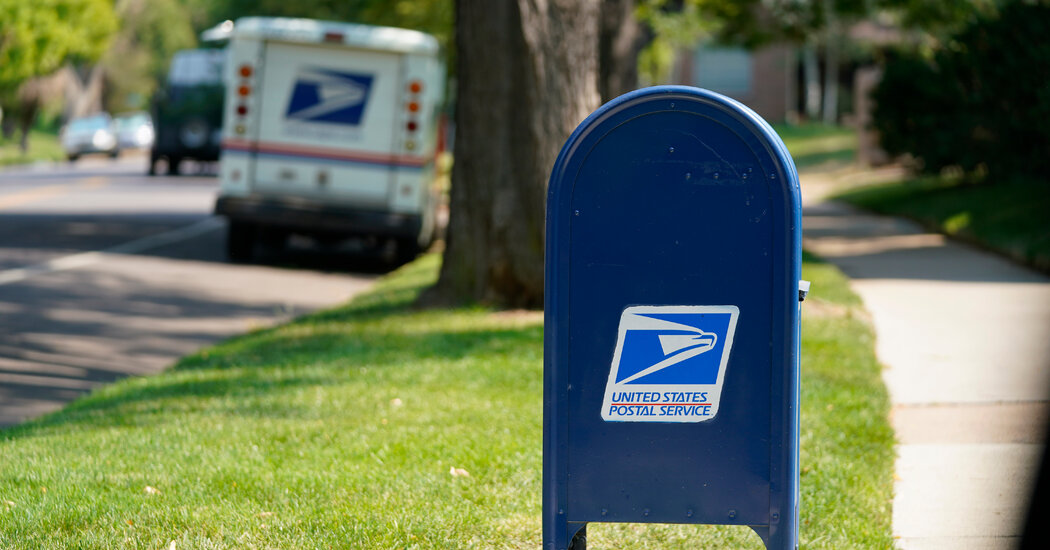 The Postal Service has agreed to destroy undelivered postcards intended for Colorado residents to settle a lawsuit brought by the state that claimed the postcards contained misleading information about voting by mail.

The settlement, which was filed with the United States District Court in Denver late Thursday, also requires the Postal Service to seek input from Colorado officials on other public outreach related to mail-in voting.

The settlement comes amid escalating political and legal battles over voting by mail, which is expected to be used at record rates this year because of the coronavirus pandemic. President Trump has claimed without evidence that mail-in voting will lead to massive fraud, and Democrats have countered that he is trying to use the Postal Service to undermine mail voting.

Colorado’s lawsuit accused the Postal Service of attempting to disenfranchise voters in the state by offering misleading information on the postcard about how to vote by mail, including requirements for receiving a mail ballot and recommendations about when to return it.

The Postal Service cast the mailer, which was sent to addresses nationwide, as a good-faith effort to encourage people voting by mail to do so early to lessen the prospect of having their ballots disqualified for missing deadlines.

But the post office nonetheless agreed in the settlement to “take all reasonable measures not to deliver, to Colorado residents, the Notices that are currently undelivered.”

The settlement was reached as the Postal Service has worked to tamp down rising tensions with state elections officials. In a private call on Thursday, Louis DeJoy, the postmaster general, apologized to dozens of state elections officials for failing to share the mailer before it was sent out, and sought to distance himself from Mr. Trump’s attacks on mail-in voting.

In a statement on Friday morning, Floyd Wagoner, a Postal Service spokesman, said the agency was “pleased that through open dialogue and communication with the state of Colorado we have resolved this matter, and look forward to working with the state and others across the country as we prepare for the election.”