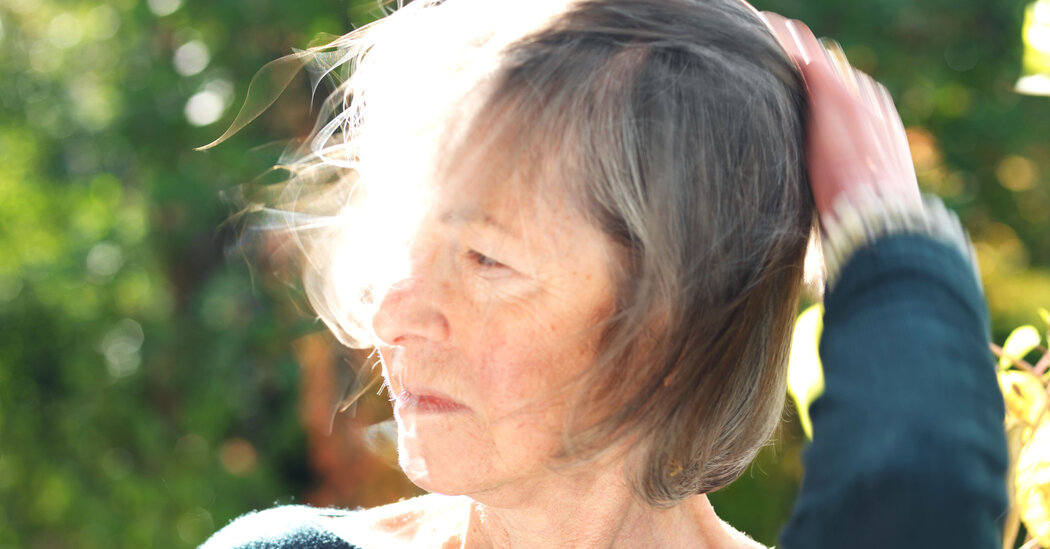 “I’m a very sociable person. The fact that I dislike interviews doesn’t mean I’m a recluse,” the poet Louise Glück said early on in our interview.

Glück had been put in an uncomfortable spot. On Thursday morning, she won the Nobel Prize in Literature. Journalists were lining the street outside her home in Cambridge, Mass. Her phone hadn’t stopped ringing since 7 a.m., an onslaught of attention she described as “nightmarish.”

By now, Glück should be accustomed to acclaim. In a career that has lasted more than five decades, she has published a dozen volumes of poetry and received virtually every prestigious literary prize: The National Book Award, the Pulitzer Prize, the National Book Critics Circle Award and the National Humanities Medal, among others.

She’s revered by literary critics and her peers for her spare, direct and confessional verses.

“Her work is like an inner conversation. Maybe she’s talking to herself, maybe she’s talking to us. There’s a kind of irony to it,” said her longtime friend and editor, Jonathan Galassi, the president of Farrar, Straus & Giroux. “One thing that’s very constant in her work is that inner voice. She’s always evaluating experience against some ideal that it never matches.”

The past few months have been trying for Glück, who is divorced and lives alone, and was accustomed to dining out with friends six nights a week before the pandemic. For several months in the spring, she struggled to write. Then, late this summer, she started writing poems again, and finished a new collection, titled “Winter Recipes From the Collective,” which FSG plans to release next year.

“The hope is that if you live through it, there will be art on the other side,” she said.

Glück spoke to The Times a few hours after the news of her Nobel Prize broke. Below are edited excerpts from the conversation.

How did you first hear the news?

This morning I got a phone call at something like quarter to seven. I was just awake. A man who introduced himself as the secretary of the Swedish Academy, he said, “I’m calling to tell you you’ve won the Nobel Prize.” I can’t remember what I said, but it had some suspicion in it.

I think I was unprepared.

How did you feel once you absorbed that it was real?

Completely flabbergasted that they would choose a white American lyric poet. It doesn’t make sense. Now my street is covered with journalists. People keep telling me how humble I am. I’m not humble. But I thought, I come from a country that is not thought fondly of now, and I’m white, and we’ve had all the prizes. So it seemed to be extremely unlikely that I would ever have this particular event to deal with in my life.

What has your life been like during these intense and isolating months during the pandemic? Have you been able to write?

I write very erratically anyway, so it’s not a steady discipline. I’ve been working on a book for about four years that tormented me. Then in late July and August, I unexpectedly wrote some new poems, and suddenly saw how I could shape this manuscript and finish it. It was a miracle. The usual feelings of euphoria and relief were compromised by Covid, because I had to do battle with my daily terror and the necessary limitations on my daily life.

What is the new collection about?

I’ve written about death since I could write. Literally when I was 10, I was writing about death. Yeah, well, I was a lively girl. Aging is more complicated. It isn’t simply the fact that you’re drawn closer to your death, it’s that faculties that you counted on — physical grace and strength and mental agility — these things are being compromised or threatened. It’s been very interesting to think about and write about.

A lot of your work draws on classical mythology and weaves together mythic archetypes with more intimate contemporary verses about family bonds and relationships. What draws you to those mythic figures, and how do those stories enhance what you are trying to explore and communicate through your poetry?

Everybody who writes draws sustenance and fuel from earliest memories, and the things that changed you or touched you or thrilled you in your childhood. I was read the Greek myths by my visionary parents, and when I could read on my own, I continued to read them. The figures of the gods and heroes were more vivid to me than the other little children on the block in Long Island. It wasn’t as though I was drawing on something acquired late in life to give my work some kind of varnish of learning. These were my bedtime stories. And certain stories particularly resonated with me, especially Persephone, and I’ve been writing about her on and off for 50 years. And I think I was as much caught up in a struggle with my mother, as ambitious girls often are. I think that particular myth gave a new aspect to those struggles. I don’t mean it was useful in my daily life. When I wrote, instead of complaining about my mother, I could complain about Demeter.

Some have compared your work to Sylvia Plath and described your verses as confessional and intimate. To what extent have you drawn on your own experience in your work, and to what extent are you exploring universal human themes?

You always draw on your own experience because it’s the material of your life, starting with your childhood. But I look for archetypal experience, and I assume that my struggles and joys are not unique. They feel unique as you experience them, but I’m not interested in making the spotlight fall on myself and my particular life, but instead on the struggles and joys of humans, who are born and then forced to exit. I think I write about mortality because it was a terrible shock to me to discover in childhood that you don’t get this forever.

You’ve experimented with different poetic forms in the course of your career, though your voice has remained distinct. Has that been a deliberate, conscious effort to push yourself by trying different forms?

Yes, all the time. You’re writing to be an adventurer. I want to be taken somewhere I know nothing about. I want to be a stranger to a territory. One of the few good things to say about old age is that you have a new experience. Diminishment is not everybody’s most anticipated joy, but there is news in this situation. And that, for a poet or writer, is invaluable. I think you have always to be surprised and to be, in a way, a beginner again, otherwise I would bore myself to tears. And there have been times when I have, when I’ve thought, you know, you wrote that poem. It’s a very nice poem, but you already wrote it.

In what ways do you feel aging has led you to explore new territory as a poet?

You find yourself losing a noun here and there, and your sentences develop these vast lacunae in the middle, and you either have to restructure the sentence or abandon it. But the point is, you see this, and it has never happened before. And though it’s grim and unpleasant and bodes ill, it’s still, from the point of view of the artist, exciting and new.

Your style has often been described as spare and pared down. Is that the voice that comes to you naturally when you write, or is it something that you’ve developed and polished?

Pared down sometimes, yeah. Sometimes I write conversationally. You don’t work on a voice. The sentence finds a way to speak itself. This sounds so Delphic. It’s a hard thing to discuss, a voice. I think I am fascinated by syntax and always felt its power, and the poems that moved me most greatly were not the most verbally opulent. They were the poets like Blake and Milton, whose syntax was astonishing, the way emphasis would be deployed.

You teach at Yale and have spoken about how teaching has helped you through difficulties you’ve confronted in your own writing. How has teaching shaped you as a writer?

You’re constantly being bathed in the unexpected and the new. You have to rearrange your ideas so that you can draw out of your students what excites them. My students amaze me; they dazzle me. Though I couldn’t always write, I could always read other people’s writing.

Thank you so much for your time. Is there anything else that you’d like to add?

If you consider the fact that I started out by wanting to mention nothing, and then I talked my head off, no, I can’t think of anything. Most of what I have to say of any real urgency comes out in poems, and the rest is just entertainment.