The Pentagon Orders Another 7,000 US Troops to Europe 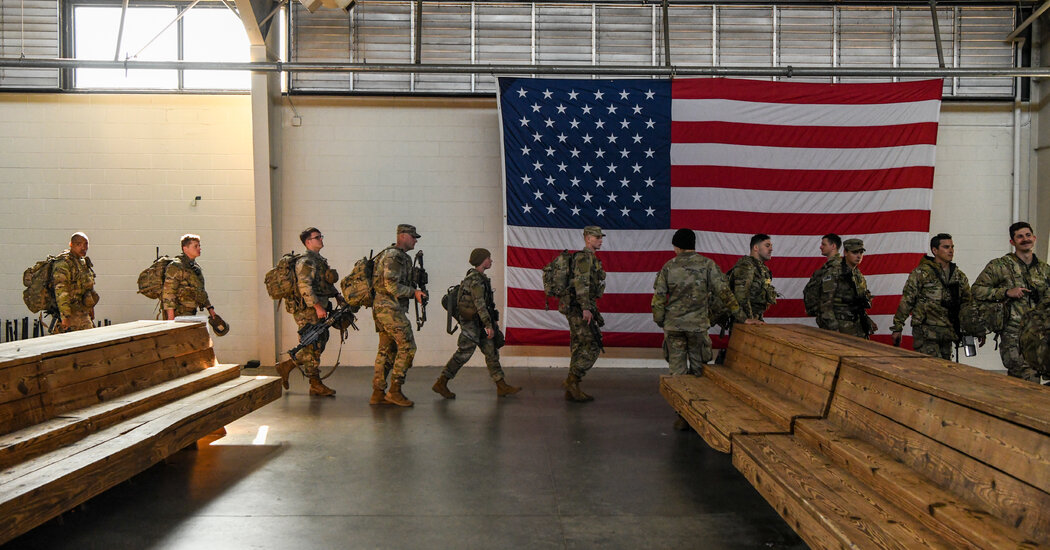 WASHINGTON — The Pentagon said on Thursday that it was sending an additional 7,000 troops to Europe, after Russia’s invasion of Ukraine launched the biggest land war in Europe since World War II.

Defense Secretary Lloyd J. Austin III ordered the deployment of an armored brigade combat team to Germany to reassure NATO allies, the Pentagon said in a statement. In particular, American military officials want to send another message: while the United States is staying out of Ukraine, it will not hesitate to act if President Vladimir V. Putin of Russia turns his eye toward a member of the Atlantic alliance.

The move comes as Mr. Biden warned on Thursday that the United States would “get involved” if Mr. Putin made any moves into countries in the North Atlantic Treaty Organization.

The Pentagon this week moved six F-35 fighter jets and a slew of other warplanes to Eastern Europe to shore up support for NATO allies. Mr. Austin also ordered an infantry battalion task force — some 800 troops — to the Baltics. Those troops and warplanes were already in the European theater, the official said.