The Pandemic’s To-Go Drinks Are Here to Stay 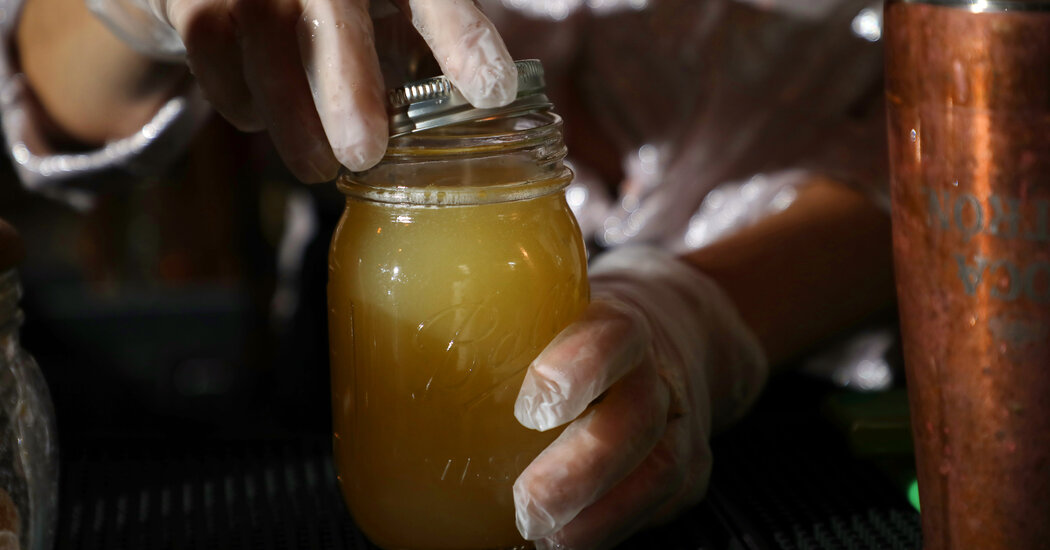 In New York, where lawmakers are considering a bill to make to-go cocktails permanent, a rivalry has emerged between liquor stores and restaurants. Stefan Kalogridis, the president of the New York State Liquor Store Association, has said his organization supports the change, but only if restaurants are restricted from selling bottles of alcohol.

Across the border in Connecticut, where lawmakers are considering a similar bill, the state’s Department of Mental Health and Addiction Services has raised concerns that alcohol delivery may encourage teenagers to drink.

“Now that we’re entering this new normal, we need new measures in place to track the identity of the person purchasing the alcohol,” said Deborah Lake, a director of the Governor’s Prevention Partnership, which works on substance abuse issues in Connecticut.

Concerns are to be expected, but what’s remarkable, said Mr. Whatley of the National Restaurant Association, is how little resistance lawmakers are posing to to-go cocktails. That’s true even in states like Georgia, which has traditionally taken a conservative approach to alcohol sales, including a onetime ban on Sundays.

In March, Georgia State Representative Kasey Carpenter introduced a bill that would allow restaurants in the state to permanently sell mixed drinks to-go. “Moving forward, Georgians will eat out differently,” he said, “This bill seeks to give our industry the flexibility to address those needs.”

State representatives had two questions about the bill, which requires customers to transport the cocktail in the trunk of their car.

“How do you prevent it from spilling?” Representative Jasmine Clark asked.