The pandemic has curbed new voter registrations, but a study suggests a reason for hope. 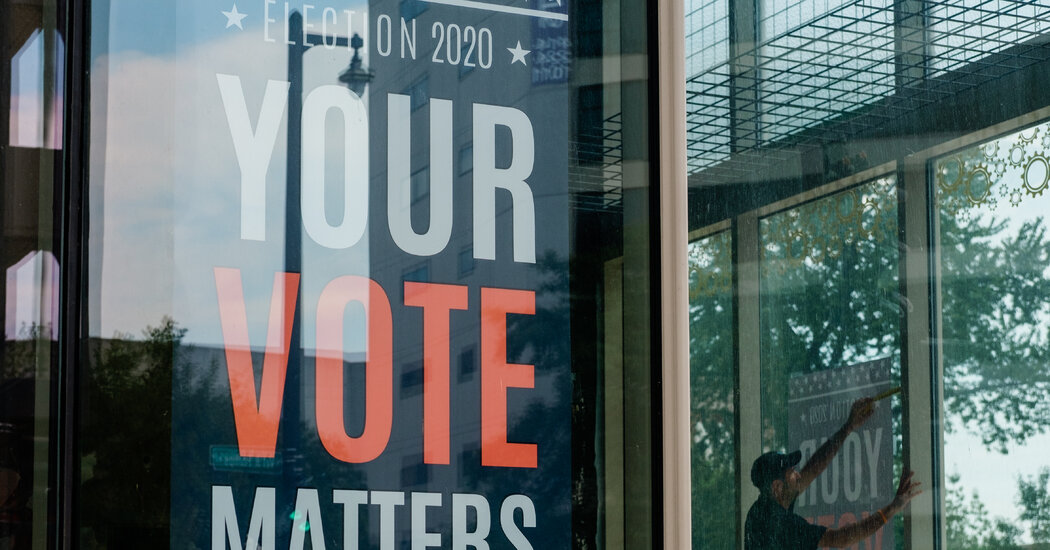 Despite immense interest in November’s elections, new-voter registrations have plummeted this year, thanks to a pandemic that has shut down motor-vehicle licensing offices and get-out-the-vote drives by advocacy groups at places like malls and street festivals.

Now, however, a new study suggests registrations are experiencing at least a partial rebound.

The study, by the Center for Election Innovation and Research, shows that the total number of new voters registered in June in the District of Columbia and six states — Colorado, Delaware, Florida, Georgia, Texas and Virginia — was slightly above the total logged in June 2016. It marked the end of a steep decline that began in March, when Covid-19 began its rapid spread.

That is the good news, said David J. Becker, the director of the center. The bad news is that even with that rebound, those seven jurisdictions have reported nearly 330,000 fewer registrations this year through June than during the same period in 2016.

“There’s much more interest in this election than in 2016, and the population has grown,” he said. “So in a normal election we’d expect registration to be significantly higher.”