The N.Y. attorney general asked a judge to order Eric Trump to testify about the Trump family business. 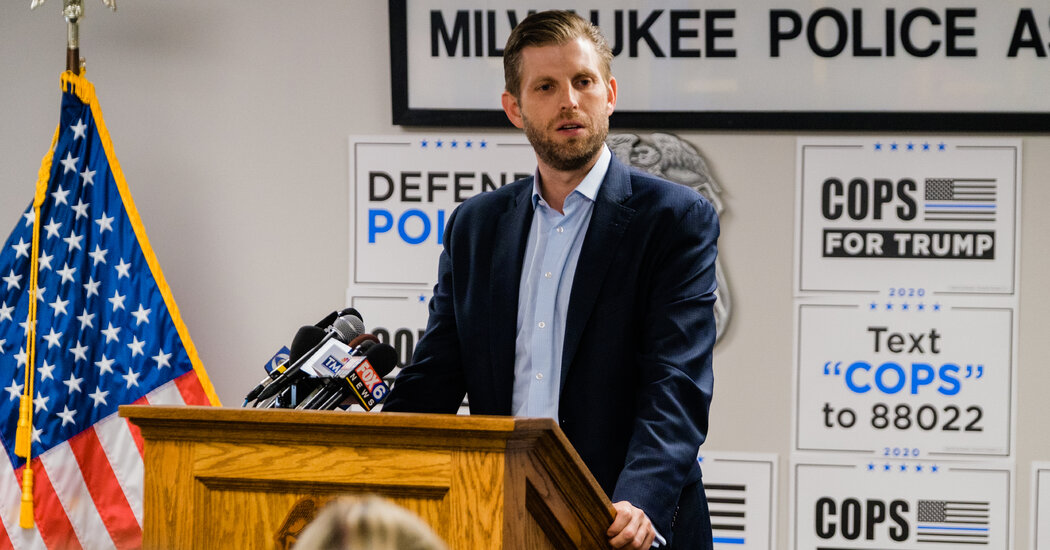 The filings in state court in Manhattan, made public on Monday, also ask the judge to order the real estate company, the Trump Organization, to hand over documents about four properties the attorney general’s office is investigating as part of an inquiry begun last year, one that the office says the company has stalled for months.

Eric Trump, the executive vice president of the company, abruptly canceled an interview under oath with the attorney general’s office last month, and last week the Trump Organization told the office that the company and its lawyers would not comply with seven subpoenas related to the investigation.

Attorney General Letitia James, a Democrat, started the civil inquiry in March 2019 after President Trump’s former lawyer, Michael D. Cohen, told Congress that the president had inflated his assets in financial statements to banks when seeking loans and understated them elsewhere to reduce his taxes.

The Trump Organization properties under investigation include the Trump International Hotel and Tower in Chicago, 40 Wall Street in Lower Manhattan and the Trump National Golf Club in Los Angeles.

The filings come as the president faces legal actions on multiple fronts. The Manhattan district attorney’s office has suggested in court filings that it is investigating possible bank and insurance fraud by the president and the Trump Organization.