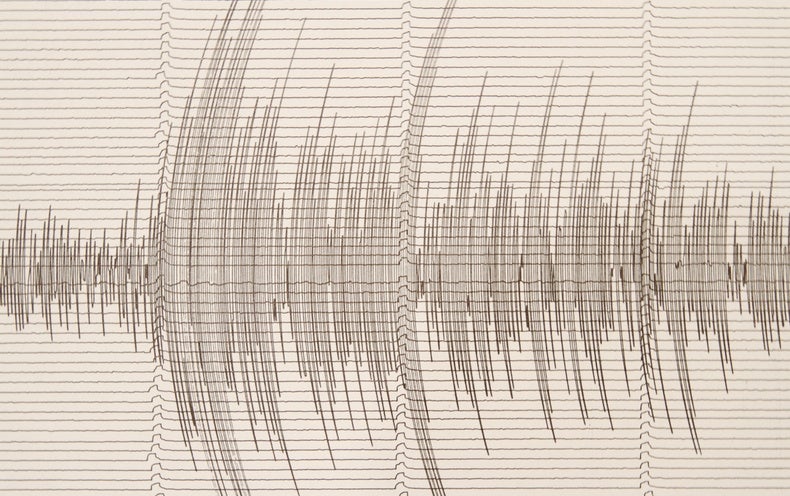 A devastating earthquake that rocked the Indonesian island of Sumatra in 1861 was long thought to be a sudden rupture on a previously quiescent fault. But new research finds that the tectonic plates below the island had been slowly and quietly rumbling against each other for 32 years before the cataclysmic event.

This decades-long, silent earthquake—known as a “slow-slip event”—was the longest sequence of its kind ever detected. It was too subtle and gradual to be noticed during its course, but a new study indicates it may have precipitated the massive 1861 temblor of at least magnitude 8.5, which in turn triggered a tsunami that killed thousands of people. The new study could help today’s scientists watch for dangerous quakes more effectively.

Like the better-known kind of earthquakes we feel rattling the earth’s surface, slow-slip quakes happen when two segments of crust move against each other. Some faults are now monitored for slow slip with seismic instruments or GPS technology, but tracing such events on remote faults (or prior to the 1990s, when GPS became available) is very difficult. Most recent slow-slip events that scientists have studied lasted for hours, days or weeks, with just a few lasting several years. The existence of a decades-long slow slip “says subduction zones are more diverse than we necessarily appreciated,” says Kevin Furlong, a geoscientist at Pennsylvania State University, who was not involved in the new research. (Subduction zones are areas where oceanic crust slides under continental crust.)

Near the Indonesian island of Simeulue off the coast of Sumatra, coral growth patterns record the up-and-down movements along the fault involved in the 1861 earthquake, providing a rare window into the past. Corals cannot grow when exposed to air. So when the local sea level changes as a result of tectonics, those changes are visible in corals’ skeletal growth records, says Rishav Mallick, a doctoral student at Nanyang Technological University in Singapore and lead author of the new study, which was published this month in Nature Geoscience. The corals at Simeulue hold an almost annual history of vertical movement at the fault from 1738 to 1861.

The corals reveal that Simeulue had been subsiding, or sinking, for 90 years at a steady rate of one or two millimeters a year, which is consistent with the fault’s background motion. But around 1829 it suddenly started sinking five to seven times faster—some years as much as a centimeter, Mallick says. That indicated the fault had started to move in a slow-slip quake. “It’s a very sharp change,” he says. This “rapid” subsidence continued until the huge 1861 quake.

The study highlights the complexity of subduction zones, Furlong says. For a long time, he notes, “the assumption was that, between the big earthquakes, the system was simple”: two sections of crust get locked against each other at the fault, building up strain until—crack—they break free with an earthshaking shudder.

Slow-slip events complicate this picture. They might even act as triggers for bigger, detectable quakes by relieving stress on one portion of a fault but adding strain to neighboring sections, Mallick says. “It’s like a bunch of springs,” he explains. “So if one releases, the others have to take up that load.”

The 2004 Indian Ocean earthquake and tsunami that killed more than 220,000 people were preceded by a few years of slow slip in the Andaman Islands, Mallick says. However, slow slip cannot yet help predict larger quakes because the duration of the slipping varies so much. There are no faults that have been monitored by GPS for 32 years straight, so modern monitoring may not be catching events as long-lasting as the 19th-century Indonesia slow slip. And not all faults are well monitored.  This is especially true at subduction faults under the ocean, which require special seafloor monitoring rather than GPS.