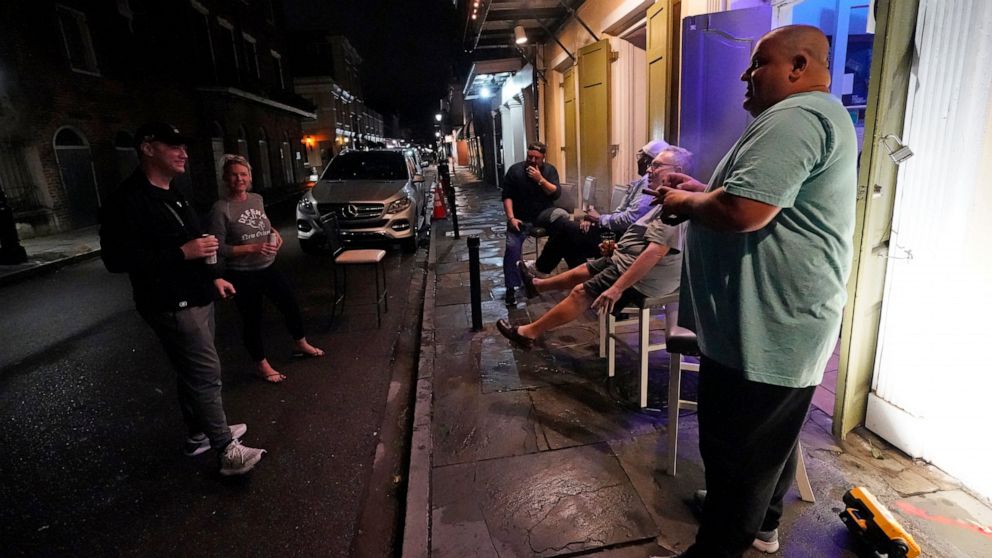 Zeta has weakened into a tropical storm over central Alabama

NEW ORLEANS — The Latest on Zeta (all times CDT):

Zeta has weakened into a tropical storm over central Alabama.

The National Hurricane Center says strong winds are continuing over across portions of the state and the Florida panhandle early Thursday.

The storm was about 25 miles (40 kilometers) south southeast of Tuscaloosa, Alabama, with maximum sustained winds of 70 mph (112 kmh). Zeta is moving quickly toward the northeast near 31 mph (49 kmh). The center of the storm will move across portions of the southeastern U.S. Thursday morning, move across the Mid-Atlantic states during the afternoon and over the western Atlantic by the evening. Additional weakening is expected and Zeta should decay into a non-tropical gale-force low later Thursday.

Storm surge warnings were in effect from the Mississippi/Alabama border to the Alabama/Florida border.

At least one person was killed as Zeta slammed into the storm-weary Gulf Coast on Wednesday, thrashing the New Orleans metro area with rain and generating winds that ripped apart buildings and knocked out power before making its way through Mississippi and Alabama.

NEW ORLEANS — New Orleans residents are left with a mess of storm debris on roads and lawns, some toppled trees and fences and power outages throughout the area after Hurricane Zeta.

“I don’t remember the last time we had a storm of this magnitude in October,” said Stephanie Becnel, surveying the damage with a flashlight, which mostly consisted of tree debris from the sprawling oaks lining the street outside her New Orleans home.

“We just cleaned up our yard and decorated for Halloween, so now we have to do it all over again,” Becnel said. “But I think that’s mainly what it’s going to be is just cleaning up debris, tree limbs, trash.”

Will Arute wasn’t so fortunate. A large section of oak tree snapped as the eyewall passed over New Orleans and crashed onto his car and a corner of the second story of his home. He said it sounded like a bomb went off.

“It was really intense, and the tree just cracked,” Arute said. “I did not anticipate this to happen. It was pretty intense along the eye wall when it went through here. Luckily, it wasn’t worse. No one got hurt. I just hope everybody else is safe.”

D’IBERVILLE, Miss. — Mackenzie Umanzor didn’t evacuate from D’Iberville, Mississippi, when she heard Hurricane Zeta would be coming through the area.

“The last hurricane that came through, like a month or so ago, we definitely prepared a lot more because we were told that it was going to be category two. … And it was a little bit of rain, a little bit of thunder, but really nothing too notable,” Umanzor, 19, said. “So then with Zeta, I didn’t personally prepare for it at all. … But it started hitting and raining and then it just increasingly got really bad, really fast.”

The 30-pound (14-kilogram) weights that Umanzor had placed in front of her glass doors to secure them were quickly blown aside.

“The wind just blew them right out,” she said. “All types of stuff, vases, plants, my side tables, just flying across the room.”

The doors were blown open and she suffered a cut to her hand from broken glass as she pulled two couches in front of the panes. The power went out, and outside, she could hear the sound of the roof of her shed coming loose.

“You could hear the tin roof waving in the wind and the stronger the wind got. It was just rattling. And there was a couple of snaps, lots of cracks of branches and trees falling. … it was pretty scary.”