The Latest: Delta churns toward Louisiana as Cat 2 storm 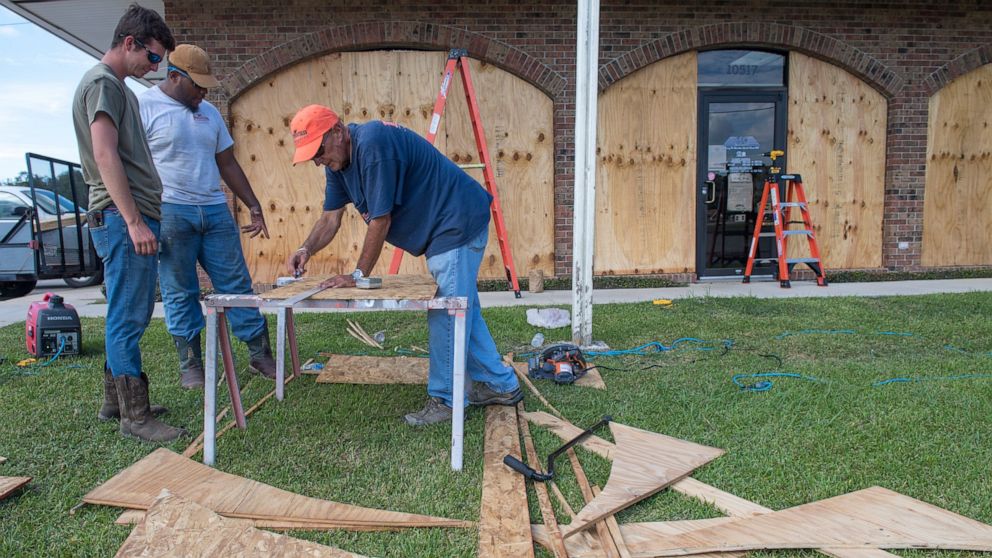 Hurricane Delta is continuing to churn toward the Louisiana coast, where it is expected to make landfall Friday evening

NEW ORLEANS — The Latest on Hurricane Delta (all times CDT):

Hurricane Delta is continuing to churn toward the Louisiana coast, where it is expected to make landfall Friday evening.

The National Hurricane Center said Thursday morning that the Category 2 storm is about 400 miles south of Cameron, Louisiana. It has maximum sustained winds of 105 mph (165 kph) and is moving northwest at 14 mph (22 kph).

Most of Louisiana is within Delta’s path, including the southwest area of the state around Lake Charles, where Category 4 Hurricane Laura caused considerable damage in late August.

A hurricane warning is in effect from High Island, Texas, to Morgan City, Louisiana.

A storm surge warning is in effect from High Island, Texas, to Ocean Springs, Mississippi. Forecasters say the storm surge could be as high as 7 to 11 feet (2.1 to 3.3 meters) in places between Rockefeller Wildlife Refuge and Port Fourchon, Louisiana.

Edwards spokeswoman Christina Stephens said a 30-second robocall being sent to most landlines was warning residents that Thursday is the last day they have to get ready.

Officials are also sending text messages to people who have signed up to receive information from the governor’s office. The messages note that much of Louisiana is under tropical storm or hurricane watches because of Delta, and that residents should “prepare now and have your emergency plans in place.”

MONTGOMERY, Ala. — Gov. Kay Ivey has lifted a mandatory evacuation order for tourists along Alabama’s coast as Hurricane Delta steams through the Gulf of Mexico toward a likely landfall in Louisiana.

The National Hurricane Center has said the storm is likely to have a minimal impact on coastal Mobile and Baldwin counties.

Ivey said Thursday that local officials had agreed to rescind the evacuation order, but urged residents to still monitor the storm for potential storm surge and heavy rain.

Coastal areas are still recovering from Hurricane Sally, which made landfall last month at Gulf Shores. Officials worried that debris along roadsides and erosion on beaches and dunes could worsen problems should Delta hit Alabama.