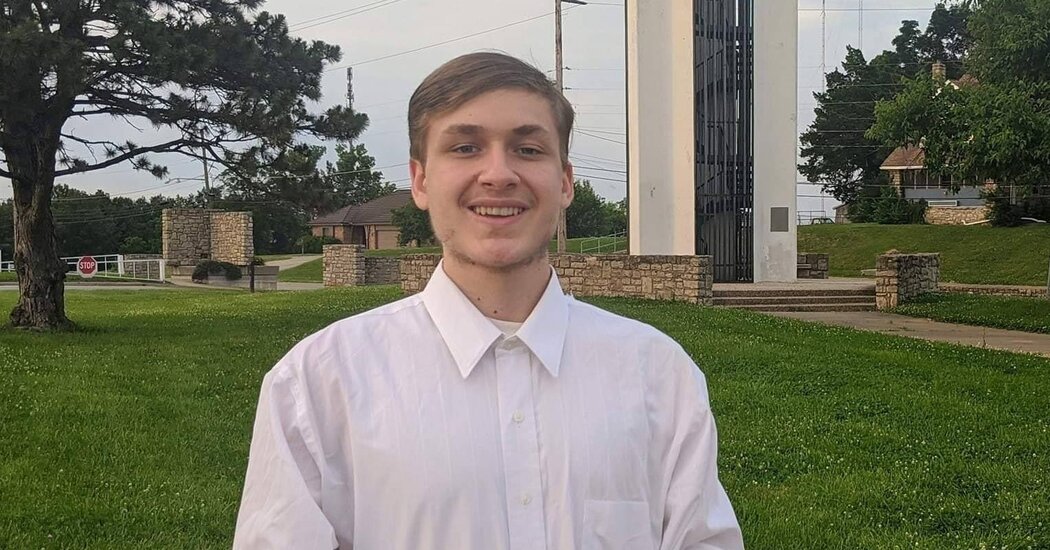 The candidate, Aaron Coleman, a dishwasher and community college student, defeated a seven-term incumbent, Stan Frownfelter, earlier this month by 14 votes in the Democratic primary for the 37th District seat in the Kansas House of Representatives. The final count was 823 to 809.

Days after Mr. Coleman’s unlikely victory, he withdrew, saying he wanted to focus on caring for his family. Democratic state leaders had distanced themselves from him after he won and said they worried that his past actions and his inappropriate comments as the primary election approached could hurt the party’s chances in key races.

But on Tuesday, Mr. Coleman said he was back in the race. In a statement posted from his Twitter account, he said that he had been under attack from the moment he won. “I obviously did not expect to have my entire personal life, especially what I did in middle school, put under that kind of national microscope,” he said.

Mr. Coleman said voters had known about his troubled past when they voted for him. In June, two months before the primary, he said that allegations that he had harassed, bullied and threatened girls online when he was in middle school were accurate.

He told one sixth-grade girl that she was fat and that she should kill herself. He circulated nude images of another girl, 13 at the time, after she refused to send him more images.

VCU Fraternity is Suspended After Death of Student

Far-Right Groups Are Splintering in Wake of the Capitol Riot