The Justice Dept. intervened to help Trump in a lawsuit brought by E. Jean Carroll. 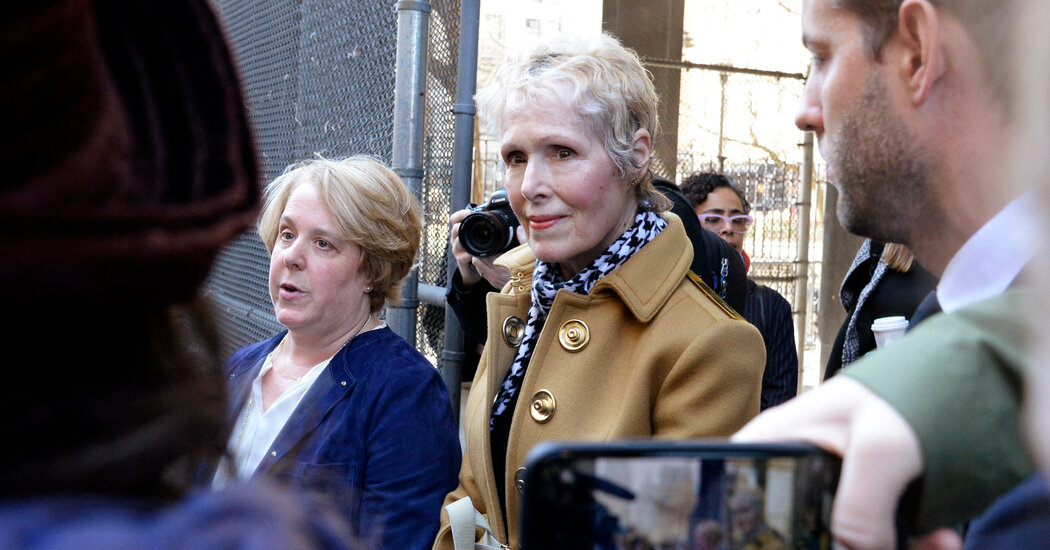 In a highly unusual legal maneuver, the Justice Department moved on Tuesday to replace President Trump’s private lawyers and defend him against a defamation lawsuit brought in state court by the author E. Jean Carroll, who has accused him of raping her in a Manhattan department store in the 1990s.

Lawyers for the Justice Department said in court papers that Mr. Trump was acting in his official capacity as president when he denied ever knowing Ms. Carroll.

Citing a law called the Federal Tort Claims Act, the lawyers asserted the right to take the case from Mr. Trump’s private lawyers and move the matter from state court to federal court. The tort claims act gives employees of the federal government immunity from lawsuits, though legal experts say that it has rarely, if ever, been used to protect a president, especially for actions taken before he entered office..

“The question is,” said Steve Vladeck, a University of Texas law professor, “is it really within the scope of the law for government lawyers to defend someone accused of lying about a rape when he wasn’t even president yet?”

Ms. Carroll’s lawyer said in a statement issued Tuesday evening that the move by the Justice Department to intervene in the case was a “shocking” attempt to bring the power of the United States government to bear on a private legal matter.

“Trump’s effort to wield the power of the U.S. government to evade responsibility for his private misconduct is without precedent,” the lawyer, Roberta A. Kaplan, said in the statement, “and shows even more starkly how far he is willing to go to prevent the truth from coming out.”

The Justice Department’s motion came only a month after a state judge in New York issued a ruling that potentially opened the door to Mr. Trump being deposed in the case before the election.

Ms. Carroll, a writer, sued Mr. Trump last November, claiming that he lied by publicly denying he had ever met her. In a memoir published last summer, she maintained that Mr. Trump sexually assaulted her nearly 30 years ago in a dressing room at Bergdorf Goodman.