The Great Barrier Reef Has Lost Half Its Corals 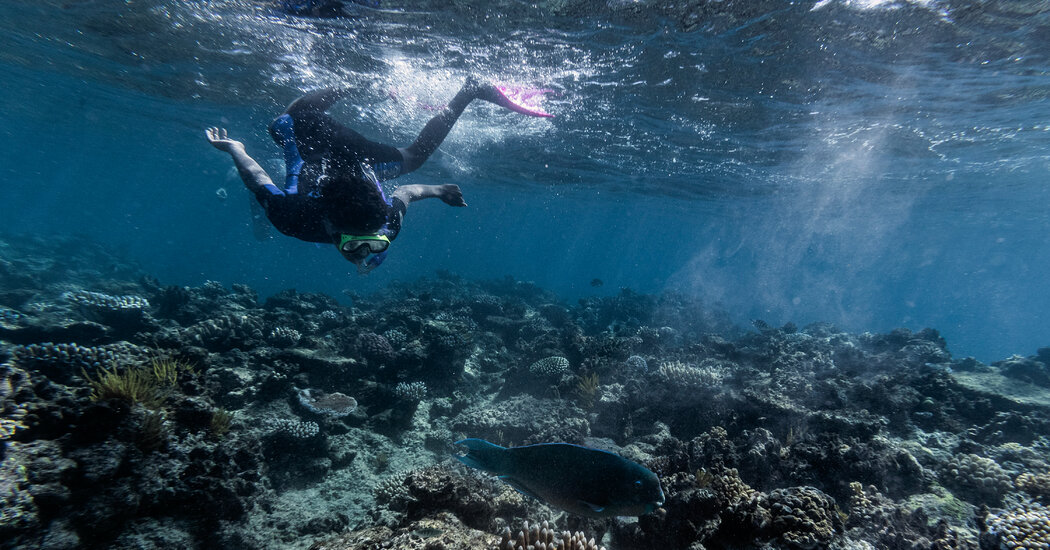 The Great Barrier Reef, one of the earth’s most precious habitats, lost half of its coral populations in the last quarter-century, a decline that researchers in Australia said would continue unless drastic action is taken to mitigate the effects of climate change.

Researchers studied coral colonies along the length of the reef between 1995 and 2017 and found that almost every coral species had declined.

Colony sizes were smaller; there were fewer “big mamas,” or older large corals that produce baby corals; and there were fewer of those babies, which are vital to the reef’s future ability to breed.

“Our results show the ability of the Great Barrier Reef to recover — its resilience — is compromised compared to the past, because there are fewer babies, and fewer large breeding adults,” Dr. Andy Dietzel, the lead author of the study, said in a statement.

The study was published on Wednesday in the journal Proceedings of the Royal Society.

Dr. Dietzel and other researchers from the ARC Center of Excellence for Coral Reef Studies in Queensland, Australia, measured changes in colony sizes as a way of understanding the capacity of corals to breed.

Bleaching — a process in which corals expel algae and turn white as water temperatures rise — contributed to steep losses of coral colonies in the northern and central Great Barrier Reef in 2016 and 2017. The southern part of the reef was also exposed to record-setting temperatures in early 2020, according to the researchers, who cited climate change as one of the major drivers of disturbances to the reef.

“There is no time to lose,” the researchers said in their statement. “We must sharply decrease greenhouse gas emissions ASAP.”

“We used to think the Great Barrier Reef is protected by its sheer size — but our results show that even the world’s largest and relatively well-protected reef system is increasingly compromised and in decline,” one of the researchers, Terence Hughes, said in a statement.

The decline of “branching and table-shaped corals,” which provide critical habitats for fish, was especially pronounced, the researchers said.

“These were the worst affected by record-breaking temperatures that triggered mass bleaching in 2016 and 2017,” Professor Hughes said.

“The changes to the Reef are shocking,” he added on Twitter.

He lamented what he saw as a lack of attention to the study from government leaders in Australia, the world’s biggest coal exporter. The government has resisted calls to reduce carbon emissions even as heat waves, drought and fires continue to reveal the country’s vulnerability to climate change.

The Great Barrier Reef, which supports a vast array of marine life, has between 300 and 400 coral species and stretches for thousands of kilometers across the Australian coast.

“You can literally see it from space,” said Deron Burkepile, a professor in the department of ecology, evolution and marine biology at the University of California, Santa Barbara.

Coral reefs worldwide are responsible for billions of dollars in tourism and provide habitats for fish that feed close to one billion people on the planet, he said.

The findings of the Australian researchers were significant, he said, because they focused on the reef’s breeding capacity and its ability to recover from devastating bleaching events caused by human-caused climate change.

But people should not feel hopeless about the future of coral reefs, he said, even as they wait for world leaders to take more aggressive steps to curb the effects of climate change.

At the local level, for example, nitrogen pollution — which exacerbates bleaching — can be controlled by mitigating fertilizer and sewage runoff, according to a study that Professor Burkepile conducted with other researchers at his university.

“The other thing that we need to take away is that coral reefs are amazingly resilient,” he said. “If we don’t continually damage them, they will recover.”