The G.O.P.’s official stance in 2020 is that it is for whatever Trump says. 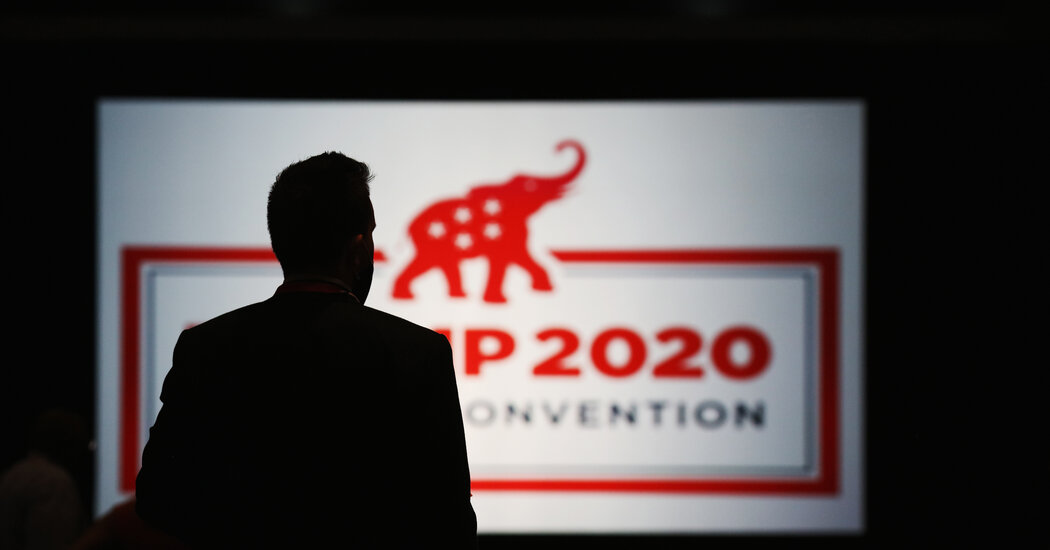 Every four years since 1856, the Republican Party has produced a platform articulating its priorities for the next president.

But like so much else disrupted by President Trump, the Republican National Committee has dispensed with producing a 2020 platform, instead passing a resolution renewing what delegates enacted in 2016, bashing the news media and offering wholehearted support for Mr. Trump.

“The Republican Party has and will continue to enthusiastically support the president’s America-first agenda,” reads the resolution, adopted this past weekend in Charlotte, N.C., just before the start of the Republican National Convention.

Most of what is on that agenda also remains a mystery — and is subject to change. Several times this summer, Mr. Trump has been asked by friendly Fox News hosts to articulate his second-term priorities, and he has regularly failed to reveal his plans.

So while the G.O.P. platform of 1856 called for abolishing “those twin relics of barbarism — polygamy and slavery” and building a transcontinental railroad, the party’s official stance in 2020 is that it is for whatever Mr. Trump says.

In June, the Republican National Committee announced it would not write a 2020 platform. It has instead carried over its 2016 version, word for word, including more than three dozen outdated condemnations of the “current” president — which was, when the document was written, Barack Obama.

Though in practice, a party’s platform often has little correlation with how a candidate campaigns or would govern as president, it has for more than a century served as guidance for what political parties believe.

Republicans this week found themselves maintaining that keeping the 2016 platform indicated that their party’s principles and priorities have not shifted during the Trump era.