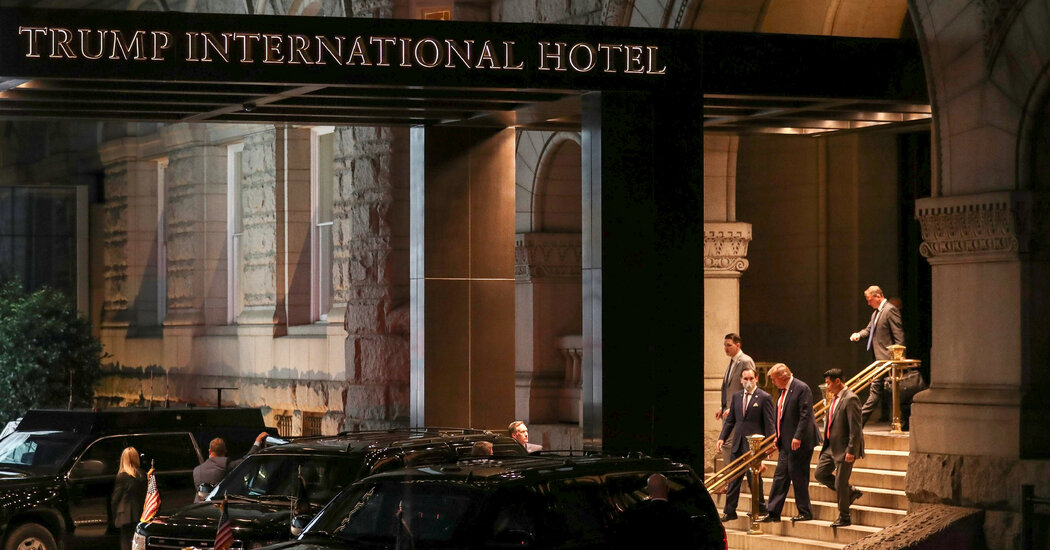 And while Mr. Trump maintains a vast and devoted following among working-class supporters, they are not, for the most part, the future clientele of the resorts that became magnets for suitors seeking to rub shoulders, or win favors, from a sitting president.

Even in defeat, Mr. Trump has raised more than $250 million in political donations since the election. Yet while some of that money could be spent in ways that artfully, or aggressively, intermingle expenses on political work with personal and business costs, campaign finance laws would not allow Mr. Trump to use the entire amount to buttress his businesses.

After prior challenges, Mr. Trump portrayed himself as a comeback kid, someone who independently rose above financial adversity by striking fabulous new deals. What he hid from view was the degree to which his father’s fortune and a second fortune of entertainment money — the combined equivalent today of nearly $1 billion — provided a reservoir of cash that could cover repeated failures.

In the late 1980s, as his hodgepodge empire of casinos, hotels, an airline and a football team began to collapse under the weight of excessive debt and high expenses, Mr. Trump’s father secretly stepped in, covering a $3 million interest payment here, a $15 million loss on a new apartment building there.

Later, after the financial crisis that began in 2008, Mr. Trump defaulted on huge loans on his Chicago tower, much of his commercial space went empty and his casinos neared another bankruptcy. Though disaster loomed for the businesses he was running, Mr. Trump collected more than $154 million from 2008 through 2011 from “The Apprentice” and licensing his name for use on projects run by other people.

He received the last multimillion-dollar share of his inheritance about two years ago. And the wellspring of entertainment riches had nearly dried up by the time he entered politics, falling from profits in excess of $50 million during peak years to below $3 million in 2018. (Of course, not paying his debts also played a significant role in both turnarounds.)