The family of an Arizona woman killed by members of the Islamic State will be Pence’s guests at the debate. 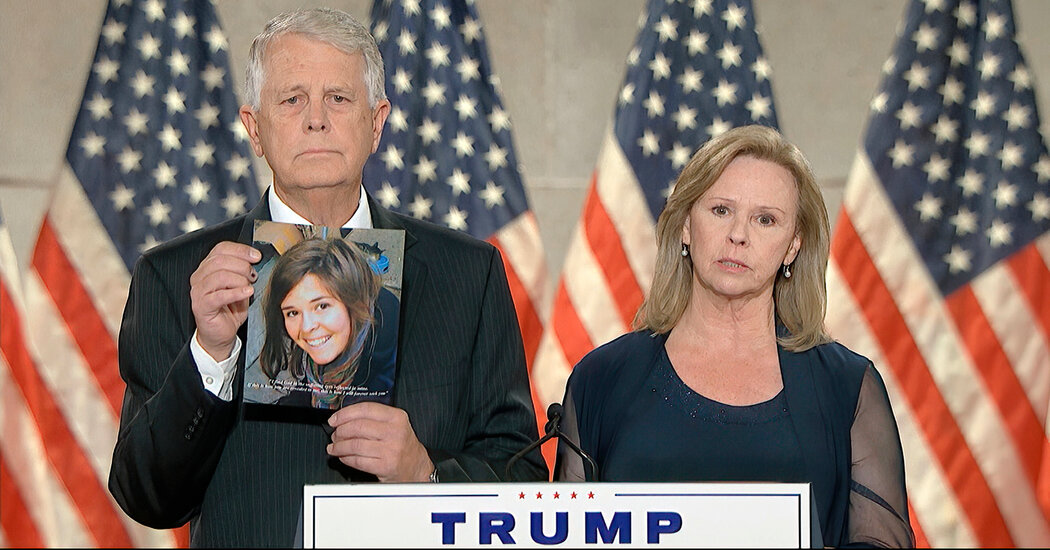 The family of an Arizona woman who was captured, tortured and then killed by members of the Islamic State will be guests of Vice President Mike Pence at his first debate against Senator Kamala Harris, an administration official said.

Kayla Mueller was on a humanitarian mission to Turkey when she was captured in 2013. Two years later, officials determined that she had been killed in captivity. The debate is taking place the same day that two notorious Islamic State detainees were extradited from Britain.

Mr. Pence’s aides are seeking to draw a contrast between President Trump and his Democratic challenger, former Vice President Joseph R. Biden Jr., who had urged caution when the Obama administration discussed the raid that led to the killing of Osama bin Laden in 2011.

Carl and Marsha Mueller, Ms. Mueller’s parents, spoke at the Republican National Convention at the end of August. They said they believed that their daughter would have been rescued if Mr. Trump had been in office at the time.