The Evolving Quest for a Grand Unified Theory of Mathematics 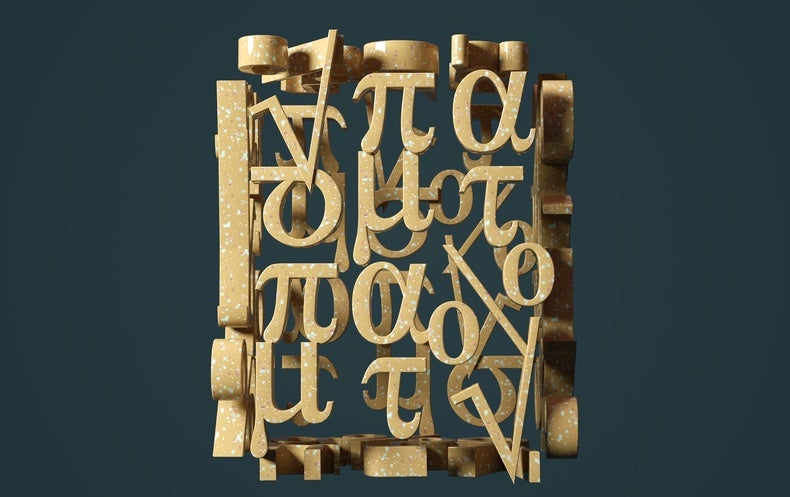 Within mathematics, there is a vast and ever expanding web of conjectures, theorems and ideas called the Langlands program. That program links seemingly disconnected subfields. It is such a force that some mathematicians say it—or some aspect of it—belongs in the esteemed ranks of the Millennium Prize Problems, a list of the top open questions in math. Edward Frenkel, a mathematician at the University of California, Berkeley, has even dubbed the Langlands program “a Grand Unified Theory of Mathematics.”

The program is named after Robert Langlands, a mathematician at the Institute for Advanced Study in Princeton, N.J. Four years ago, he was awarded the Abel Prize, one of the most prestigious awards in mathematics, for his program, which was described as “visionary.”

Langlands is retired, but in recent years the project has sprouted into “almost its own mathematical field, with many disparate parts,” which are united by “a common wellspring of inspiration,” says Steven Rayan, a mathematician and mathematical physicist at the University of Saskatchewan. It has “many avatars, some of which are still open, some of which have been resolved in beautiful ways.”

Increasingly mathematicians are finding links between the original program—and its offshoot, geometric Langlands—and other fields of science. Researchers have already discovered strong links to physics, and Rayan and other scientists continue to explore new ones. He has a hunch that, with time, links will be found between these programs and other areas as well. “I think we’re only at the tip of the iceberg there,” he says. “I think that some of the most fascinating work that will come out of the next few decades is seeing consequences and manifestations of Langlands within parts of science where the interaction with this kind of pure mathematics may have been marginal up until now.” Overall Langlands remains mysterious, Rayan adds, and to know where it is headed, he wants to “see an understanding emerge of where these programs really come from.”

The Langlands program has always been a tantalizing dance with the unexpected, according to James Arthur, a mathematician at the University of Toronto. Langlands was Arthur’s adviser at Yale University, where Arthur earned his Ph.D. in 1970. (Langlands declined to be interviewed for this story.)

“I was essentially his first student, and I was very fortunate to have encountered him at that time,” Arthur says. “He was unlike any mathematician I had ever met. Any question I had, especially about the broader side of mathematics, he would answer clearly, often in a way that was more inspiring than anything I could have imagined.”

During that time, Langlands laid the foundation for what eventually became his namesake program. In 1969 Langlands famously handwrote a 17-page letter to French mathematician André Weil. In that letter, Langlands shared new ideas that later became known as the “Langlands conjectures.”

In 1969 Langlands delivered conference lectures in which he shared the seven conjectures that ultimately grew into the Langlands program, Arthur notes. One day Arthur asked his adviser for a copy of a preprint paper based on those lectures.

“He willingly gave me one, no doubt knowing that it was beyond me,” Arthur says. “But it was also beyond everybody else for many years. I could, however, tell that it was based on some truly extraordinary ideas, even if just about everything in it was unfamiliar to me.”

The Conjectures at the Heart of It All

The reciprocity conjecture connects to the work of Alexander Grothendieck, famous for his research in algebraic geometry, including his prediction of “motives.” “I think Grothendieck chose the word [motive] because he saw it as a mathematical analogue of motifs that you have in art, music or literature: hidden ideas that are not explicitly made clear in the art, but things that are behind it that somehow govern how it all fits together,” Arthur says.

The reciprocity conjecture supposes these motives come from a different type of analytical mathematical object discovered by Langlands called automorphic representations, Arthur notes. “‘Automorphic representation’ is just a buzzword for the objects that satisfy analogues of the Schrödinger equation” from quantum physics, he adds. The Schrödinger equation predicts the likelihood of finding a particle in a certain state.

The second important conjecture is the functoriality conjecture, also simply called functoriality. It involves classifying number fields. Imagine starting with an equation of one variable whose coefficients are integers—such as x2 + 2x + 3 = 0—and looking for the roots of that equation. The conjecture predicts that the corresponding field will be “the smallest field that you get by taking sums, products and rational number multiples of these roots,” Arthur says.

The offshoot, geometric Langlands, expanded the territory this mathematics covers. Rayan explains the different perspectives the original and geometric programs provide. “Ordinary Langlands is a package of ideas, correspondences, dualities and observations about the world at a point,” he says. “Your world is going to be described by some sequence of relevant numbers. You can measure the temperature where you are; you could measure the strength of gravity at that point,” he adds.

With the geometric program, however, your environment becomes more complex, with its own geometry. You are free to move about, collecting data at each point you visit. “You might not be so concerned with the individual numbers but more how they are varying as you move around in your world,” Rayan says. The data you gather are “going to be influenced by the geometry,” he says. Therefore, the geometric program “is essentially replacing numbers with functions.”

The geometric program has already been linked to physics, foreshadowing possible connections to other scientific fields.

In 2018 Kazuki Ikeda, a postdoctoral researcher in Rayan’s group, published a Journal of Mathematical Physics study that he says is connected to an electromagnetic duality that is “a long-known concept in physics” and that is seen in error-correcting codes in quantum computers, for instance. Ikeda says his results “were the first in the world to suggest that the Langlands program is an extremely important and powerful concept that can be applied not only to mathematics but also to condensed-matter physics”—the study of substances in their solid state—“and quantum computation.”

Connections between condensed-matter physics and the geometric program have recently strengthened, according to Rayan. “In the last year the stage has been set with various kinds of investigations,” he says, including his own work involving the use of algebraic geometry and number theory in the context of quantum matter.

Other work established links between the geometric program and high-energy physics. In 2007 Anton Kapustin, a theoretical physicist at the California Institute of Technology, and Edward Witten, a mathematical and theoretical physicist at the Institute for Advanced Study, published what Rayan calls “a beautiful landmark paper” that “paved the way for an active life for geometric Langlands in theoretical high-energy physics.” In the paper, Kapustin and Witten wrote that they aimed to “show how this program can be understood as a chapter in quantum field theory.”

Elliott notes that viewing quantum field theory from a mathematical perspective can help glean new information about the structures that are foundational to it. For instance, Langlands may help physicists devise theories for worlds with different numbers of dimensions than our own.

The reaches of these programs may not stop at math and physics. “I believe, without a doubt, that [they] have interpretations across science,” Rayan says. “The condensed-matter part of the story will lead naturally to forays into chemistry.” Furthermore, he adds, “pure mathematics always makes its way into every other area of science. It’s only a matter of time.”