The Dire Wolf Might Have Prowled Asia, Fossil Suggests 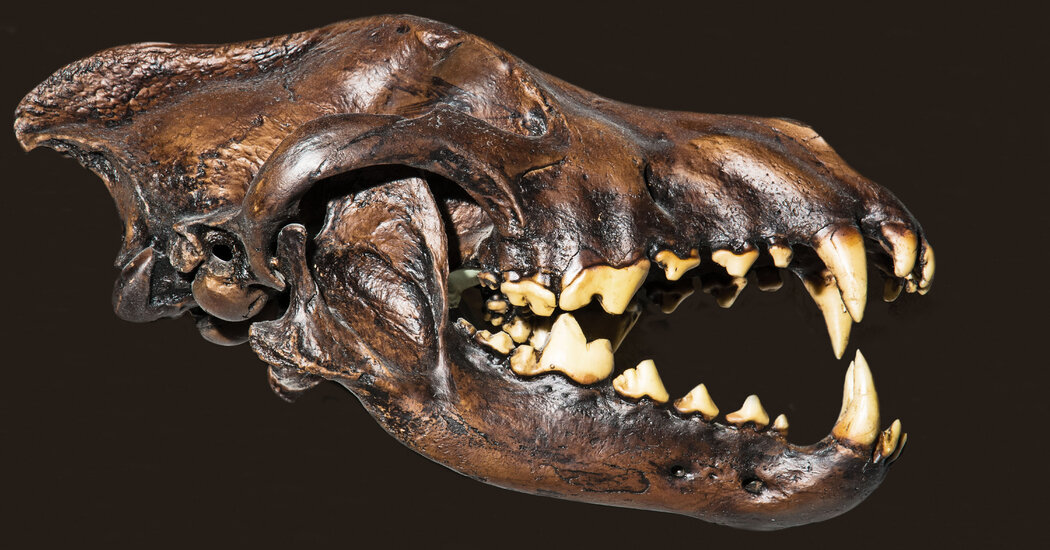 Heftier than modern-day gray wolves and capable of cracking the bones of their prey, dire wolves were among the Pleistocene’s most-feared hunters. It’s long been believed that these top predators lived only in the Americas, but researchers have now unearthed the first fossil evidence that dire wolves also inhabited Asia, which they reported this month in Quaternary International.

In 2017, a sand-mining operation on the Songhua River in northeastern China dredged up an unusual fossil. The specimen, roughly four inches long, was a fragment of a lower jawbone with an intact molar, and it clearly belonged to a canine species. But the fossil was distinctly different from the gray wolf jawbones that had been previously unearthed from the river’s depths.

For starters, the molar topped an inch and a quarter in length. “It’s much bigger than the gray wolf’s,” said Xijun Ni, a paleoanthropologist at the Chinese Academy of Sciences.

Dr. Ni and his team brought the jawbone to their laboratory in Beijing. There, they used computed tomography scanning to build a three-dimensional model of the fossil. The researchers compared more than a dozen of its anatomical features with measurements from extinct and living canines. The closest match, they found, was the extinct Canis dirus, the dire wolf.

That discovery was unexpected, said Dr. Ni, because it’s long been believed that dire wolves prowled only in the Americas, where many have been found, including thousands preserved in the tar pits of California’s Rancho La Brea. In fact, it’s rare to find dire wolf fossils above a latitude of 42 degrees north, about the latitude of the California-Oregon border. However, the animals must have traveled much further north to make it to Asia, the researchers propose: They would have traversed a landmass bridging what is today Alaska and Russia.

“They dispersed like the other large mammals and even human beings along the Bering Land Bridge,” Dr. Ni said.

But dire wolves, which were about 25 percent heavier than gray wolves, never flourished in Asia, Dr. Ni and his collaborators suggested, based on the paucity of fossils found there (this is the first). That’s probably because dire wolves faced stiff competition in Asia, most likely from spotted hyenas, a similarly sized predator that had bigger teeth and stronger jaw muscles, perfect for crushing bones to extract their nutrient-laden marrow.

It would be “exceptionally interesting” if dire wolves really had migrated into Asia, said Larisa R. G. DeSantis, a vertebrate paleontologist at Vanderbilt University in Nashville who was not involved in the research. But this is just one specimen, she cautioned, and it is notoriously difficult to differentiate species of canines based on the shapes of their bones and teeth alone.

Sequencing the DNA in the fossil would seal the deal, however, she said. “Exceptional claims require exceptional evidence.”