The Democrat the White House Fears the Most 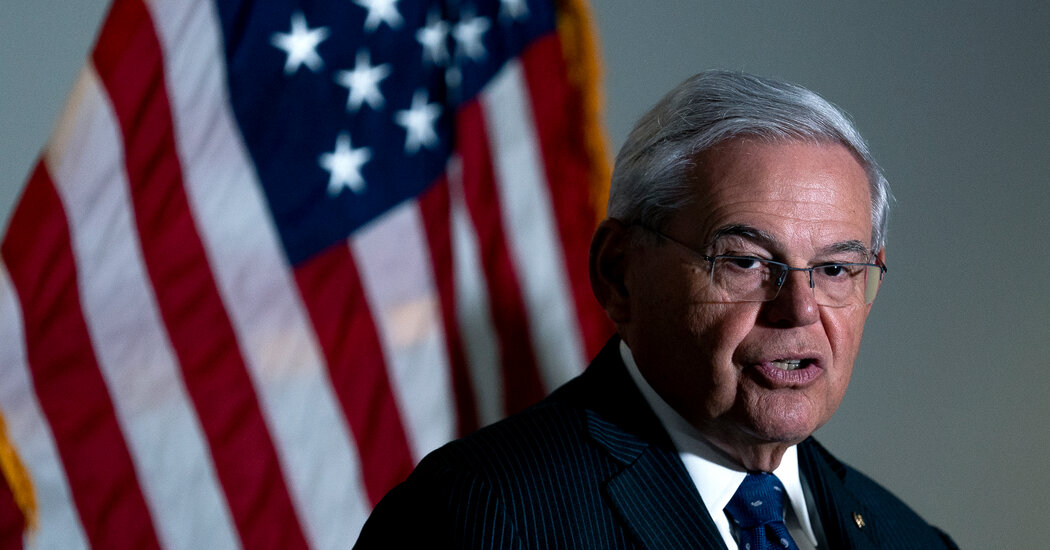 This month, after The New York Times first reported that U.S. officials were visiting Caracas to explore talks with oil-rich Venezuela, the diplomatic gambit drew an angry response from one senator in particular.

“The democratic aspirations of the Venezuelan people,” Senator Robert Menendez of New Jersey said in a blistering statement, “are worth much more than a few thousand barrels of oil.”

These were harsh words coming from a member of the president’s own party, who was furious that he hadn’t been adequately consulted on the trip. But they were emblematic of the extraordinary influence the New Jersey Democrat wields over some of the most politically radioactive topics in U.S. foreign policy, current and former lawmakers, officials and Senate aides say. The administration quickly denied accusations that the Caracas trip was part of an effort to find new supplies of energy to replace Russian oil or to undercut the Venezuelan opposition.

“There is no dialogue between us and the regime,” Jen Psaki, the White House press secretary, said under questioning from reporters.

The episode is only the most recent example of how Menendez, who chairs the Senate Foreign Relations Committee, is able to define the boundaries of what is acceptable on subjects from Iran to Venezuela. He is plugged in with Washington-savvy pro-Israel groups and with the politically active Cuban- and Venezuelan-American communities in South Florida. Sometimes in sync with the administration and often at odds with it, he is always to be handled with a healthy amount of respect and fear.

“He’s somebody that you need on your side no matter what, so they’re very careful,” said Juan Cruz, who served as a senior director for the Western Hemisphere during the Trump administration.

Last year, in a measure of the deference given to Menendez, the White House allowed him to suggest who should and should not be invited to an event with President Biden. The three individuals Menendez nixed were critics of the decades-old economic embargo of Cuba, which many on the left view as an example of a failed, right-wing policy.

“Menendez has a very moralistic and inflexible view on the use of sanctions to punish and improve human rights, regardless of evidence,” said Christopher Sabatini, a senior fellow for Latin America at Chatham House, a think tank in London.

At the same time, Menendez has been a crucial administration ally on a number of Biden’s priorities, from clearing a path for dozens of appointees Republicans have tried to block to fostering a bipartisan consensus on the Ukraine war. Top administration officials consult with Menendez multiple times a month. His relationship with Biden is also a vast improvement over the tension-filled Obama era, allies said.

“Chairman Menendez is a partner on our foreign policy goals and this administration benefits from his counsel,” said Adrienne Watson, a spokeswoman for the White House’s National Security Council.

In response to questions about tensions with the Biden administration, Menendez’s office pushed back hard on the perception that he approached the job of chairman any differently than he had under previous presidents of both parties.

The next showdown with Menendez: Iran

Menendez’s clout may soon be tested anew if and when the administration unveils its long-awaited reset of the Iran nuclear deal.

In recent days, officials have briefed members of House and Senate committees about the status of the talks in Vienna, and details of the 25-page agreement have begun to spill out in newspaper accounts.

One of the final obstacles, according to those who have attended the briefings, is Iran’s demand that the U.S. no longer designate the Iranian Revolutionary Guards Corps as a foreign terrorist organization.

Doing so would mean little in a practical sense because other sanctions on the group still apply, proponents of a deal say. But the Biden administration would need to expend precious political capital defending the move at a time when it has little to spare.

“I’d want to see what that means in practice,” said Representative Tom Malinowski, Democrat of New Jersey, who said he was waiting to see the text of an agreement. “But once Iran gets the bomb, our ability to confront their other malign activities will be diminished.”

Senator Chris Murphy, a Democrat of Connecticut, said in an interview that he’d seen “bone-chilling” assessments of how close Iran is to producing weapons-grade uranium. Others who have been briefed on the U.S. intelligence assessments say Iran could produce enough fissile material for a nuclear weapon in as little as two weeks, escalating the risk that Israel might take military action.

“The consequences of no deal are horrific,” Murphy said. “And there is no other practical path to stop Iran from getting a nuclear weapon other than diplomacy.”

The main reason the crisis has reached this point, advocates of a deal say, is Donald Trump’s withdrawal from the original nuclear deal, which allowed Iran to keep enriching uranium past agreed-upon levels.

But the Biden administration also moved too slowly to engage Tehran upon entering office, fearing Menendez-led blowback on Capitol Hill.

“It didn’t want to lose fence-sitters in Congress,” said Ali Vaez, an Iran expert at the International Crisis Group.

Now that a deal is close, administration officials are being cagey about whether they believe Congress must be allowed to review its terms. Under a bipartisan law passed in 2015, the Iran Nuclear Agreement Review Act, the administration must submit the text of any “new” agreement to congressional oversight.

Menendez, who opposed the original nuclear agreement in 2015 and has criticized the current deal under discussion, has signaled he will insist on the Senate having its say. In February, he teamed up with Senator Lindsey Graham, a Republican of South Carolina, to propose his own diplomatic solution to the nuclear standoff.

“There is no chance in bringing Senator Menendez on board, and the alternative that he offers is unworkable for the administration,” Vaez said. “I think it’s a lost cause.”

State Department officials caution that “an agreement is neither imminent nor certain,” as one put it. The administration is also still examining its legal options regarding congressional review of a potential deal, which might not technically qualify as “new.”

If an Iran deal is put to a vote in the Senate, Menendez’s reaction will be crucial. Republicans most likely will uniformly oppose it. The administration can still afford to lose a handful of Democrats, because only 41 votes would be needed to allow a revived agreement to proceed. But it might take some arm twisting to round up enough votes to win.

Ben Cardin, the hawkish Maryland senator, has already expressed concerns about delisting the Revolutionary Guards. Other influential Democrats on the Senate Foreign Relations Committee, such as Chris Coons of Delaware, have said little in support of a fresh deal.

A defeat in the Senate could deal the president a damaging blow on one of his signature foreign policy initiatives, supporters of the talks warn. And given Iran’s rapid advance toward producing weapons-grade uranium, should diplomacy fail, the president could be facing the prospect of a new conflict in the Middle East on top of a grinding war in Ukraine.

If there is no deal, Vaez said, “I think this will escalate very quickly and the specter of war will emerge as soon as the spring.”

We interrupt this program

It’s certainly not rare for a senator questioning a nominee to interrupt. At one point during the Supreme Court confirmation hearings this morning, Senator Thom Tillis, Republican of North Carolina, did just that, apologizing to Judge Ketanji Brown Jackson as he did so and explaining he had only four minutes left.

But Senator Lindsey Graham, Republican of South Carolina, took it to another level — one that made the interruptions themselves, not the content of the questions and answers, the main feature of his line of questioning.

During Graham’s exchange with Jackson on Wednesday, she asked for permission to speak multiple times, with Senator Richard J. Durbin, a Democrat and the chair of the Judiciary Committee, occasionally hopping in to help. When Jackson did speak, Graham shook his head dismissively or fidgeted in his chair, trying to jump in.

Toward the end of his line of questioning, our colleague Catie Edmondson described “audible groaning and noises of protest from many of the spectators” as Graham interrupted her. When his time was up, he left the dais.

Senator Ted Cruz, Republican of Texas, later tried to one-up Graham, refusing to stop talking when his time was up. When he asked Durbin why he wouldn’t allow his last question, Durbin said, “You wouldn’t allow her” to answer anyway.

And what was Cruz’s excuse for more time? Durbin wouldn’t stop interrupting him.